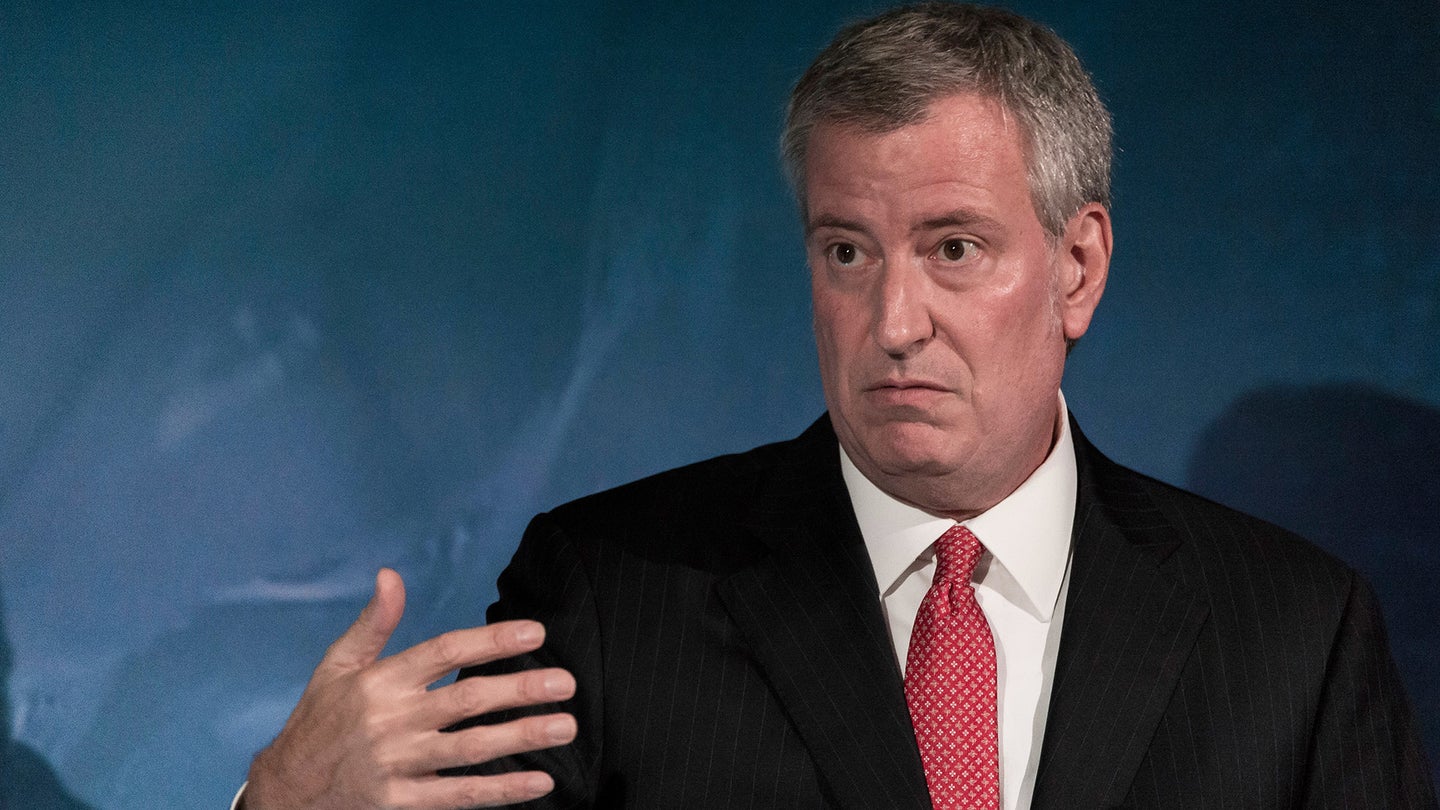 So, remember a few days back, when we were all surprised to hear that General Motors and its Cruise Automation division would soon be bringing their self-driving cars to the streets of New York City with governmental approval? Yeah, turns out someone else was a bit taken aback by the news: NYC's mayor, Bill de Blasio.

"This announcement was done without any knowledge of the City of New York, and that’s unacceptable," de Blasio said, according to WCBS. "From my point of view, this should never have been done without consulting with the NYPD and Department of Transportation...we’re going to work vigorously to stop it."

The mayor's claimed beef with GM's planned autonomous vehicle test stems from his concerns about the safety of the still-fledgling technology. De Blasio has made road safety a key part of his platform, instituting a plan called "Vision Zero" that seeks to eliminate traffic deaths and injuries alike from the city's streets entirely; his words suggest he views introducing self-driving Chevy Bolts, even ones with engineers there to supervise and intervene, as a step in the wrong direction—especially considering the state hasn't spoken with the New York Police Department or the local Department of Transportation, as he claims they haven't.

“I really don’t like it. I think it’s a mistake. I think that it creates a danger,” he said, according to Curbed New York. “The last thing we wanna do is create a potential new danger so we’re gonna be very aggressive in saying this is not a good idea unless it is carefully vetted.”

But the mayor wasn't the only notable NYC politician who claims to have been left out of the decision-making loop on the autonomous vehicle call. City council speaker Melissa Mark-Viverito also told reporters that she'd never been contacted about the plan, then doubled down on that assertion on Twitter.

The move appears to be just the latest round in the childish rivalry between de Blasio and New York governor Andrew Cuomo, whose spokesperson took to Twitter to swear that NYC officials had indeed been informed, thus insinuating that De Blasio & Co. must be lying liars with pants afire.

The governor's office went on to add to The New York Post that it had spoken with NYC Transportation Commissioner Polly Trottenberg in August about GM's self-driving car plans—a fact city officials reportedly said wasn't in-depth enough to be considered official notice.

Likewise, a spokesperson for the state Department of Motor Vehicles used the traditionally blunt language of New York public officials to say that, in effect, he can moan all he wants, but his complaints are worth as much as those deeds to the Brooklyn Bridge George C. Parker used to sell.

“The mayor can do whatever he wants but the city is subject to state jurisdiction—it’s Government 101,” spokesperson Tiffany Portzer told the Post. “We understand that the mayor’s taxi-industry donors don’t like it, but it is the future and all states are exploring it.”

Cuomo and de Blasio—both Democrats—have been engaged in governmental pissing matches over a wide variety of issues in the four years they've co-inhabited their offices, many of them transit-related. Recently, the two have traded barbs and accusations over everything from who bears responsibility for New York City's ailing subway system to congestion pricing for NYC's bridges to the amount the state is paying to make such bridges look all pretty at night.

Uber and other for-hire vehicles may not have the capacity to fulfill new requirements in New York.