Big trucks get big screens and in this case, it works. 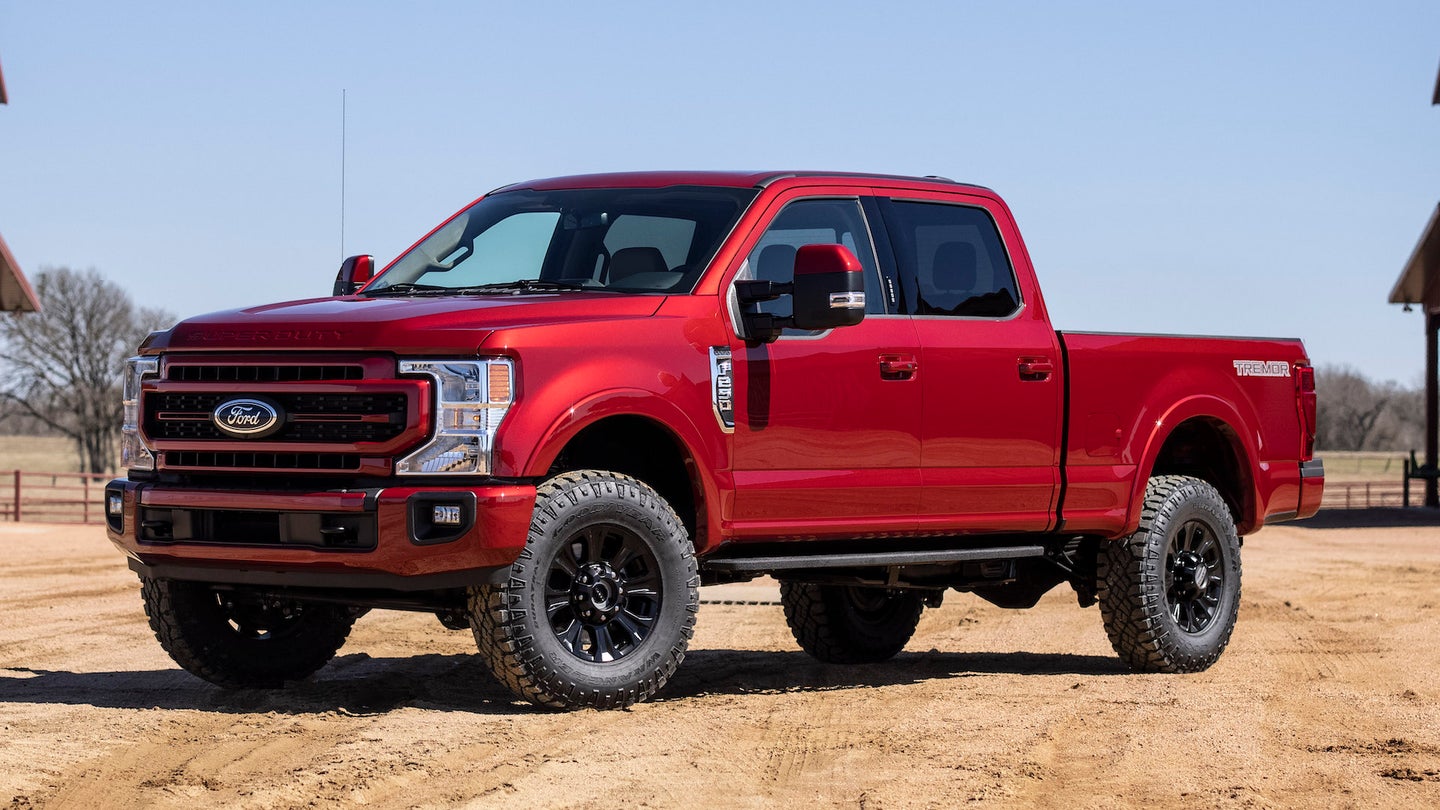 Those about to sign on the dotted line for a 2021 Ford Super Duty may wanna hold off on that. Ford is keeping its heavy-duty pickup fresh by adding a big new screen and some snazzy appearance options for next year's model. The 2022 Super Duty will be available with a touchscreen measuring 12 inches—technically enough to encompass a whole footlong Subway sandwich in between the corners.

Standard on trims Lariat and above, the new display will run SYNC 4 infotainment which apparently boasts double the computing power of Ford's last-gen system. It'll also run Apple CarPlay and Android Auto completely wirelessly. The base XL, meanwhile, makes do with a 4.2-inch display and the XLT comes with an 8-inch unit, both still running SYNC 3.

New interior color options include Baja available inside the Lariat while Navy Pier and Light Slate are new cabin colors for the Limited. Atlas Blue exterior paint is another new option.

Some might argue that larger screens are bad, both for aesthetics and misdirecting drivers' attention. The display here, at least, looks at home and doesn't stick far above the truck's dash. It's a move that mirrors the F-150, as the Super Duty so often does, but we're ready to see those Max Recline seats make an appearance for work break siestas.

Max gooseneck towing for the 2022 Super Duty sits at 37,000 pounds—best in its class—and it can haul 32,500 pounds via a fifth-wheel hitch. Finally, conventional towing tops out at an impressive 24,200 pounds while max payload clocks in at 7,850 pounds.

If you think the current Ranger is too big, good news! Ford quietly started building a truck for you.