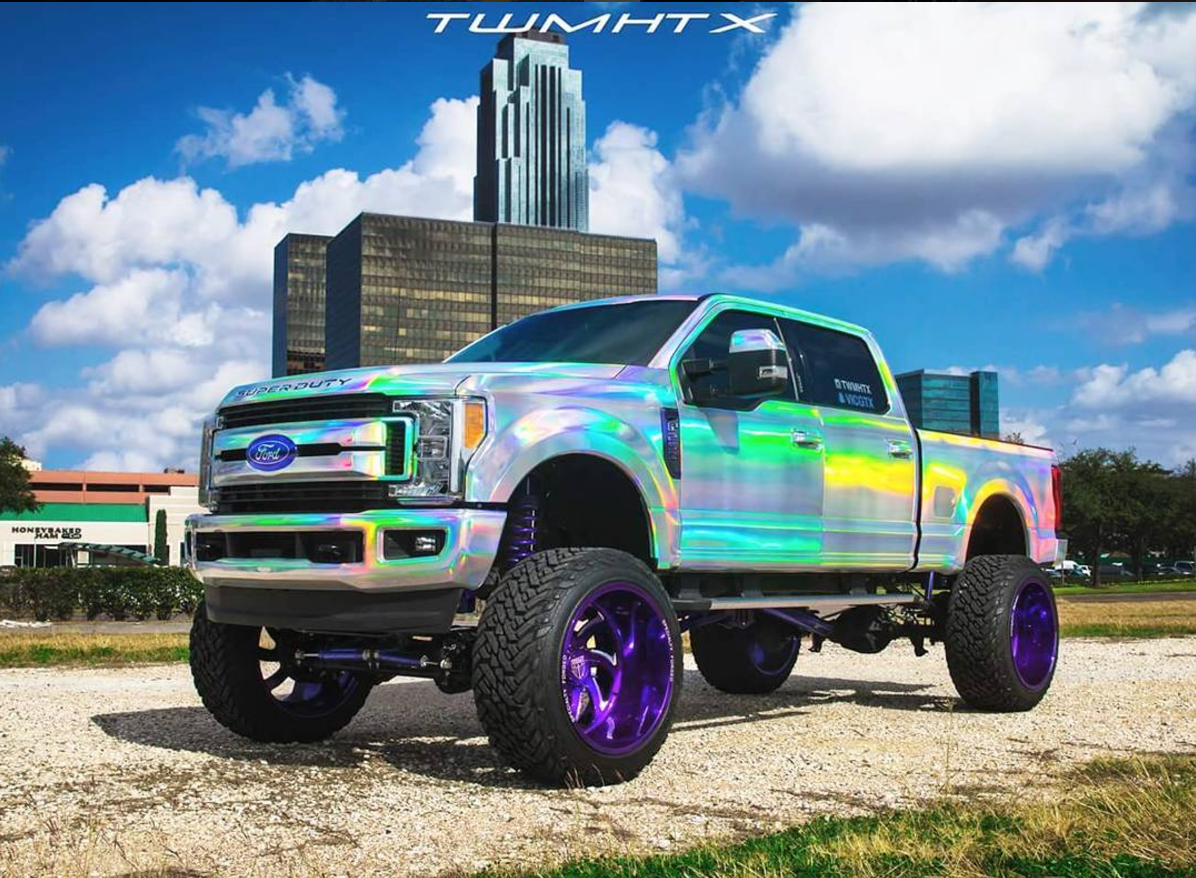 Vinyl wraps are one of the best things that ever happened to custom automotive culture in the last decade. It gives vehicle owners numerous color-change options without the long-term damage to their vehicle's factory paint or resale value. However, just like custom paint jobs, people can take them too far.

Ever since the new 2017 Ford Super Duty hit the market, truck customizers have been feverishly scrambling to create the most remarkable rendition of Motor Trend's 2017 Truck of the Year. This was certainly evident at the SEMA show last November as the massive blue ovals were everywhere.

In an attempt to "break IG", Tire and Wheel Master of Houston, Texas took their customization to another level. TWMHTX wrapped the rig in what they refer to as "Holochrome" vinyl resulting in a dizzying prismatic effect. The truck also sits on a set of anodized purple 26x16-inch Specialty Forged wheels wrapped in 40-inch Fuel tires. The shop used the Holographic Chrome Silver vinyl from VViViD Vinyls of Montreal (Canada) to achieve this flamboyant finish.

After poking around on Google a bit, this isn't the first vehicle (or truck for that matter) that's been covered in this vibrant vinyl. There's actually a Toyota Tundra wrapped in this ornate material, which for whatever reason looks even more strange.

However, on a Lamborghini Aventador, it's more acceptable.

Apparently, the Super Duty is available to purchase for $100k. Hit up @TWMHTX for more info.