Rolling Coal May be Banned in Maryland

Smoke ’em while you got ’em, we suppose (though, on second thought, don’t—it’s really dumb). 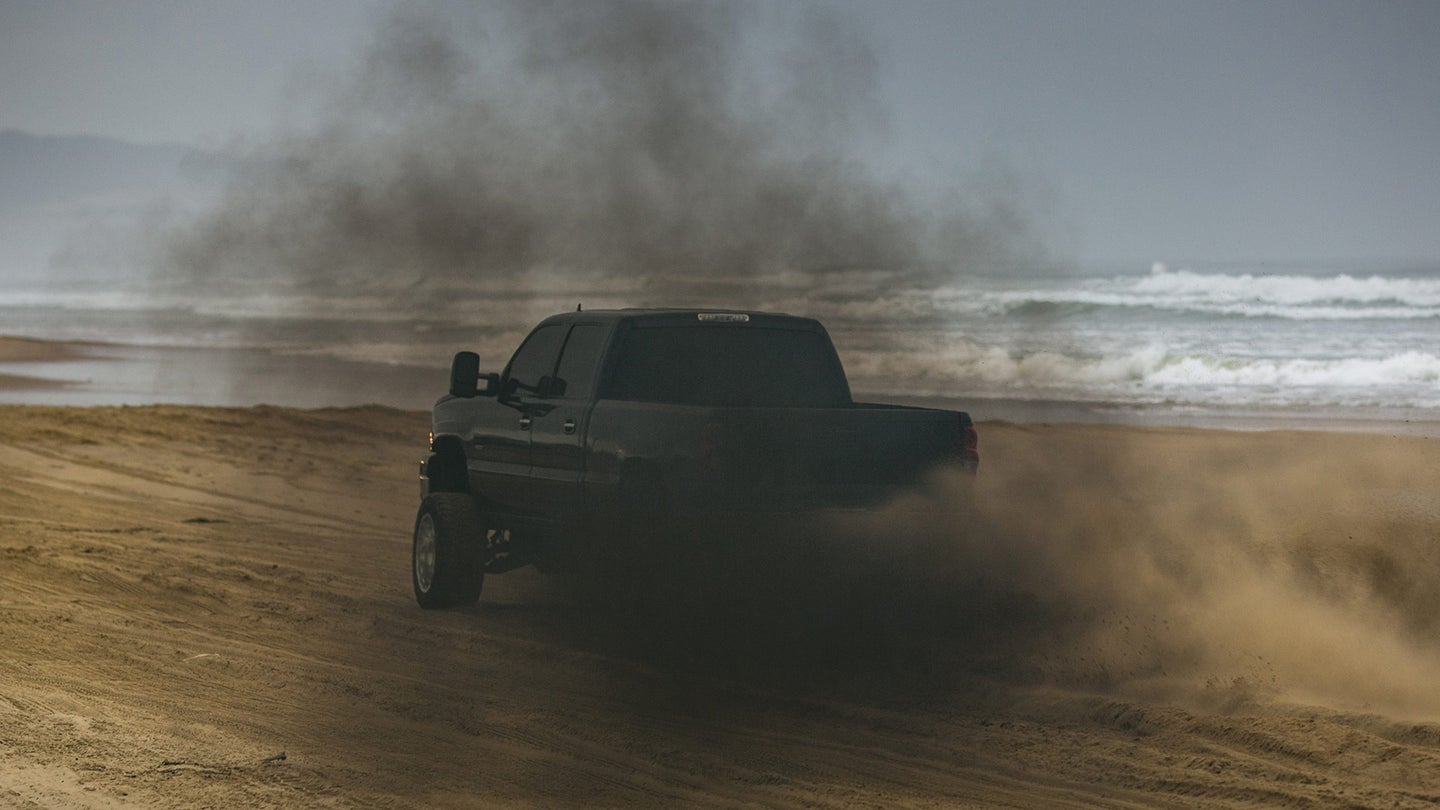 Diesel pickups are the backbone of America. Ignoring that completely unsubstantiated claim, we can all agree diesel pickups have a strong market in the US and are beloved by many. Thanks to their massive torque and improved fuel efficiency over gas models, diesel pickups have proven to be extremely useful tools in America’s workforce.

Unfortunately, they have also created the odious "coal-rolling" trend. Don’t get me wrong, I love a jacked-up, overpowered pickups as much as the next guy, but I do cringe a little when I see someone rolling coal. Once in a blue moon, just for the fun of it? Sure—but rolling coal just to annoy pedestrians and fellow commuters is something I have no patience for.

Apparently the state of Maryland feels the same. According to reports, a bill is going through the state House of Representatives to outlaw the act of rolling coal. The bill wants to ban owners from deliberating tampering with a diesel truck’s emissions parts that result in the truck emitting visible black smoke. They further state it would be illegal to emit said smoke on passing pedestrians and vehicles. The proposed bill will go under Maryland’s Section 203(a)(3)(A) of the Clean Air Act.

Let there be mud!