Researchers say that illegal aftermarket emissions mods on pickups have a far larger impact in the U.S. than the entire Volkswagen Dieselgate scandal. 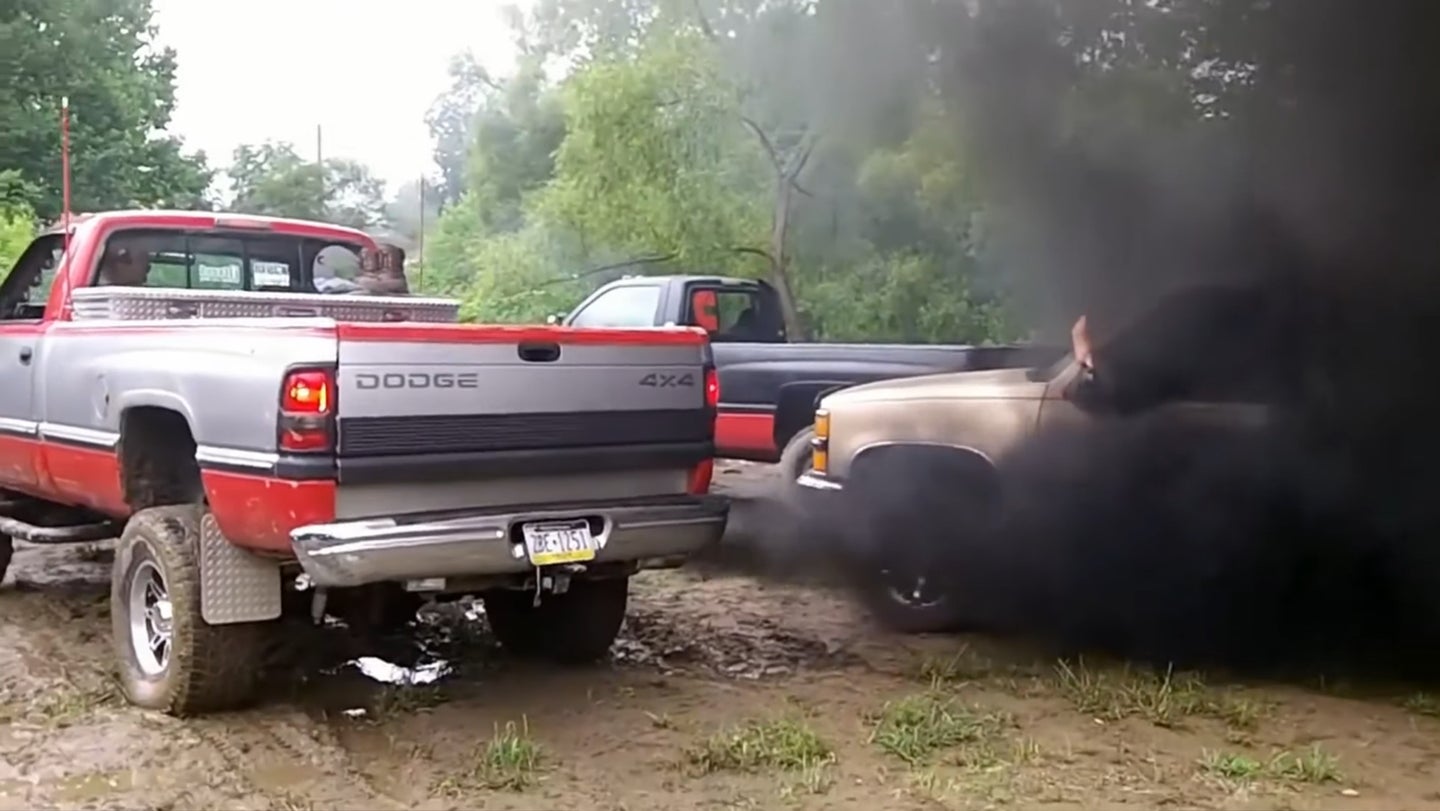 A new report by the Environmental Protection Agency’s Office of Civil Enforcement found that just over half a million diesel pickups on the road have been producing 9 million trucks' worth of excess emissions, reports the New York Times. The reason why? Aftermarket performance modifications that illegally disable vehicles' emissions control technology.

That means you, coal rollers. Knock it off.

"This is far more alarming and widespread than the Volkswagen scandal,” International Council on Clean Transportation Executive Director Drew Kodjak told the New York Times of the pickup defeat devices' effects in the U.S. “Because these are trucks, the amount of pollution is far, far higher."

Kodjak's research group alerted the EPA of the emissions-cheating devices installed on diesel Volkswagens, leading a seemingly neverending investigation of the company. There isn't one company blowing up diesel truck emissions, however—the 9 million trucks worth of extra pollution comes from aftermarket performance mods installed by owners.

Even though the giant black clouds of smoke should tip you off that something's amiss, many of these illegal aftermarket products can fool emissions systems enough to pass a state or local inspection.

According to the report, which you can read in full here, the cheatin' trucks in this study release 570,000 tons of nitrogen dioxide into the air over the lifetime of those vehicles, which is ten times the nitrogen dioxide released by cheaty diesel Volkswagens in the United States. Nitrogen dioxide is linked to all sorts of health maladies including lung and heart disease, and can lead to premature death.

Lest we forget about those black smoke clouds that the automotive world's lowest common denominator is oh-so-proud of, the illegally modified vehicles in the study spat out some 5,000 extra tons of industrial soot, which is linked to numerous respiratory diseases.

"A global respiratory pandemic is the worst time to find out that there is this massive cheating by the makers of these devices,” National Resources Defense Council air pollution law expert John Walke told the New York Times.

Because this extra pollution comes from aftermarket modifications, EPA researchers say it's extremely difficult to get an exact number of trucks with these cheaty devices installed, which they say may be far more than their roughly 500,000-truck estimate. Furthermore, this study focused on Class 2b and 3 pickup trucks with gross vehicle weight ratings between 8,500 and 14,000 lbs—as in, Chevrolet Silverado 2500s, Ford F-350s and the like. (8,500 lbs is the "2b" cut-off, and trucks with GVWRs above that no longer have to provide EPA fuel estimates.)

This means that the study excludes a lot of diesel trucks, including your garden-variety bro rollin' coal in a Ford F-150. About 15% of the trucks included in the study have aftermarket defeat devices installed, but millions of other vehicles likely have them, the New York Times reports.

The EPA has been investigating aftermarket tech that violates the Clean Air Act for about five years now, ever since the Volkswagen Dieselgate scandal hit, per the New York Times. Since then, numerous aftermarket tuners from Derive Systems to Punch It Performance and even the Diesel Brothers have been hit with big fines for making illegal soot-belching mods to diesels. Thus far, the EPA has found 28 companies responsible for making 45 illegal diesel tuners, but the investigation remains ongoing.

Cracking down on every illegal tuner is difficult, though, given that many diesel products are made by small companies and that not all diesel tuning equipment violates the law. Tuners who run afoul of the Clean Air Act aren't exactly up-front about doing so, either.

Seriously, though? Knock this garbage off and fix your frickin' trucks. Coal rollers give other enthusiasts a bad name.