The tech will be tested in Porsche Supercup race cars in 2019, which could determine its viability for road use. 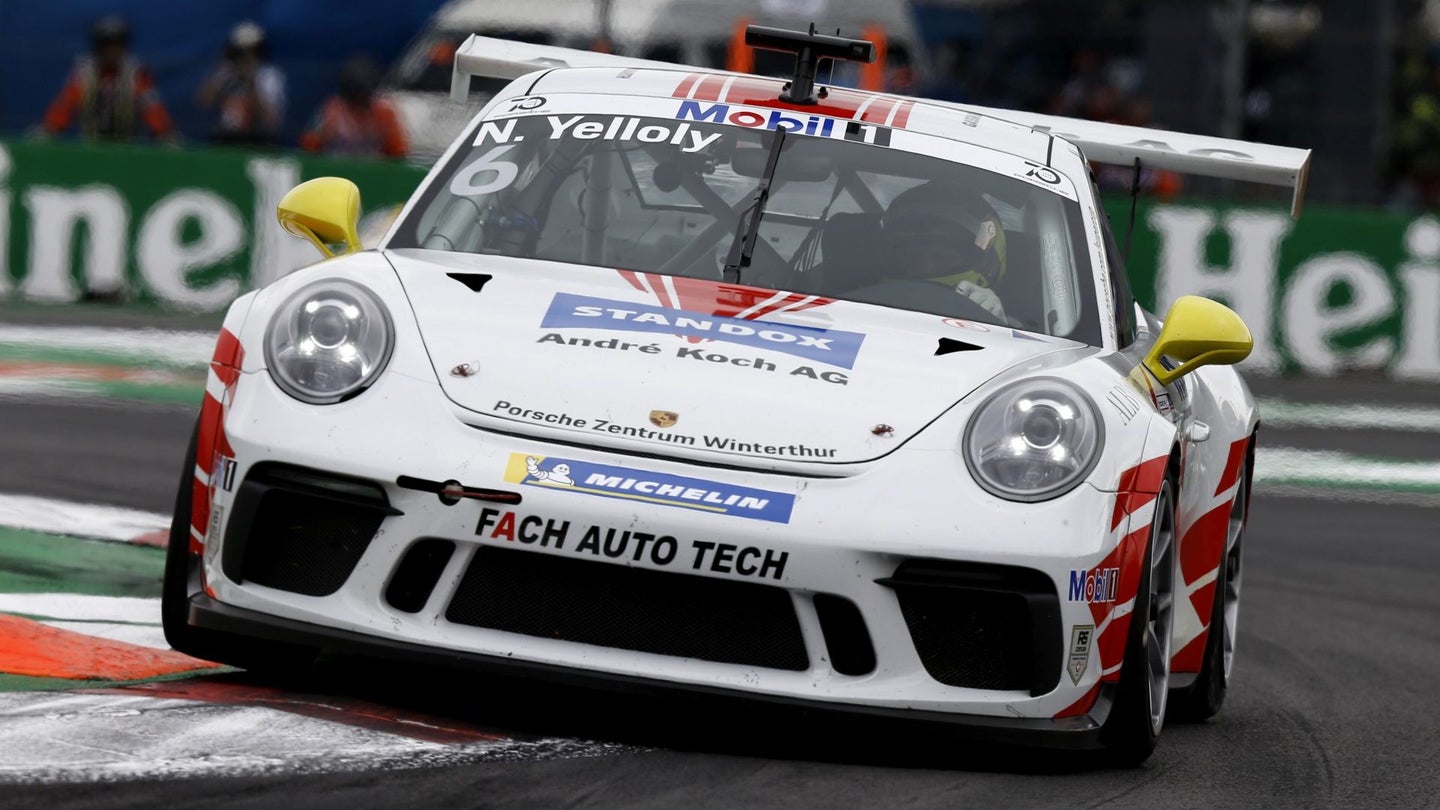 The tech is under development by MWI Micro Wave Ignition AG of Empfingen, Germany, which claims that its ignition system can be used in both gasoline and diesel engines, reducing fuel consumption by as much as 30 percent. Additionally, lower combustion temperatures are said to reduce nitrous oxide emissions—normally caused by high combustion temperatures—by as much as 80 percent. MWI even says that engines don't need to be redesigned to accommodate the technology, which can be retrofitted to existing production engines.

Backers of the company include a group of stakeholders led by former Porsche CEO Wendelin Wiedeking, credited with saving the automaker in the 1990s.

"I am convinced that MWI is a disruptive innovation with a huge market potential," says Wiedeking of the technology.

MWI has begun to discuss the use of its ignition system in mass-produced vehicles with Chinese and Korean automakers, according to Bloomberg. One of these companies could be Hyundai, which is pursuing a lofty 50 percent thermal efficiency target from its internal combustion engines under a program called SmartStream. The Drive contacted Hyundai and MWI to inquire as to whether the two are in touch, though a spokesperson for the former declined to comment.

"Hyundai is always looking at all kinds of startups through our CRADLE venturing division," stated Miles Johnson, senior manager for quality, service, and technology. "We can't comment on this company at this time."

One certain near-future appearance of microwave pulse ignition will be in Porsche Supercup, a spec racing series in which all competitors use the Porsche 911 GT3 Cup. MWI announced Thursday that it has partnered with longtime entry Fach Auto Tech, which has competed in Porsche Supercup since the series' second year of competition in 1994.

"I am very pleased to have an innovative company like MWI AG by our side," said Alex Fach. "Our partnership is about helping each other by exchanging know-how. We will actively support the company in advancing the technology. At the same time, this provides us the opportunity to become one of the first parties to benefit from this new technology in the future."

"With this partnership, MWI has the opportunity to bring a highly modern, new technology to racing," added MWI CEO and co-founder Armin Gallatz. "With the mutual support and knowledge transfer between the two partners, we will explore ways to bring microwave ignition to high-performance engines."

MWI does not bill its ignition system as a way to increase an engine's power output, though many past technologies meant to make engines more efficient have been repurposed for performance. Hybridization, for example, started out as an augmentation to economy cars but has been recognized for its potential in the racing world with heavy use in endurance racing and Formula 1. Efficiency can often be turned on its head to produce power, and microwave ignition could be another route toward power increases.

Even if microwave ignition has no tangible performance benefit, its claimed emissions reductions could be crucial to keeping our beloved internal combustion cars on the market and on the road. For all we know, microwave ignition could help automakers like the above Hyundai or even Mazda with its planned Skyactiv-3 engine series to achieve sky-high thermal efficiency figures, as great as 56 percent in the latter's case.

Mazda, in particular, is known for playing with advanced ignition systems, such as the spark-controlled compression ignition system in its upcoming Skyactiv-X engine. It has played with plasma and laser ignition as ways to revive its Wankel rotary engine for one last hurrah, balking each time at the cost of these systems, but if microwave ignition proves a cheaper alternative, the long-awaited return of the RX series of rotary sports cars could be more than a fantasy.

The Drive spoke to engine tuner Jake Lehmkuhl of Pink Sock Racing—which has tuned vehicles that have raced successfully at Pikes Peak—to determine the value of microwave ignition in motorsport or high-performance vehicles.

Lehmkuhl explained that microwave ignition can start ignition cycles from multiple points in the cylinder as opposed to spark ignition, which will start flame fronts from a single point. This means a faster burn and shorter ignition event, which causes greater pressure earlier in the ignition cycle, and potentially more complete burns.

If harnessed correctly, this could allow production of the same power with later ignition timing, reducing the risk of knock or other ignition-related problems. Because it can start ignition events from multiple points, microwave ignition can light off leaner air-fuel ratios, which can translate into improved fuel economy. A faster burn may also help with limited burn times at higher rpm, where ignition events usually need significant advancement to help with the shortened window of the event.

As microwave ignition is still an immature technology, Lehmkuhl advised that more data on how the technology behaves will be necessary before it can be commercialized. Collective knowledge of ignition timing and flame front propagation is based on the use of spark ignition systems across several decades, and more research should be done before microwave ignition can realize its potential. Additionally, he questioned whether microwave systems can be made simple, reliable, and cost-effective enough to warrant use in mass-produced vehicles, let alone professional-level motorsports.

The company claims it will offer twice the range of gasoline at half the cost.