This 2017 Ford Super Duty Was Purpose-Built

BDS Suspension’s “Project Ascension” made the 2000 mile trek from Michigan to Las Vegas for the SEMA show. 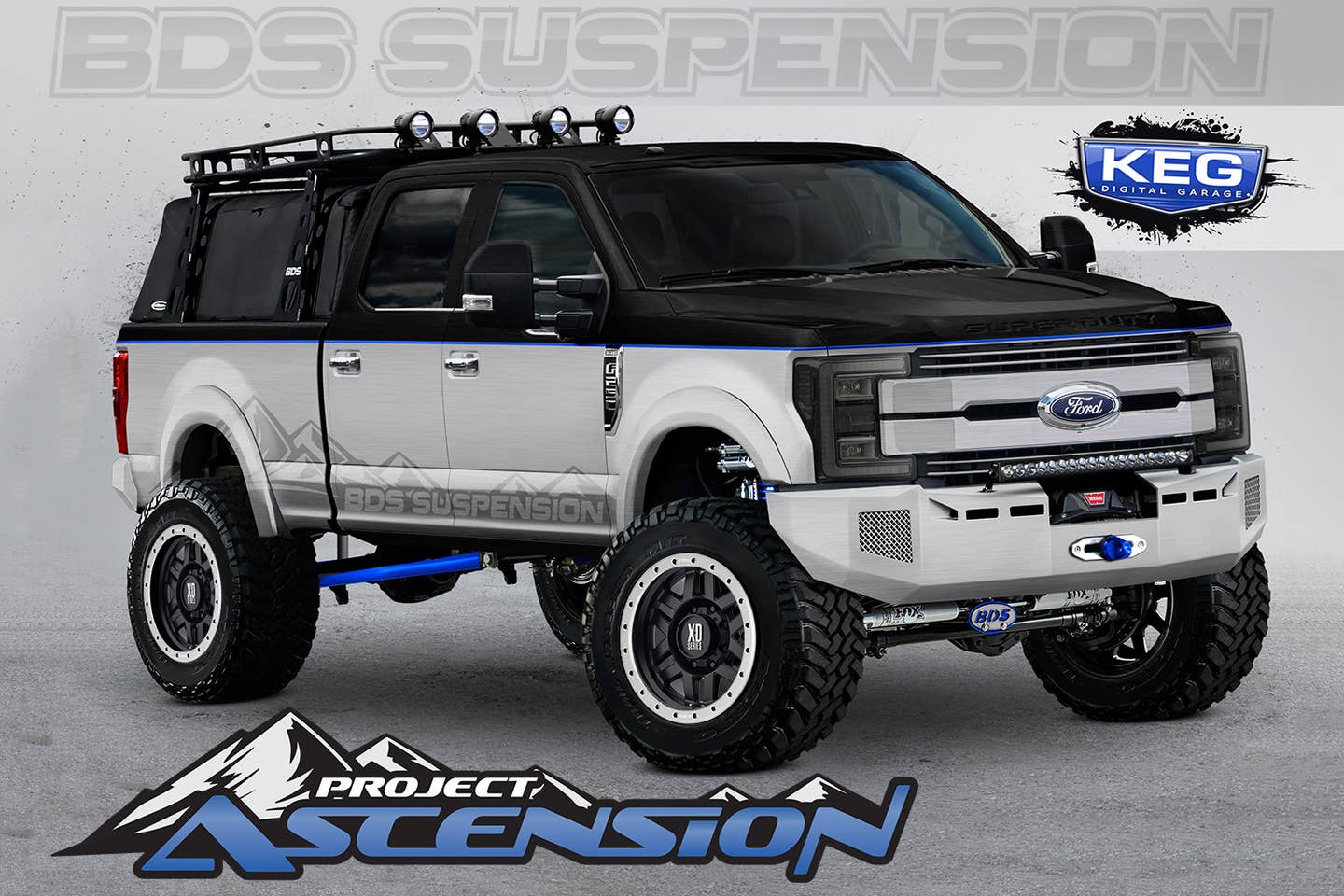 In September of this year, BDS Suspension announced they were building a new project to be unveiled at SEMA in Las Vegas which they entitled, “Project Ascension.” It’s fairly commonplace for parts manufacturers to do a substantial build for SEMA. However, performing a build of this magnitude on a brand new truck to the market in six weeks and documenting the entire process is another story. Oh, and they also planned on driving it to the show – from MICHIGAN.

The BDS crew began with one of the most highly-anticipated trucks of the year, the 2017 Ford F250 Super Duty. Ford’s latest workhorse has a 6.7L Power Stroke turbo diesel under the hood pumping out 440 hp and an insane 925 lb-ft of torque. Following the burgeoning overland trend, BDS opted to give the F-250 more of a capability focus than the bling. It’s easy to get attention with chrome wheels and green paint, but people tend to respect a truck they can actually seem themselves driving.

BDS spent the next six weeks building their Super Duty and documenting the process along the way. If you’re interested in checking out the entire video series, click here for all content related to "Project Ascension" from the BDS blog. If you'd rather have the CliffsNotes version, here you go:

Their videos were reminiscent of Gas Monkey or any of the other hundred automotive-based reality shows out there. The episodes were entertaining as they sprinkled in a bit of humor, stressed about the build deadline and tossed in a few outtakes, too. If they step up their video equipment, the BDS content could be pretty entertaining going forward.

It's quite commendable that BDS chose to not only complete an extensive build in six weeks, but they also drove their pride-and-joy to Las Vegas from Michigan. Needless to say, if something weren't put together properly they would have found out at some point along the trip. And instead of some silly visual showing the truck pull up to the Las Vegas Convention center, BDS tastefully opted to wrap the series with a video of the Super Duty being put to the test in Moab, Utah - as it should.