‘Do you think my viewers want to learn about Plant a Seed Day?’ said Stuart Varney to Kimbal Musk. ‘They don’t care.’ 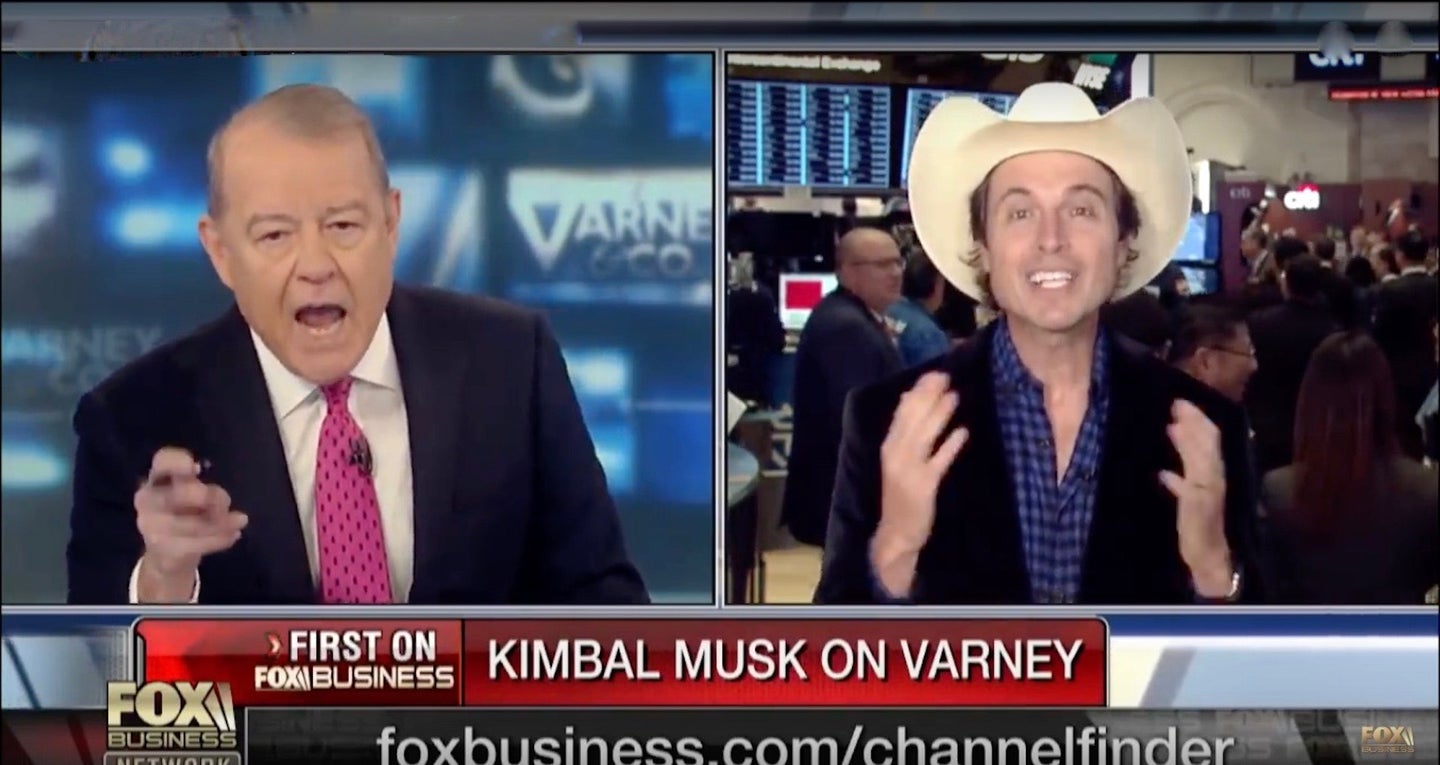 Elon Musk's brother and Tesla board member Kimbal Musk recently put on quite a show as a guest of Fox Business Network host Stuart Varney, who invited the popular entrepreneur to discuss Tesla's new chairwoman, Robin Denholm, on live TV. However, the short-lived interview didn't go as planned.

As this video shows, Varney introduced Musk as an integral member of the automaker's directive, claiming that his personal ties to Musk and time spent at Tesla and the other Musk companies would make him qualified to give his audience perspective on Denholm's recent appointment as chairwoman following Elon Musk's clash with the Securities and Exchange Commision (SEC).

"Kimball, welcome to the program, it's good to have you on the show, Sir," Varney said.

"Plant a Seed Day" is a social event currently spearheaded by Musk that aims to plant seeds (trees) across the country in order to improve the quality of local ecosystems. By all means a worthy cause, but Varney wasn't amused by how early in the interview Musk plugged his own gig.

After several attempts to get some answers, Varney stops Musk and acknowledges his desire to talk about Plant a Seed day, but mentions once again that as a member of Tesla's board he's got to have information about what the new "chair" is up to.

"You have a new chair, okay?" said Varney. "Have you heard anything from her, is she laying down the law?"

"I'm so happy for the future of Tesla," said Musk much to Varney's relief. However, he quickly followed with "On March 20, 2019, we're going to do a Plant a Seed Day. We're going to get families to plant a seed."

It's at this point that Varney loses his cool and begins firing back at Musk, saying that his show is the most-watched business news segment in America and that his audience hardly cares about Plant a Seed Day. But even after an agitated Varney appeared visibly upset at Musk on live TV, the eccentric investor's brother kept his cool and once again pushed through with his own agenda, ultimately being told "thanks and goodbye" before going off the air.

It appears the trolling gene is strong in the Musk family.