The divide between those who believe Elon Musk and those who don’t grows wider with every utterance from the Tesla CEO. 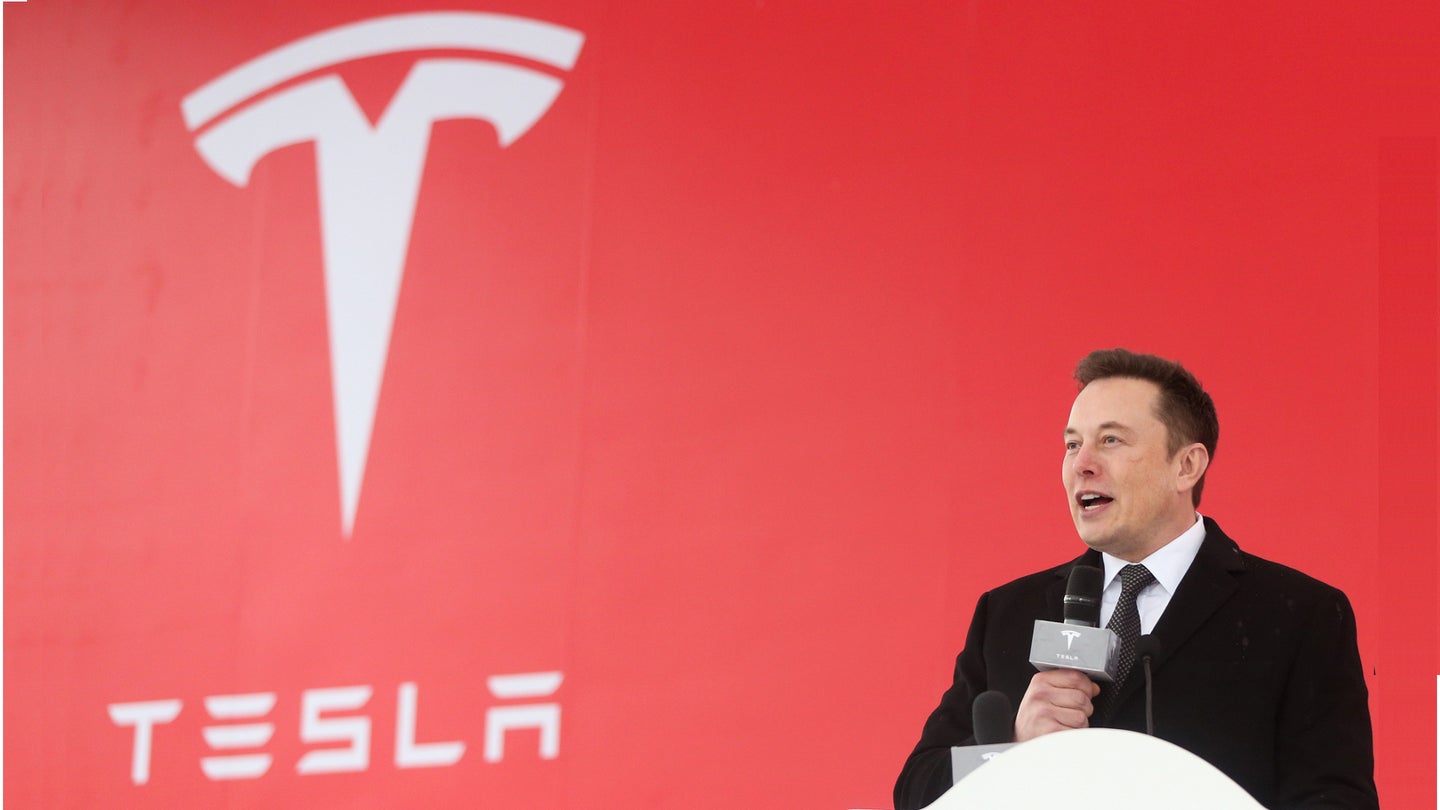 "When you're changing the world and many industries in the process, you need to have a certain amount of intestinal fortitude as an investor," said Tesla Chairwoman of the Board Robyn Denholm as she opened the electric automaker's annual shareholder meeting. "And when I speak to many of you, our shareholders, you have that in spades."

Denholm wasn't kidding. Tesla has been a wild ride more or less since day one, but even by the company's high standards for drama the last 12 months have been, in the words of CEO Elon Musk, "a hell of a year." There was the Thai cave rescue and Musk's infamous "pedo guy" tweet, Musk's even more infamous "funding secured" tweet and subsequent SEC fraud charges, the announcement of the long-awaited $35,000 Model 3 and its subsequent disappearance, and two consecutive quarters of profit followed by a sudden return to red ink and growing questions about demand. Calling Tesla's last year a roller-coaster might be overstating the soaring highs and crushing lows that a roller-coaster can inflict on ones dopamine system.

And yet once again Tesla shareholders packed the room for the company's annual meeting, just as they do every year, coming from around the country for their annual brush with their idol. Once again they laughed at Musk's goofy jokes, cheered for his boasts and marveled at his fantastical predictions. Musk's antics and Tesla's performance over the last year might have created a sense of crisis among shareholders at many companies, but watching the livestream you'd never know that Tesla's share price today is $100 lower than it was this time last year.

To reward this unshakable confidence, Musk gave a comfortingly familiar performance, plodding through a setlist of his most battle-proven bon mots, cherry-picked statistics, and implausible predictions. There were a few new tidbits, including hints at expansions into mining, the "active" search for a European factory site, a possible acquisition to enable its move into insurance and a forthcoming vehicle with 400 miles of range, but for the most part Musk played the hits. From jokes about what the Audi E-Tron's name means in French to his claim that it's "financially insane" to buy a car other than a Tesla, Musk spent much of his presentation on well-trodden (if not downright repetitive) ground.

Just as it's easy to lose track of how much more extreme Tesla's highs and lows have become, it's easy to forget that Musk's presentations have lost some of the spontaneity and joy that they once offered. Having recently gone back and watched a lot of the company's earlier presentations, the toll that time and stress have taken on Musk were all-too apparent at today's meeting. There were hints of the old sparkle, like when he jokingly apologized to a horse owner [Ed: not a PETA member as previously reported. We regret the error.] for his disparagement of horses after comparing them to non-autonomous internal combustion vehicles, but for the most part the impression was of a once-great rockstar grinding out well-worn material at a state fair.

Beyond the long hours of work and short nights of sleeping on the factory floor, one factor in Musk's apparent decline has to be the fact that his supporters and investors lap up whatever he ladles out. Musk addressed the major short-term concern about Tesla's business, the sustainability of demand, with little more than an assertion that "there is not a demand problem" and the claim that Tesla sells more cars than it produces (which simply hasn't been true over the last 12 months). The lack of profitability and positive cashflow, which he had repeatedly said were a relic of Tesla's past, were dismissed with the previous narrative that "profitability is always challenging if you're a fast-growing company." Even Musk's revelation that the autonomous "advanced summon" feature isn't fully available because "there's a lot of complexity in parking lots, it turns out" didn't seem to strike anyone in attendance as ironic, despite the fact that he'd previously claimed customers would be able to summon their Teslas across an entire continent by 2018.

Even after a year in which Musk settled SEC fraud charges over a claimed buyout that didn't exist, made a lie of his promise of profit and self-funded growth, disappearing the long-promised $35,000 Model 3 shortly after announcing it, and lost the confidence of one of his strongest Wall Street backers, there was no sense of him having anything to prove to the people funding Tesla. This utter lack of feedback loops is precisely how Tesla landed in the biggest messes of the last year, yet investors still line up starry-eyed and stammering more to bask in their brief moment of contact with their idol than to look after their investment. If Musk has grown increasingly repetitive and unable to directly confront the many tough challenges that surround Tesla's business, it's at least in part because his investors ask nothing more of him.

There is, of course, far more to this phenomenon than mere "intestinal fortitude." For years, Musk has made faith in himself the key component of Tesla fan-dom and equated even the most factual, constructive or well-deserved criticism with "hate" or allegiance to the dark influence of "Big Oil." This conscious grooming of Tesla's investors and fanbase has been so effective, that a good portion of the meeting's discussion centered around the question of what Tesla could do to counter the malign influence of the anti-Tesla media. Musk mused that it might be good if there were a place on the internet where only the good news about Tesla would be posted, apparently unaware that there are now several websites and forums that not only publish exclusively positive Tesla stories but attack any reporting that is even remotely critical.

Even as one of the company's most-reviled critics, it's not hard to understand how so many people were seduced by Tesla's technological prowess, environmental mission, charismatic leader and desirable vehicles. Though Tesla's faults have been many, they'd all be easily overlooked (and many would never have become as bad as they have) if the company could only embrace them as areas to improve on. The only unforgivable sin that Tesla has committed is building up a brittle defensiveness that attacks the critic without even considering the validity of the criticism. The only transition Tesla accelerates by embracing the combination of messiah and persecution complexes that now define their culture is the transition to a post-truth world.

Ultimately, this choice will hurt Tesla and its shareholders more than anyone else. As final words of the HBO show Chernobyl so poignantly put it, "Every lie we tell incurs a debt to the truth. Sooner or later, the debt is paid." The loss of $100 per share over the last 12 months is only the first installment due on Tesla's extended excursion from the world of shared truths, and if today's shareholder meeting is anything to go on it's only a matter of time before more of that debt comes due. When it does, the intestinal fortitude of everyone involved will be truly tested.