Quality Centurions are getting harder and harder to find. This one just might be worth the asking price. 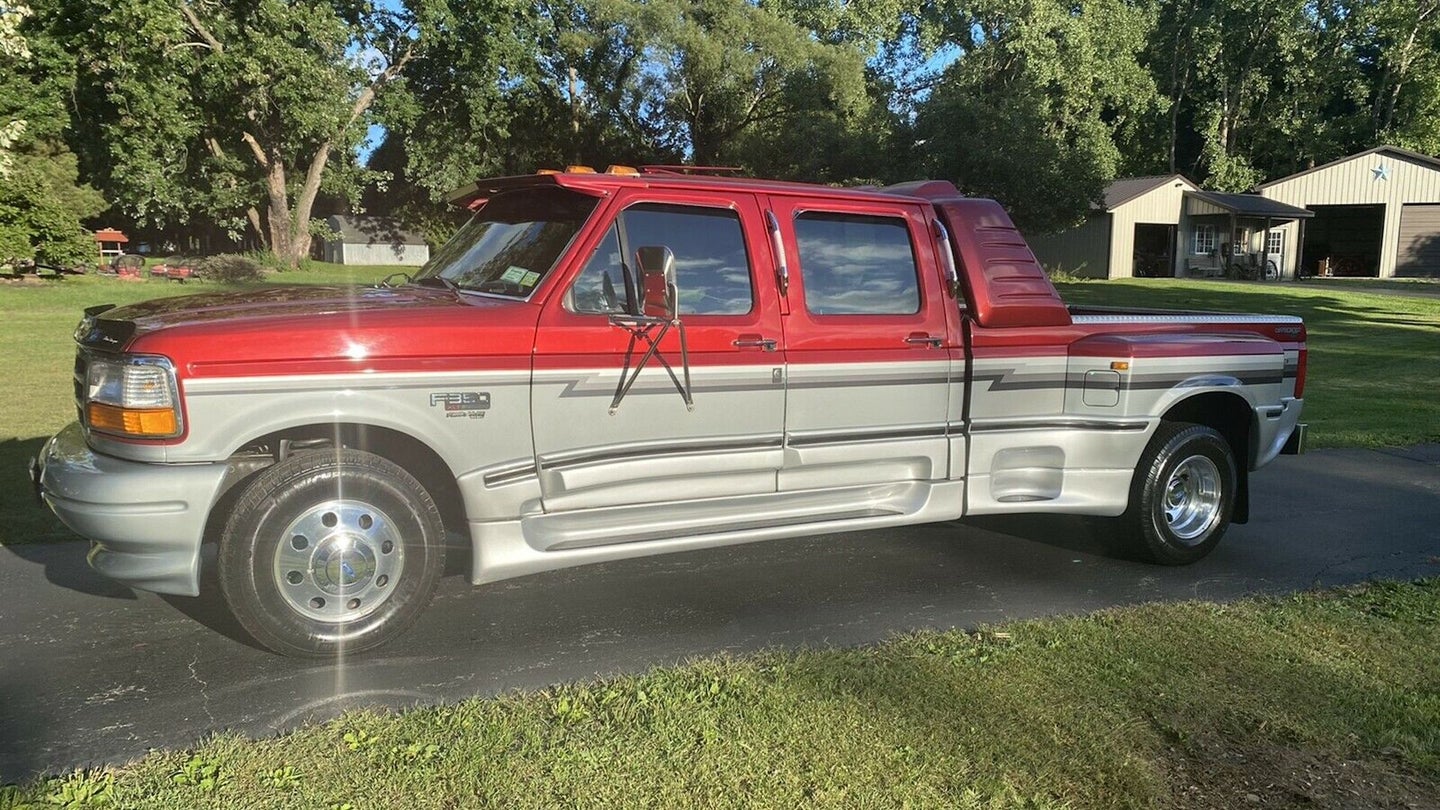 Known to most for its bizarro, centaur-like van-trucks and their quaint following, aftermarket upfitter Centurion also built plenty of plainer Ford Broncos and F-Series, which over the years have attracted a following of their own. But because Centurion was subsumed into another upfitter in 2001, well-kept examples of its handiwork are getting tricky to find. In fact, there may never be another example as good as the one that just popped up on eBay out of upstate New York.

This 1997 Centurion was built on the basis of a nearly top-spec 1997 Ford F-350 with a dually rear axle, a 7.3-liter Power Stroke turbodiesel V8 and some later variant of Ford's four-speed AOD automatic transmission. The seller says their father ordered the vehicle himself in 1997 at a Ford dealership, and subsequently collected its 112,700 miles across all seasons but winter, adhering to a religious maintenance schedule.

Those are some mighty believable claims given the truck's apparent condition, which is hardly marred by imperfections. There are a couple blemishes on the body, scratches in the bed (which if you don't have, you don't need a pickup), and some noted wear on the driver's seat, but beyond that, its interior could almost pass for new. Its battery and tires are said to literally be, making this truck ready for a new owner.

Which, if you've got $21,900 to pony up, you can be. Compared to the last Centurion F-350 we watched float by, this example is nearly twice the price, and lacks the third row that made that last example stand out. That one also had close to double the mileage, though, and a few aftermarket mods that changed its character. If you need something to tow a period-correct camper to Radwood, take a trophy, and then haul it home again, this truck is your ticket. Best make an offer on it before its eBay listing expires less than a day from now—though odds are it'll just get re-listed.

This Ford F-350 Centurion Power Stroke 7.3L Has an Interior as Plush as the Outside Is Brutal

Of course it has a built-in VHS player.