Next-Gen Ford Mustang, Which Drops in 2022, Will Stick Around Until 2030: Report

The Mustang is expected to be the only true car Ford offers in the States amongst a sea of crossovers and pickups. 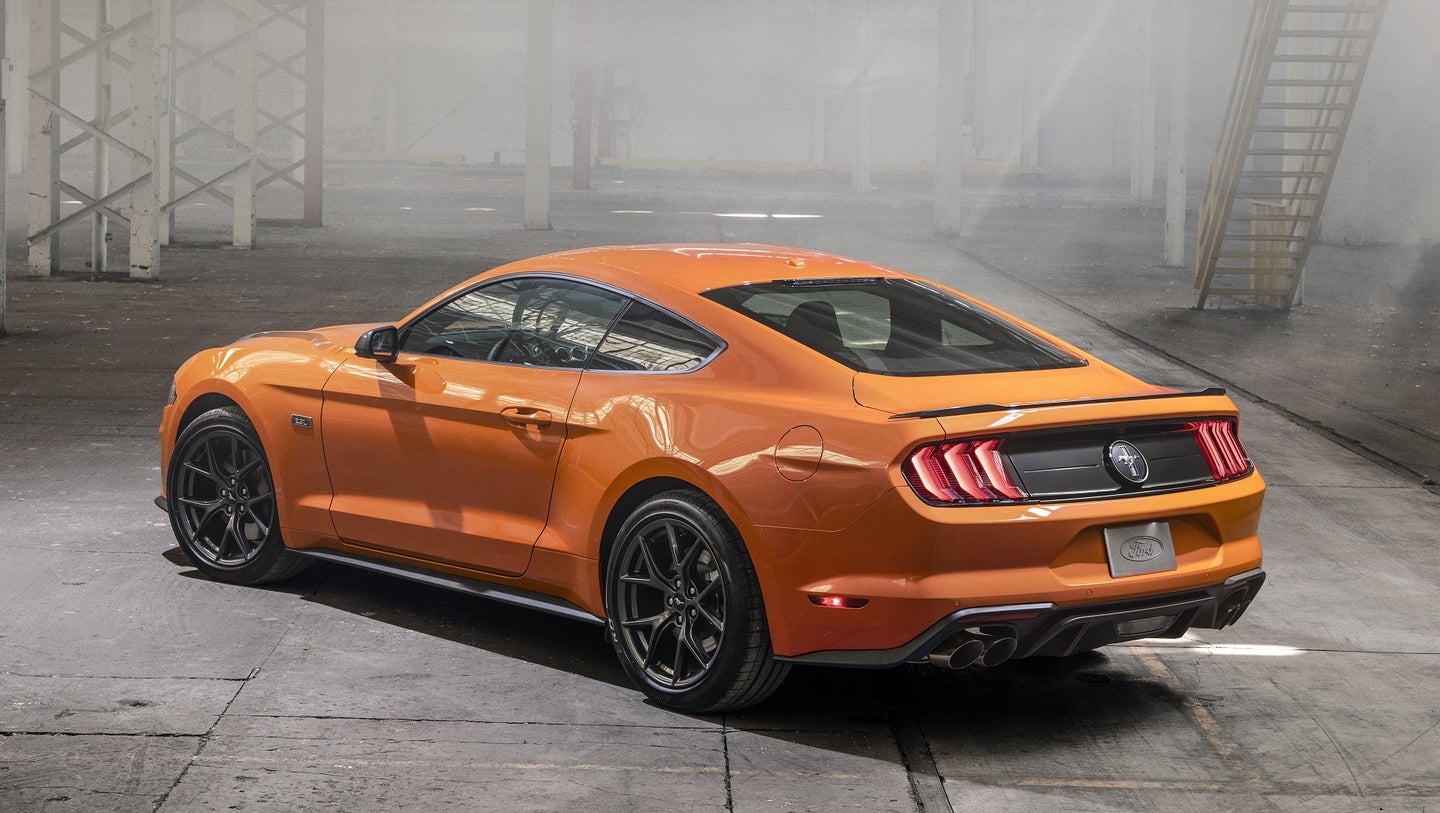 The Ford Mustang is undeniably American. For decades, the Blue Oval's iconic muscle car rumbled the streets and truly shaped what consumers were looking for in an automobile. But as time went on, both consumers and manufacturers shifted towards larger vehicles, birthing the crossover boom—and soon, the Mustang will be Ford's last car standing. But there is good news. A new report by Automotive News indicates that Ford plans to keep the Mustang nameplate running through at least 2030, following the release of the next-generation platform.

In line with previous reports, the seventh iteration of Ford's iconic muscle car—code-named the S650—is slated to hit dealer showrooms in late 2022. New information has brought to light that Ford reportedly told its suppliers to expect the new Mustang to be in production for eight years, an increase over the previous indication of a six-year platform lifespan.

Suppliers are now tasked with ponying up the goods to reach a manufacturing capacity of nearly 100,000 units of the S650 per year, totaling 77,000 coupes and 20,000 convertibles. It's anticipated that Ford will also move the Mustang to the same rear-wheel and all-wheel drive architecture shared by the Ford Explorer and Lincoln Aviator, which could mean some additional bloat for the new platform.

While it's perfectly normal for automakers to extend or shorten a vehicle's product lifespan, it's no secret that Ford has wanted out of the car game for some time. In fact, prolonging the Mustang's production goes against nearly every other lineup decision it has made over the last several years. The automaker has slowly purged its lineup of cars from North American soil in favor of crossovers and generally larger vehicles. Most recently, Ford announced the discontinuation of the only new sedan it sells, the Fusion, meaning that unless something changes between now and 2030, the Mustang will likely live out its stay as the only car in the company's domestic lineup.

Some executive at Ford is surely looking at the future of the Mustang past the S650 and predicting the vehicle's placement in Ford's high-riding lineup. Perhaps the Mustang Mach-E is an indication of the brand's forward-looking philosophy and is an attempt to soften the blow of a model drop. Remember that the Mustang almost went the way of the Probe, so changes that would appear impossible might not be that bizarre.

While the future might be blurry, we can at least celebrate the fact that Ford is at least keeping a smaller two-door coupe in its lineup at least for the next decade.

This isn’t just fast for an electric car, or an SUV. It’s flat-out aggressive.