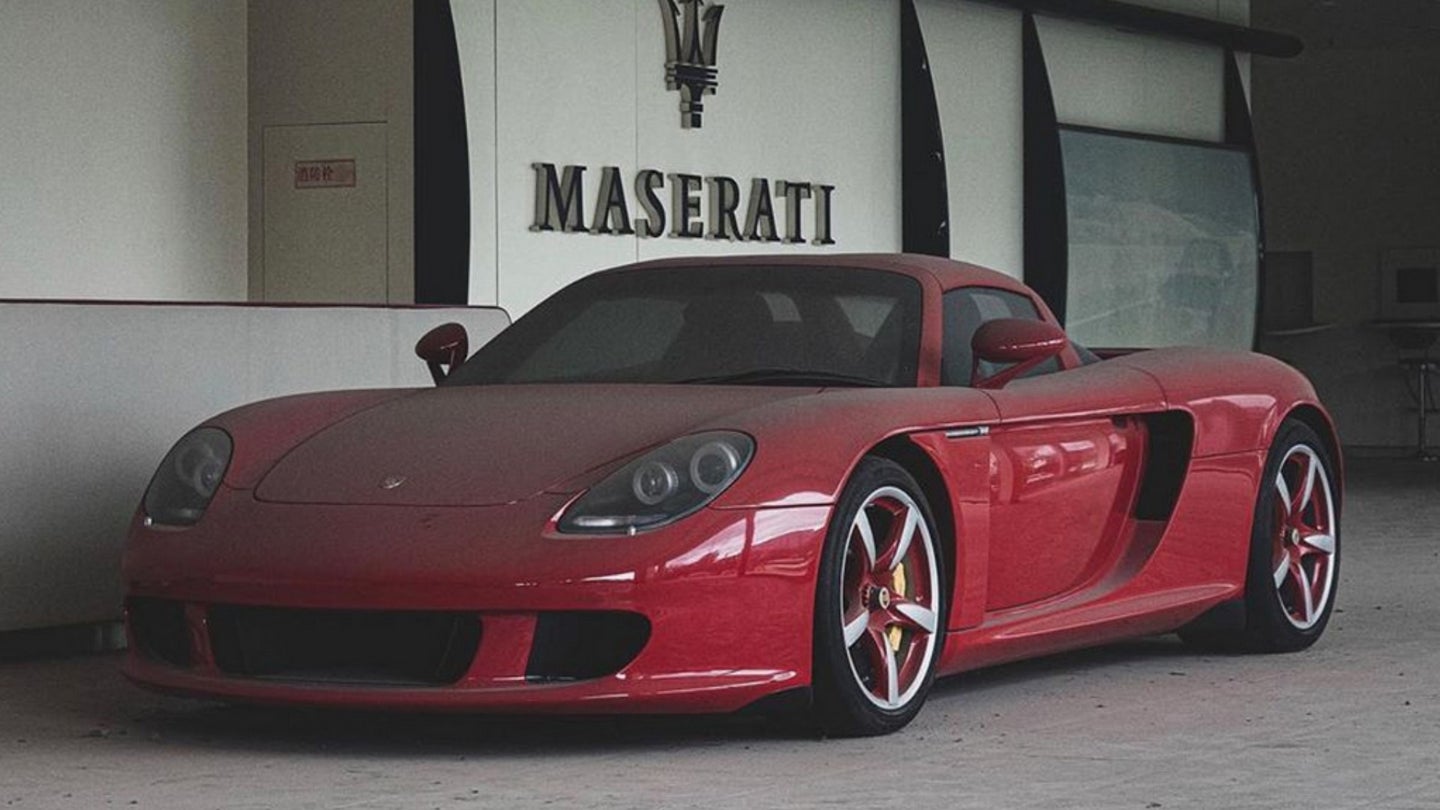 At this point, we're all probably somewhat used to seeing pictures of supercars abandoned in parking garages around places like Dubai or Abu Dhabi. To the ultra-rich, supercars are just regular transport, so they get left around places—like you or I might leave a Pontiac Sunfire in the yard until we just start mowing around it, sealing its fate.

But this is not always the case when it comes to abandoned exotica. For as Periodismo del Motor reports, this 603-horsepower Porsche Carrera GT was left in a derelict Chinese Ferrari dealership due to new anti-corruption and anti-excessive consumption laws passed by Chinese president Xi Jinping around 2011.

For one reason or another, this meant that the only Ferrari dealership then in China—the brand has since returned to the country—had to be closed down. And when it was closed down, it supposedly couldn't get rid of all of the inventory.

We know this because Instagram user James Wan went to the abandoned dealership and snapped some photos. He found a rare stick-shift Ferrari Superamerica, a C5 Z06 Corvette, and a Zanzibar Red Carrera GT, which is probably the coolest of the three cars, however.

Since the dealership has been closed since 2012, the GT has been sitting in the same spot for eight years. Needless to say, it would need more than a quick dusting before it's taken back on the road. All of the fuel is probably varnish by now.

That's truly a shame, because many consider the Carrera GT to be one of the last great analog supercars. Well, perhaps until the new T.50 came around. But even then, the Carrera is no slouch. Its 5.7-liter V10 makes 603 hp and 435 pound-feet of torque, it has a six-speed manual transmission, and it weighs right around 3,000 pounds. This car's Zanzibar Red Metallic finish is also a rare color on an equally rare car. Just 1,270 Carrera GTs were built (this car is #1,255), and only three are in this particular red.

It's sad to see this vehicle languishing in such poor condition, but I suppose it's a little consolation that it isn't brand new—it was allegedly driven around 2,800 miles before being parked. Still, that number should be much higher. Hopefully, somebody will rescue this car sometime in the future so we can hear that V10 roar again.