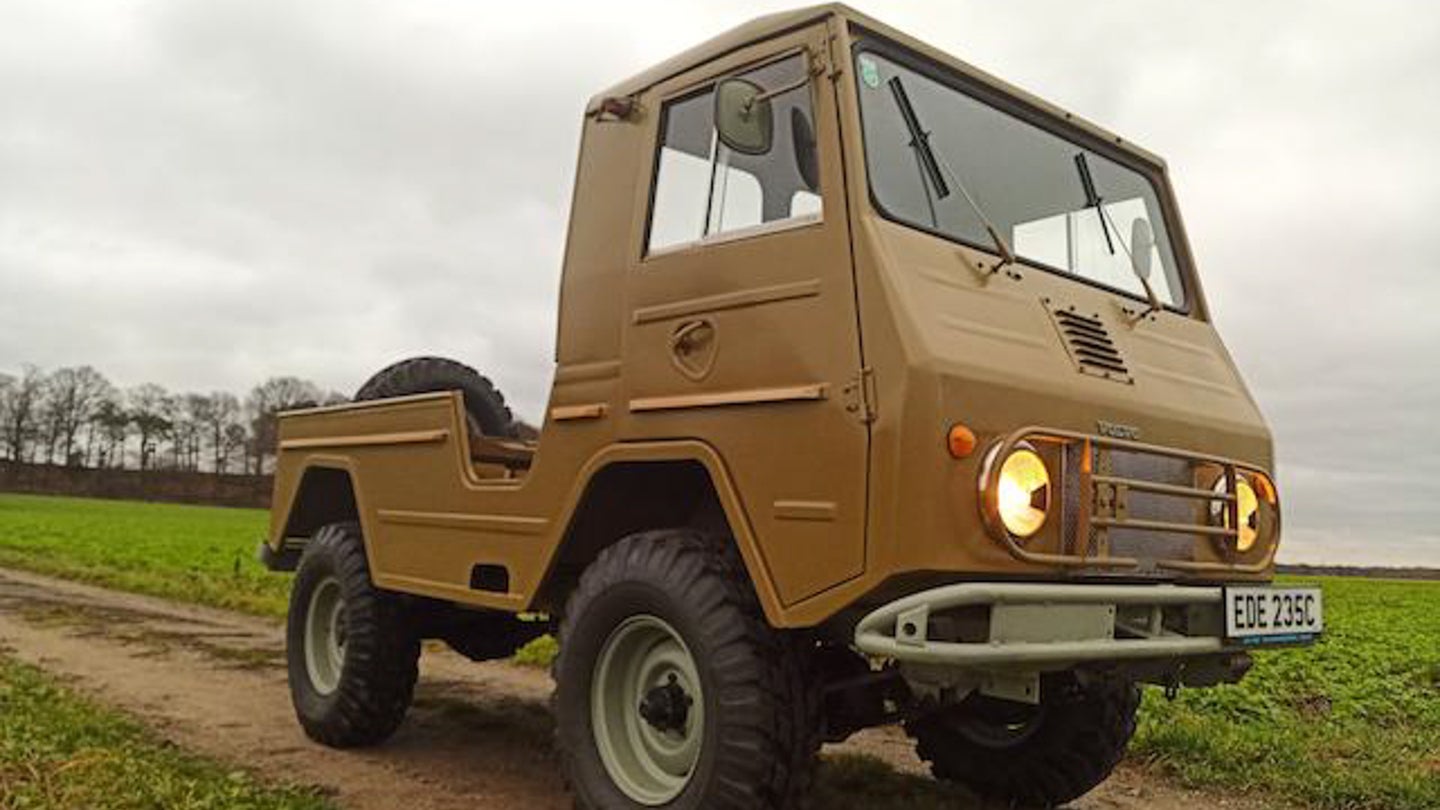 The Mercedes-Benz Unimog is one of the most recognizable and sought-after off-road vehicles around today. Not surprisingly, prices of the giant trucks have skyrocketed, but there are lesser-known alternatives that rank just as high in terms of coolness. As it turns out, Volvo made a truck that is awfully similar to the Unimog that Mercedes-Benz was churning out. The Laplander, as it was known, was made between the 1950s and 1980s, and one just sold at a Bonhams auction for a reasonable $21,444.

Unimog production started in the late 1940s, so it didn’t take long for the Swedes to answer with their own heavy-duty rig. Volvo got the order from the Swedish Army in the early 1950s to start producing the Laplander, which could be tricked out with all types of military and survival equipment. Versions were offered with any-tank weapons, winches, communications equipment, and a variety of top and body configurations.

This Laplander has had the benefit of a full restoration, and was sold with all of its original registration papers. With every inch covered in drab military brown paint, the truck looks every bit the no-frills utility vehicle it was meant to be. Though it’s only got two seats in the cab, this Volvo has fold-down bench seats that line both sides of its bed. The rig appears to be in great shape, and with approximately 43,800 km (just over 27,000 miles) it should have plenty of life left for its new owner.

Of course, the Volvo is also more modest than the Unimog as it boasts just a 1.8-liter engine. Given its low gearing, however, you needn't worry about getting around. Factory four-wheel-drive ensures the Laplander is more than capable of strolling through the hills with ease, albeit at a snail's pace.

Since it looks like the ship has sailed on affordable Unimogs, we'll keep our eye on quirky Volvos of this same ilk. After all, who doesn't love a little mid-century utilitarianism?

The owner even claims it to be road legal, so you can grab the 116-octane and hit the highway.