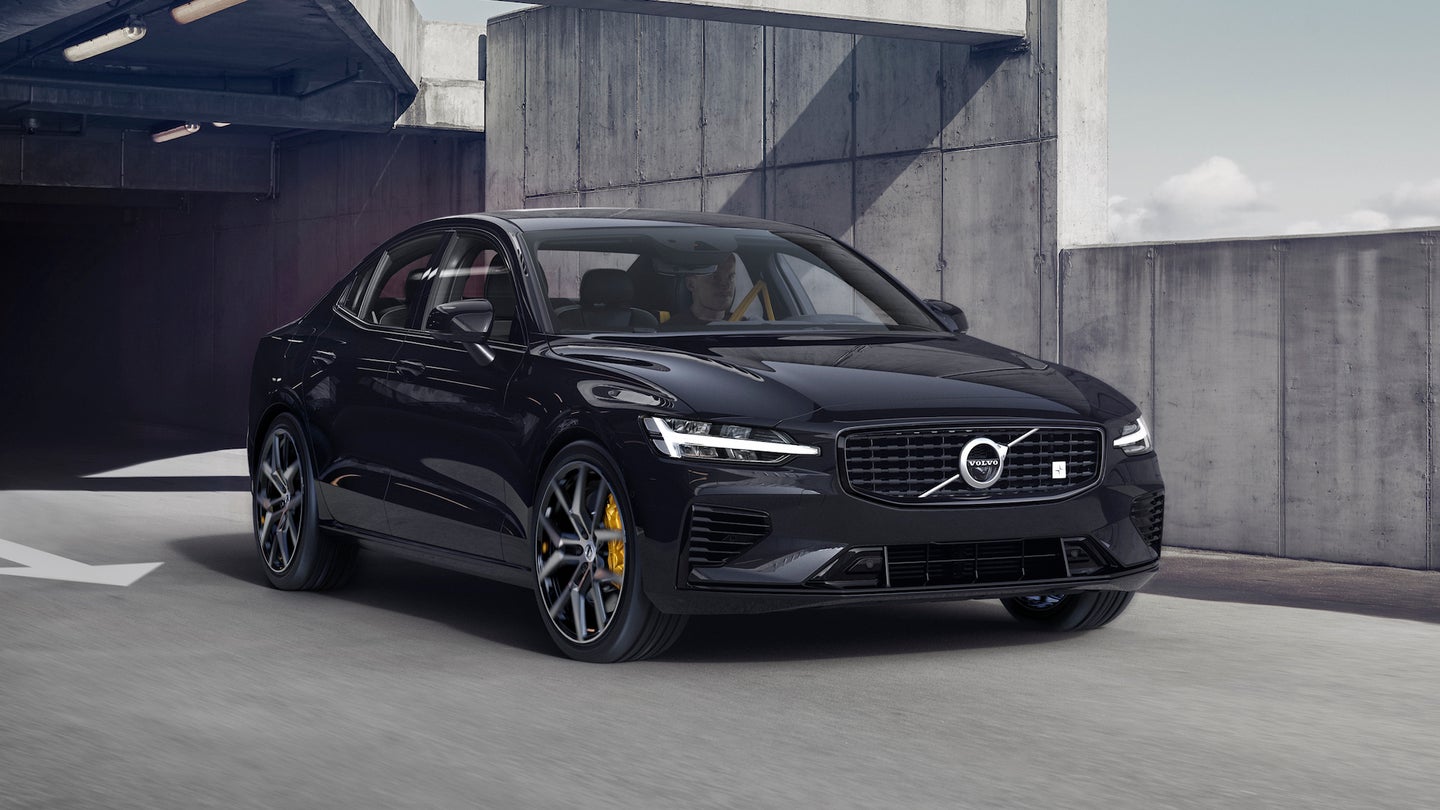 A few years back, as Volvo was about to remake itself under the aegis of Geely’s $11 billion cash infusion, I wondered if the Gothenburg-born carmaker would ever find a way to stand apart in a crowded, value-packed, technology-rich landscape. At the time, Volvo’s "quirky car" appeal had faded into motoring history, while its Ford-owned years had left it bobbing in the watery noplace of “entry-level luxury.” Turning the tide of banality seemed to be a problem even a mountain of cash couldn’t solve.

But here it is, nearly a decade later, and the mission’s complete, with the company’s entire lineup redesigned and reengineered. The verdict is in: Volvo has found a way to stand apart by being aggressively, unapologetically, and virtuosically anodyne.

If that sounds like a backhanded compliment, or worse, an outright face-slap, I’m sorry, but allow me to explain. The new 2019 Volvo S60—the latest and last of the company’s models to get a wall-to-wall makeover—has staked out a territory of calm. While other luxury brands have addressed a decline in the relevance of sedans by “designing in” passion and carving complex “DNA” into their sheetmetal—swage lines that could cut paper, kabuki-theater fascias—Volvo’s hot setup is leaving your eyes, and the rest of you, the hell alone.

These days, every Volvo model, including the new S60, is more elegantly attractive than its direct competition, while also sensible, worldly, intelligent, tech savvy, quiet, and without pretense. If all of that reads as "boring" to you, then hit the bricks, pal. Volvo doesn’t need your negativity. It’s not just me saying it, either—it’s Volvo itself.

A fact sheet passed out at the first media drive laid out exactly what a driver can expect from the S60: “We are not aiming for the most sporty nor the most comfortable driving experience. Our focus is on creating a feeling of complete confidence behind the wheel with engaging and predictable handling, and a smooth ride.” That quote was from Henrik Green, senior vice president of Volvo Group R&D; never has a more accurate statement alit from an automaker’s launch materials, which are usually only slightly less hyperbolic than a 1990s Mountain Dew commercial.

Like the S80 before it, the new made-in-America S60 enjoys few design frills but abounds in simple visual pleasures, like a low hood line, short overhangs, and pleasing front and rear rakes that, when taken together, allude to the attractive three-box sedans of old. I drove two versions of the S60 (as well as a quick city drive in the upcoming V60 wagon) on a sampling of canyon roads between Malibu and Ojai, California: the Volvo S60 T6 AWD R-Design, the sporty sophisticate with 316 horsepower and 295 pound-feet from the corporate “twin-engine” turbocharged and supercharged 2.0-liter four; and the S60 T8 Polestar Engineered, the garage nerd with a juiced version of Volvo's T8 plug-in hybrid powertrain combining a 328 hp version of the 2.0-liter with an 87-hp electric motor at the rear axle, together producing a torque peak of 495 lb-ft. As different as they are, both cars get the same eight-speed automatic transmission, which, when pushed, can be vexed into gear-selection confusion by both hybrid and ICE-only powertrains.

To be fair, the S60 T8 Polestar Engineered is really just a teaser of hopped-up hybrids to come. The company only built 20 of them for the 2019 model year, and all were (yes, I said were) only available via the Care by Volvo app. “Polestar Engineered” means a standard S60 breathed on by the company’s new high-performance division, and in the S60’s case, includes a set of Öhlins shocks—in a single-tune, passive setup replacing the T8’s active dampers—19-inch alloys, a strut-tower brace, and six-piston Brembo brakes that work together with the hybrid’s regenerative braking system.

Although the point may be moot for current buyers, the Polestar Engineered S60’s user-adjustable (i.e., no one outside Gothenburg will ever adjust them) Öhlins setup confirms that well-chosen spring rates and damper settings can often outshine a trick active setup like the T6 has. The combination of compliance and body control make for a pleasing ride, and while hard driving isn’t the point, the predictability of the passive system during tricky cornering sequences is a benefit. Crucial to both S60 models’ performance, let’s not forget, is Volvo’s SPA modular platform’s suspension outfit, with double wishbones up front and a multilink in the rear.

While the blending of mechanical brake force and electrical regeneration has been improving, after a few corners I found myself wishing for the same linear simplicity in the brakes as in the suspension. “Brake blending” has come a long way, but will be one of the big problems for Polestar to solve in cracking the performance-hybrid code.

The T6, while sufficiently well-torqued, is just a bit too gruff be a premium engine. Adding the hybrid system, however, is the golden key to unlocking luxury-car feel, and the Polestar Engineered T8 delivers. With such a high torque peak, you’d expect to receive a good head-snapping at pedal drop. You don’t, but it’s still quick: 0-60 mph in 4.3 seconds, and a governed top speed of 155 mph. Torque is meted out in a a long wave of force. “Power” mode sharpens up the throttle and adds crisper shifts and a more aggressive gear-holding protocol. Brake-based torque vectoring steps in to help both cars pivot into tight corners, leaving the promise of electric-motor vectoring to a Polestar of the future. In normal mode, the electrically boosted steering on both models feels light and distant, but well ratioed, with better weighting to be had in sportier settings.

In size, the S60’s wheelbase is nearly an inch longer than the BMW 3 Series’s and two inches longer than the Audi A4’s, contributing to both high-speed stability and rear legroom. Four-zone climate control is a nice surprise for rear passengers, while the top-line, 1,100-watt Bowers & Wilkins stereo is still one of the best premium systems in the business.

Lest we forget the tech, updates to Volvo’s Pilot Assist semi-autonomous drive system, including adaptive cruise control and lane-keeping assist, have improved the smoothness with which it takes corners, and seemingly, the accuracy with which it crawls through Los Angeles traffic. Volvo’s Sensus infotainment system has a new, faster chipset, giving it quicker responses. Apple CarPlay and Android Auto are standard, and phone hookup is, for practical purposes, instantaneous.

With the S60 completing Volvo’s revamped vehicle line, it now has a perfect little family of cars with clean, attractive designs in and out, well-developed tech, and adaptable infotainment systems. Although unlike its SUV siblings, the new S60 enters a segment in decline. If Volvo guesses right, it could do some real damage to competitors in the space. If it guesses wrong, well, there's always the next generation. For Volvo's sake, let’s hope anodyne is a magic word.

In a first for Volvo, the 2019 S60 will not be offered with a diesel engine, as part of Volvo’s switch to electric power.