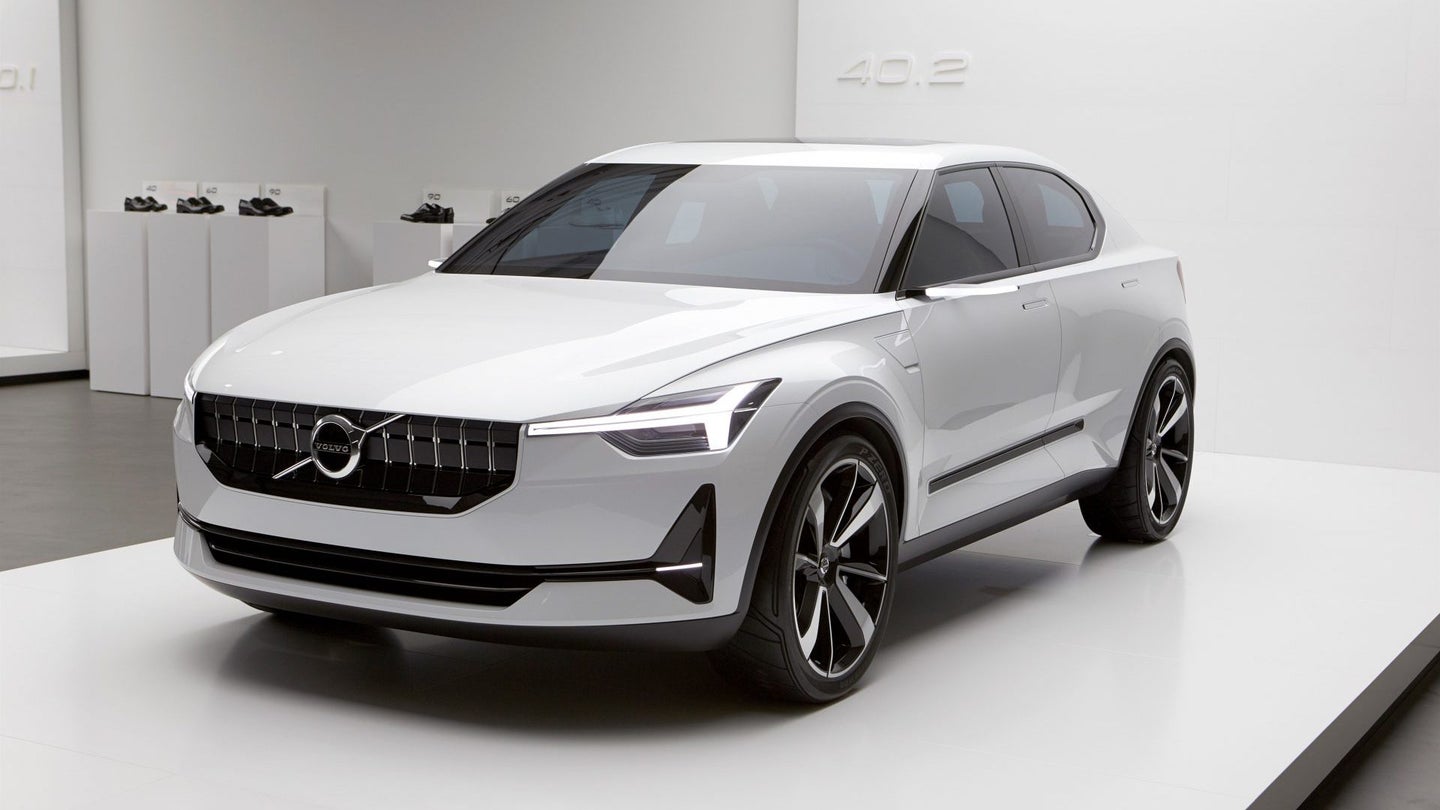 Polestar is preparing to battle Tesla's much-talked-about Model 3 with an electric sedan of its own, the Polestar 2. Company COO Jonathan Goodman recently revealed several vital stats about the upcoming Swedish electric vehicle.

In an email to The Drive, a Polestar spokesperson said that "the car has not reach[ed] spec freeze yet" but the provided figures are "certainly in the ballpark but by no means final." The rep went on to point out that Goodman's stated U.K. price includes taxes, which means an equivalent U.S. sticker price—which typically does not include tax—would be closer to $35,000. Not-so-coincidentally, 35 grand is also the much-publicized price of a stripper-model Model 3 that has yet to be produced.

Goodman also told Autocar that the Polestar 2's 350 miles of range "will represent the lower 'bookend' of our showroom range and, for now, it should give us as much access to the volume end of the EV market as we need." A Tesla Model 3's 75-kilowatt-hour long range battery, for comparison, is advertised to be good for 315 miles.

"The global electric car market was worth four million units in 2017 but it's quite widely expected to be worth 29 million units by 2025. EV owners will come from all walks of life," Goodman told the British publication. "So it's a mistake to assume that, because the cars are electric, you have to make them quirky or futuristic."

He continues, "Other brands may be doing that, but if we’re looking at a market worth 30 million cars within seven years, it isn't going to be niche, it's going to be mainstream. So you just design a great-looking car—not one with a big blue flash down the side." Values seemingly embraced by Honda in its new Insight, our first impressions of which you can now read here.

Seemingly in direct contrast to Tesla's cult-like following, Goodman says he'd like fans and customers of Polestar to have less of a, y'know, reputation. "I think it's very dangerous for brands like ours to sit here and ask 'What’s our type of customer?' Electric cars will be just as appealing to young executives as they are to retirees," Goodman said. "It's a new market, and purchase intentions will vary. So we've got to be a welcoming brand that’s not geeky, cliquey, or judgmental."