Scandinavian design, advanced safety tech, and a whole lot of hygge make this one sedan to beat. 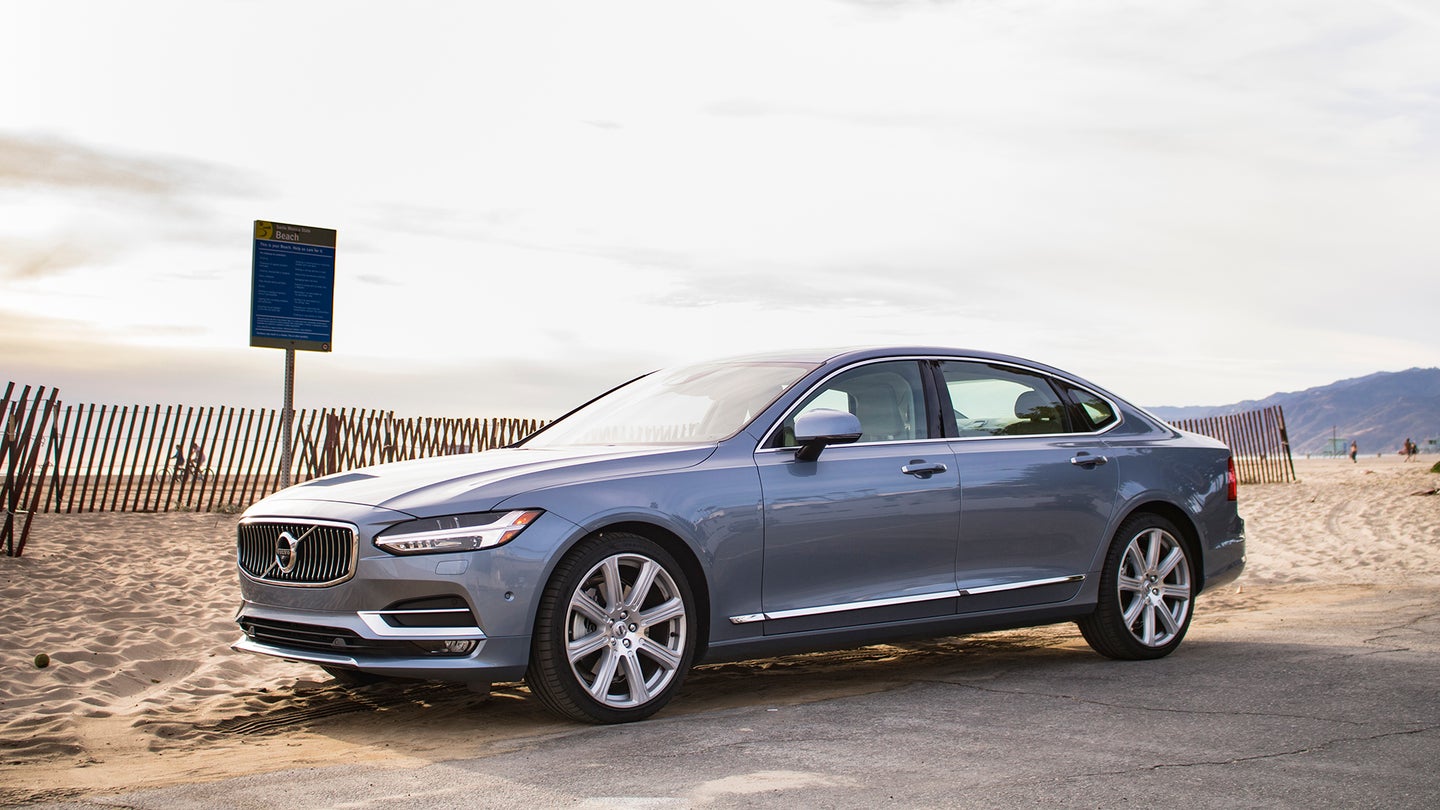 Welcome to Critic's Notebook, a quick and off-the-cuff car review consisting of impressions, jottings, and marginalia regarding whatever The Drive writers happen to be driving. Today's edition: The 2018 Volvo S90 Inscription.

Here's the thing about good taste: So often, it's ruined by others. Take the sharp, meticulous, and all-around great cars produced by the headlining European luxury marques, and consider the driver stereotypes that untold millions in marketing dollars have failed to eliminate. Forget to signal in a BMW? Ah, you're one of those. Run a little close in an Audi? Well, that makes sense, a**hole. Cheat on your spouse in a Jag? Too obvious.

Now, picture yourself in a 2018 Volvo S90 Inscription. What's the worst anyone can say now? I bet that guy has a fiscally-sound retirement plan. Or maybe, Hey, that's a sensible choice. And if they're really digging, I wonder if he smells like patchouli?

Really though, Volvo's svelte new models are so far removed from the boxy hippie-tanks rooting the company's family tree that they might as well be a different species. The S90 is hands-down beautiful, graceful, and elegant. It has the best interior you can buy for the money, full stop. It's a car that reaches the next level of luxury without even trying too hard, and it's unequivocal proof that Volvo can measure up to the legacy brands.

But the wacky cross-pollination that somehow merged Volvo's safety-first DNA with a stunning new design is only part of the story. Everyone loves beauty; not everyone loves the way a turbocharged four-cylinder engine sounds, or the way a front-wheel-drive-based sedan drives, or the way a buttonless infotainment system works. To see whether this is one Swedish model you can actually live with, I borrowed a 2018 Volvo S90 Inscription for a week of banal errands, chauffeur duties, and everyday driving around The Drive's west coast bureau in Los Angeles.

All things considered, the Volvo S90 Inscription gets it done. This is not a car that's trying to slay the Nürburgring, and it's not trying to out-Maybach a Maybach on a $60,000 budget. It's not going to appeal to everyone who might cross-shop it with a BMW or an Audi or a Jaguar, and it makes no extraneous efforts to convert anyone. It knows what it is: midsize luxury for the intelligentsia—buyers who want to know they've made the correct decision in terms of quality, comfort, and value. On those fronts, it delivers in spades.

On others, particularly when it comes to aggressive driving, it falls somewhat short, especially considering you can snag a BMW 5 Series for the same money. But taking a wider view, everything comes into balance on the S90. It's not so soft you can't throw it into a corner, or too hard to enjoy around town. It's not ostentatious, but it is striking in its own way. And it's not "second mortgage" expensive, but it still radiates luxury and class. The term "balance" is admittedly tricky, because we've come to expect cars to do it all, to be everything to everyone. But when you strip away the sillier expectations, the Volvo S90 is about as pure and on-point as it gets.

Sometimes it takes 86 years of suffering to write a $30,000 check. This is the story of Tony, the 2004 Boston Red Sox, and a Volvo S40 that was the rolling embodiment of a money whore