Mazda May Be Developing a New Electrically Twincharged Engine

Is twincharging obsolete? Not according to Mazda. 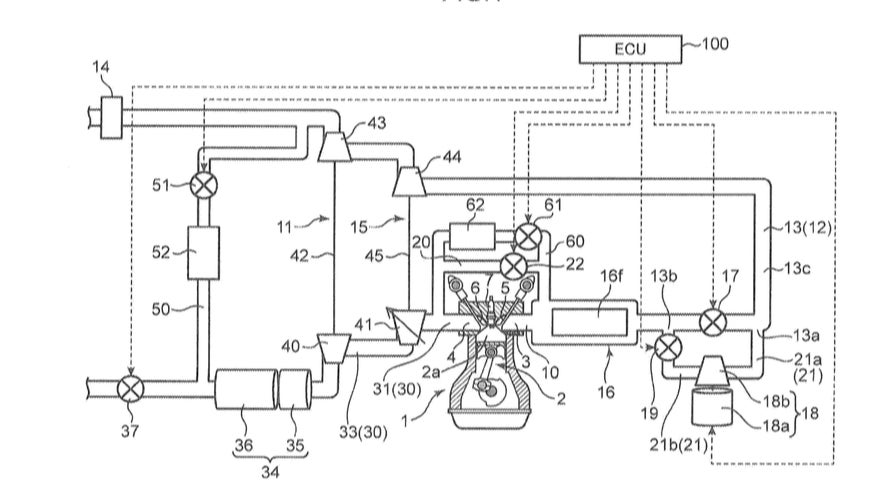 Mazda has never given up on revolutionizing the engines we use in cars. They stuck with the Wankel rotary design decades after competitors had abandoned the concept, and by all accounts, are still developing it in secret. More recently, they have confirmed that they will pioneer the HCCI gasoline engine for consumer cars, which functions like a diesel engine in that it compresses the air-fuel mixture to the detonation point. The extreme compression ratios involved make it more efficient than the spark-ignition engines in use by gasoline cars of today. Now, an application filed by Mazda with the U.S. Patent and Trademarking office suggests that Mazda is reviving the rare forced induction system known as twincharging.

Twincharging is a now largely abandoned method of eliminating the lag of turbo systems and the parasitic draw of superchargers. It involves use of both a belt-driven supercharger and an exhaust-driven turbocharger. The supercharger provides instant boost at any RPM, and once the turbo is spooled up, the supercharger decouples itself automatically with a small clutch, eliminating its own rotating mass from the drivetrain. Some systems use the supercharger to force boost into the turbine of the turbocharger instead of the intake manifold, which is fed only by the turbocharger. Systems like these were used on the Lancia Delta S4 rally car of Group B, and on some current Volkswagen TSi 1.4 liter engines.

Naturally, with the improvements made to turbochargers since the 1980s, in the form of almost lag-free twin-scroll, variable geometry, and twin turbos, the complexity added by twincharging systems have made them unfavorable for most manufacturers.

Mazda has decided that this design deserves a revisit as electric technology has advances, along with the advent of electrically-driven superchargers. In fact, their patent says that not only will the engine they are developing be electrically supercharged, but also twin-turbo. Is there even a word for that yet? Would it be called dual-twincharged? Tricharged?

Road & Track speculates that this new engine could power its electric supercharger with a battery charged by Mazda's i-ELOOP regenerative braking system, a technology that has received plenty of its own attention lately. They also note that an additional patent drawing suggests that this design's technology applies to both gasoline and diesel engines, as the part labeled 7 in the former and 19 in the latter's Figure 1 diagrams differs in description between the two. 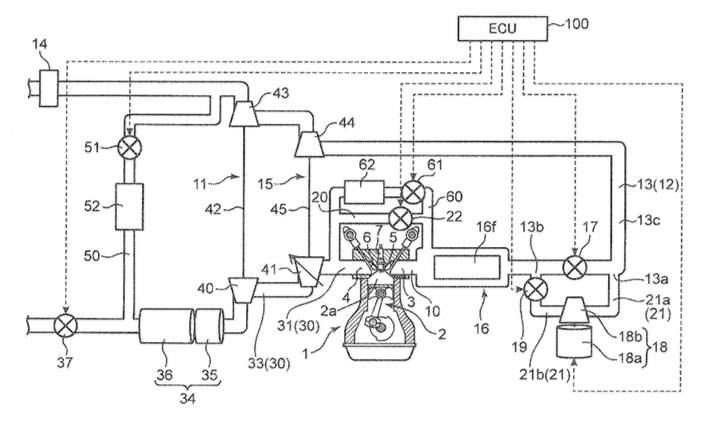 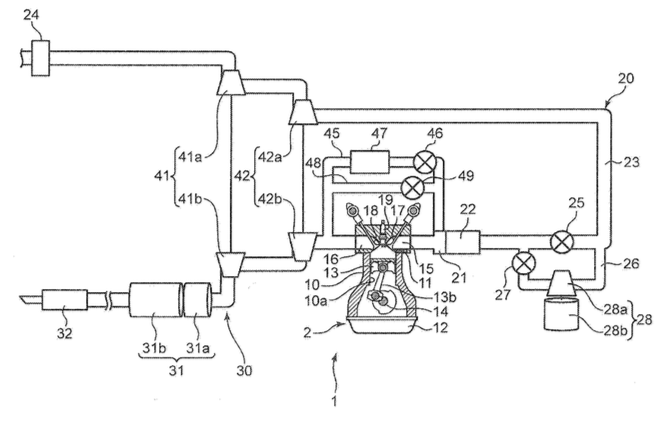 These patent illustrations leave us with many questions for Mazda. Are these meant to be a testbed for twincharging for their Wankel engine, or the upcoming Skyactiv-X HCCI engine? Is this meant for a performance car, or will it be shrunk and used to make economy cars more efficient? Rumors claim Mazda is due to announce the RX-9 later this year, and with how commemorative Mazda has been over their long-dead rotary engine this year, heaps of circumstantial evidence points to the next RX-series car not being far away. With nothing solid to go on, though, we have to wait until this year's Tokyo Motor Show in October to know for sure.