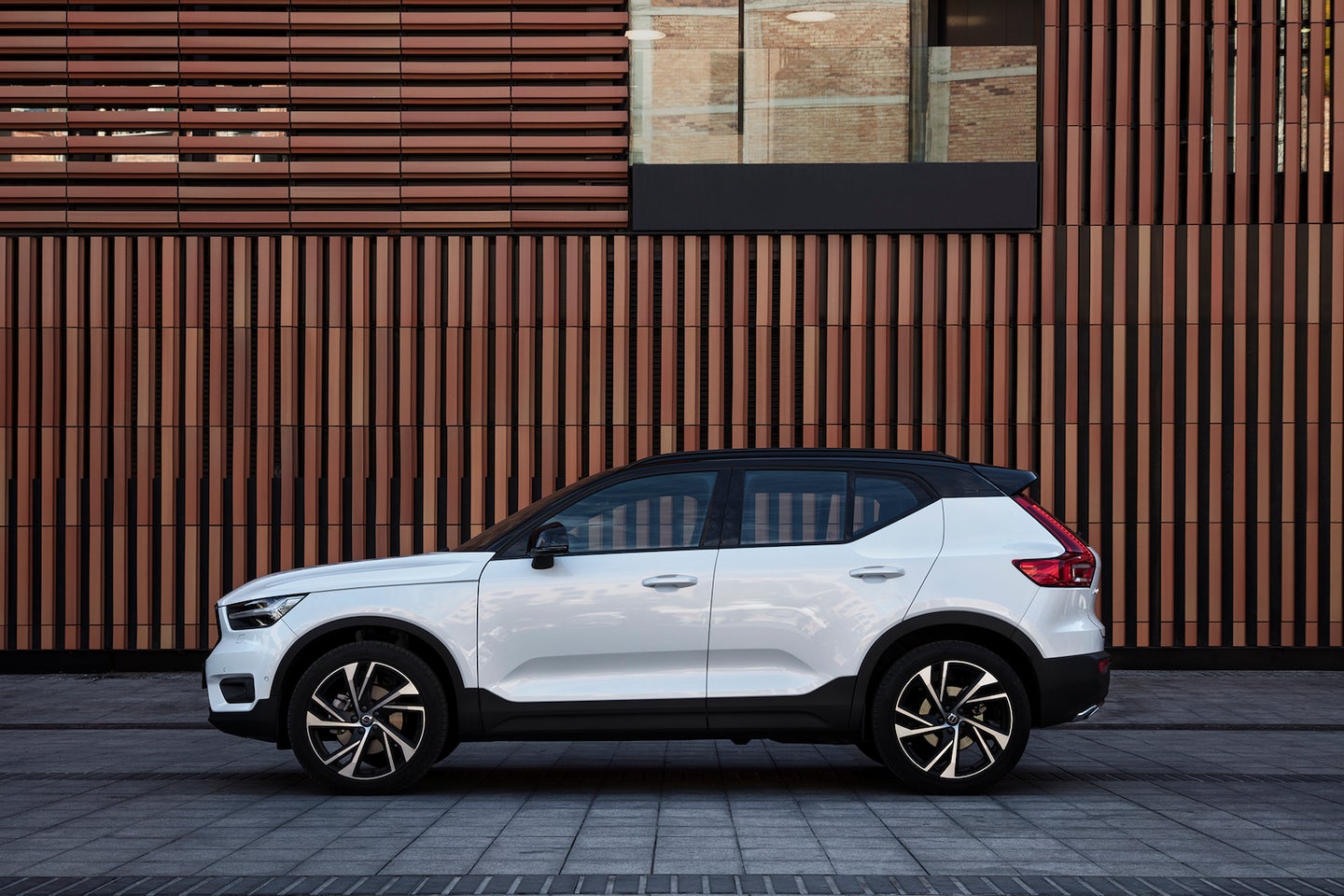 Repeat after me: Crossovers are terrible. They are unappealing, crass, and cynical—an almost unsolvable problem for designers who have mostly thrown up their hands. Crossovers fail as SUVs, with nowhere near enough space to justify the ghastly bulk, and they fail as cars because the bulk over-consumes space on streets and in parking lots. However, their explosive popularity is so complete that—for the worse—they now define the American streetscape.

Run for the hills, pragmatists and aesthetes; this is not your time. America’s passionate embrace of the crossover requires us to turn from beauty and cast our lot in with a stupid idea: We live in a time for ugly things.

The marketplace is a stripped-down democracy, and in the same way political democracies get the leaders they deserve (God help us all on that front, honestly), the cars on the road are the ones we elect to purchase. Vox populi has chosen the compact crossover.

No need to name which of the incumbents most egregiously embodies the ills of the segment. The blame is spread everywhere, from the poor taste of the buyers to manufacturers who cultivate it. I, for one, am on a long journey of acceptance: we are stuck with crossovers, for the simple reason that once a driver’s eyes are raised that 10” or so higher than a sedan, a consumer will never, ever want to go back down. Also, as the country moves ineluctably toward electrification, that hideous and mostly unnecessary extra bulk I whine about will actually  offer nice extra space for batteries.

So which small crossovers are actually doing it right? It’s a short list. Ready?

The all new Range Rover Velar is great because it’s not really a crossover. It’s a station wagon. Low and long, with the cleanest of lines and a rear overhang that goes on forever, its resting position vibes close to a small Ford Flex—an old favorite of mine that is, surprisingly, still being made. The Velar is as lovely as a exotic knife. It’s almost too beautiful for the compact crossover segment, which most commonly subscribes to an aesthetic that could be described at 5,000 pounds on oatmeal on wheels.

The Volvo XC40 isn't as consciously pretty as the Velar, and it's aimed at a much different audience than the Velar, entering the market at $33,200 in the Momentum trim, and topping out at $37,700 in the T5 R-Design. It will be the final piece in Volvo’s rebirthed lineup, and the first on a new shared platform, called Compact Modular Architecture, presumably additional smaller Volvos. In the past 18 months, Volvo has introduced the XC90, S90 sedan, XC60, and the superb V90 wagon. The latter vehicle, the slender, seductive V90 Inscription station wagon my well be the pinnacle of passenger car design in 2017. Of course, it’s likely that you’ll never see it because only a handful of people will ever purchase one, and the those that actually make it to US streets will be hidden behind an advancing horde of Rogues and CR-Vs and swarms of insectile RAV4s.

It's deceptively well-crafted, and punches far above its weight by paying close attention to design details. And although it was built with a young urban buyer in mind, it will soothe people who like to think of cars as more than millennial-shuttling autonopods. The XC40's is thoughtful, coherent, and sometimes quite beautiful to look at.

The guy who drew it is a 32-year-old Englishman named Ian Kettle. Just 27 when he first designed the XC40 back in fall of 2013, Kettle says he joined Volvo in early 2012, "almost straight after graduating from my degree in Vehicle Design from the Royal College of Art in London." Prior to that, Kettle spent time as a student designer at Bentley and worked in the U.K. and Hong Kong as a consultant on everything from phones to first class airline interiors.

The XC40 was Kettle's first actual project. Prior to that, he worked on the early stages scale model proposals of the V90 and the new XC60. His personal profile is well suited to the XC40—Young, sophisticated, urban, etc.—and had to create a car around three core concepts: cool design, clever storage (for that youthful urbanite), and smart use of technology.

How Does The XC40 Drive?

Volvo flew The Drive to Barcelona and put us up for a couple days in a giant blue hotel on the beach that looks like a glassy sail (the locals call it, somewhat derisively, "La Vela"). Parked in front of the hotel, a line of XC40s in R-Design trim are parked under palms bending under a wintry breeze. The XC40 is available with either white or black roofs and six different body colors. It has a powerful three-quarter view, an elegant side profile distinguished by a pronounced "light catcher" above the door sill, and the raked angles of the rear door align with the A-pillar, as well as the headlights and taillights. Overall, there's a compact muscularity that is vaguely reminiscent of the Jeep Renegade, which is a full $10,000 cheaper than the Volvo.

Built atop the new CMA platform, the design projects an aggressive stance. The beam of the rear wheels is a full inch wider than the front, and a strong break in the clamshell hood give the XC40 a nose-down attitude. The grille is an inversion of the XC60, the signature "Thor's Hammer" headlights are a sportier revision of the ones on the XC60 and XC90.

The trick that Kettle is trying to pull of with the exterior design is to create what he calls a "youthful vehicle," that is simultaneously elegant, pared down and "premium." "I did it by making a single scalloped shape connecting the rear wheel well to the front well. It's not a conventional light-catcher—the massive scallop is bold without having an old fashioned treatment."

The tailgate is so clean as to be almost stark—a very Scandinavian touch. Kettle even moved the license plate under the rear door to keep the area uncluttered. The tail lamp is contained in one unit. "We designed it like a robotic eye—if you look closely there are no hotspots, it’s a constant color. You can’t see single LEDs."

Volvo Now Has the Youngest Fleet in America

When the XC40 hit lots in March of 2018, Volvo will go from having the oldest average fleet on US roads to the youngest. The XC40 is part of a particular subsegment, referred to in the biz as “XS,” or extra small. It is built on a shared modular platform in the Volvo family—the Compact Modular Architecture—and will come with two engines—first the AWD T5, packing Volvo's workhorse 2.0-liter inline-4, that makes 248 horsepower and a maximum output of 258 pound-feet of torque.

It's not an engine that will blow your hair back, and the only complaint I have about the XC90 and the V90—that the styling seems to cry out for more straight-line power than Volvo's twincharged 2-liter can muster—applies to the XC40 as well. The engine, which should get around 30 MPG when the EPA numbers are announced, sometimes feels like it has to work too hard.

Flogging the XC40 in sport mode along the roads in the foothills of Barcelona, you can have some fun, but the high-revving engine and the twitchiness of the 8-speed automatic transmission is never too far from your mind. If you settle and use the crossover for what it's meant to do—convey you stylishly and comfortably to your destination—the issue dissolves. The electric power assisted rack steering is precise and spry, and the suspension of the CMA plants the XC40 well on highways.

The XC40 Is also Young on the Inside

The interior of the Volvo—with its array of clever details and storage solutions—is where the car really comes to life. Match the Crystal White exterior with the Nappa Leather and "Lava" orange faux wool, called Nubuck. It's a surprisingly cool combination. The designers moved the sound system (a robust 13-speaker set from Harman Kardon) out of of the door panel, and instead placed a forced-air woofer in the dashboard. The added space is large enough to accommodate a 15-inch MacBook. The center console has enough room for a nifty removable (and easily washable) wastebasket and a couple full-size boxes of tissues. There are three special slots for credit cards (or toll cards, more likely), and a dedicated cellphone holder in front of the gear selector with a wireless charger for all you iPhone X owners.

There's even a little clip on the glove box to hang a takeout bag from. Volvo thought of everything for the striving urban youth.

The space in the way back, behind the rear seats is ingeniously configured. In the R-Design, there is a "foldable load floor," meaning the floor folds up into a configurable divider, exposing a whole added layer of storage. In all, there is 47.2 cubic feet of space back there. Not bad for a compact crossover.

Finally, the XC40 is the first Volvo you can "buy" using the Care by Volvo, a new "subscription service" presumably meant to attract those younger buyers who want car ownership to be as convenient and hassle-free as a Netflix account. For $600, Care by Volvo gives you a car—including maintenance, insurance (through a deal with Liberty Mutual), and roadside assistance. There's a 2-year commitment on signing, with an option to upgrade after a year (and like with a cell phone contract, the clock resets if you do upgrade early). The XC40 T5 R-Design is $700 a month.

It's a nifty gimmick, and is already deployed in pilot programs in seven European countries. It also helps soften edges of my hatred for the crossover segment. In the end, part of my acceptance requires being open to new ideas. So iIf you absolutely must buy a crossover and want to experiment with a subscription program that will likely serve as a test case for every OEM, give this tough little robot a try. 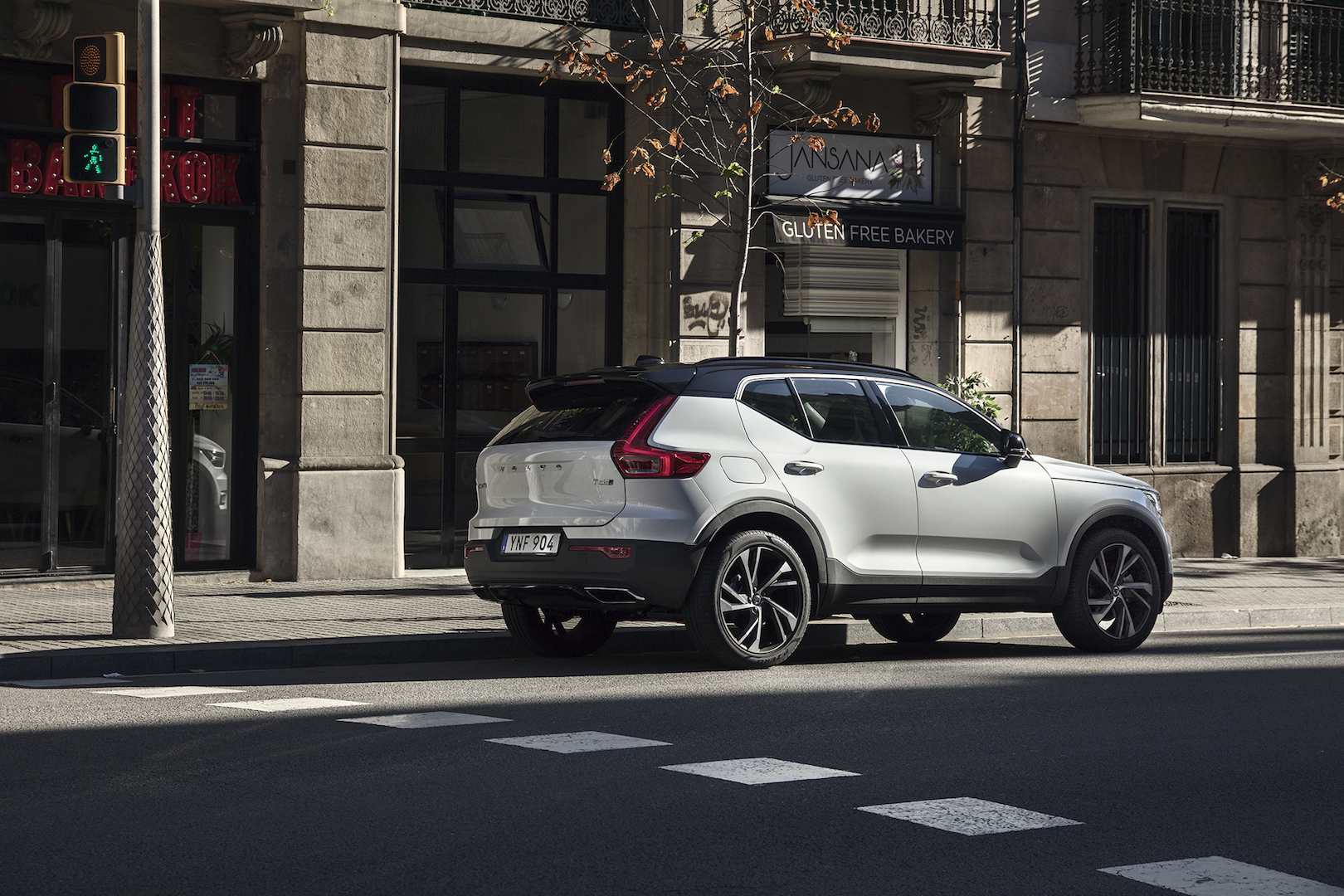 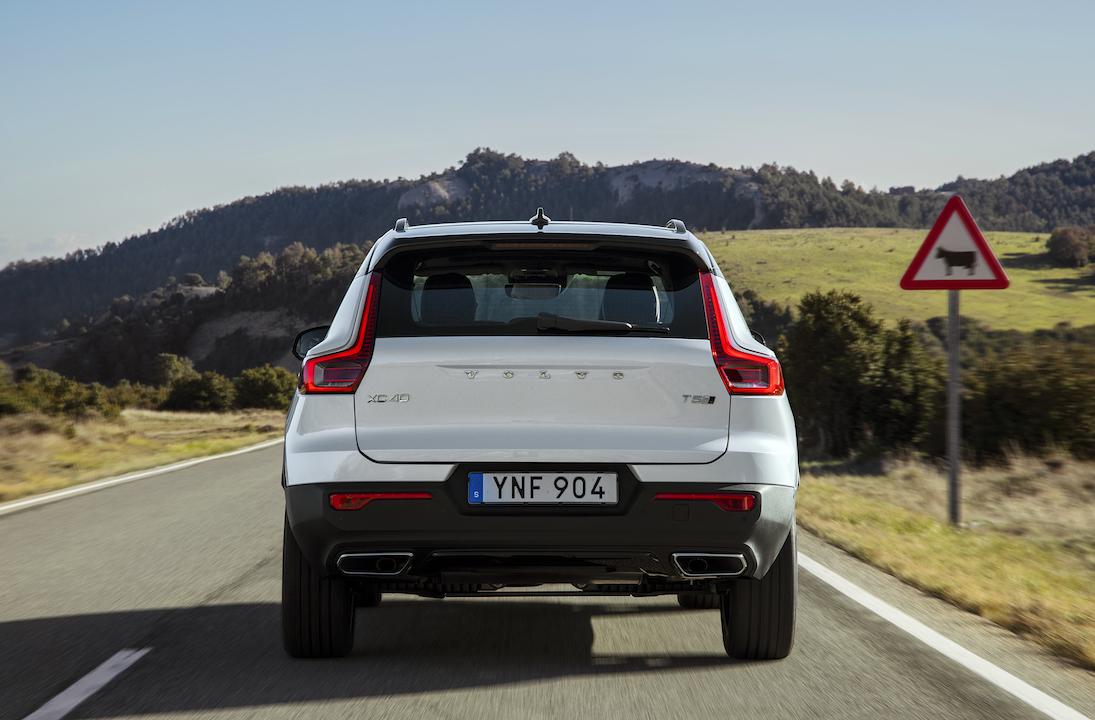 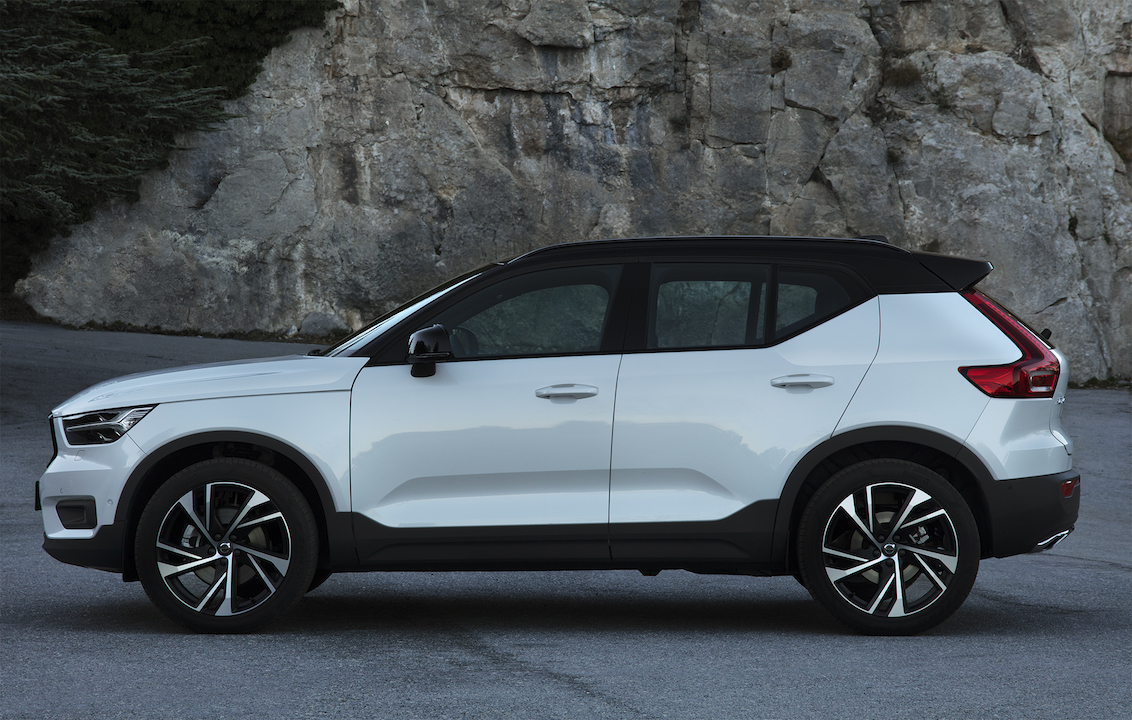 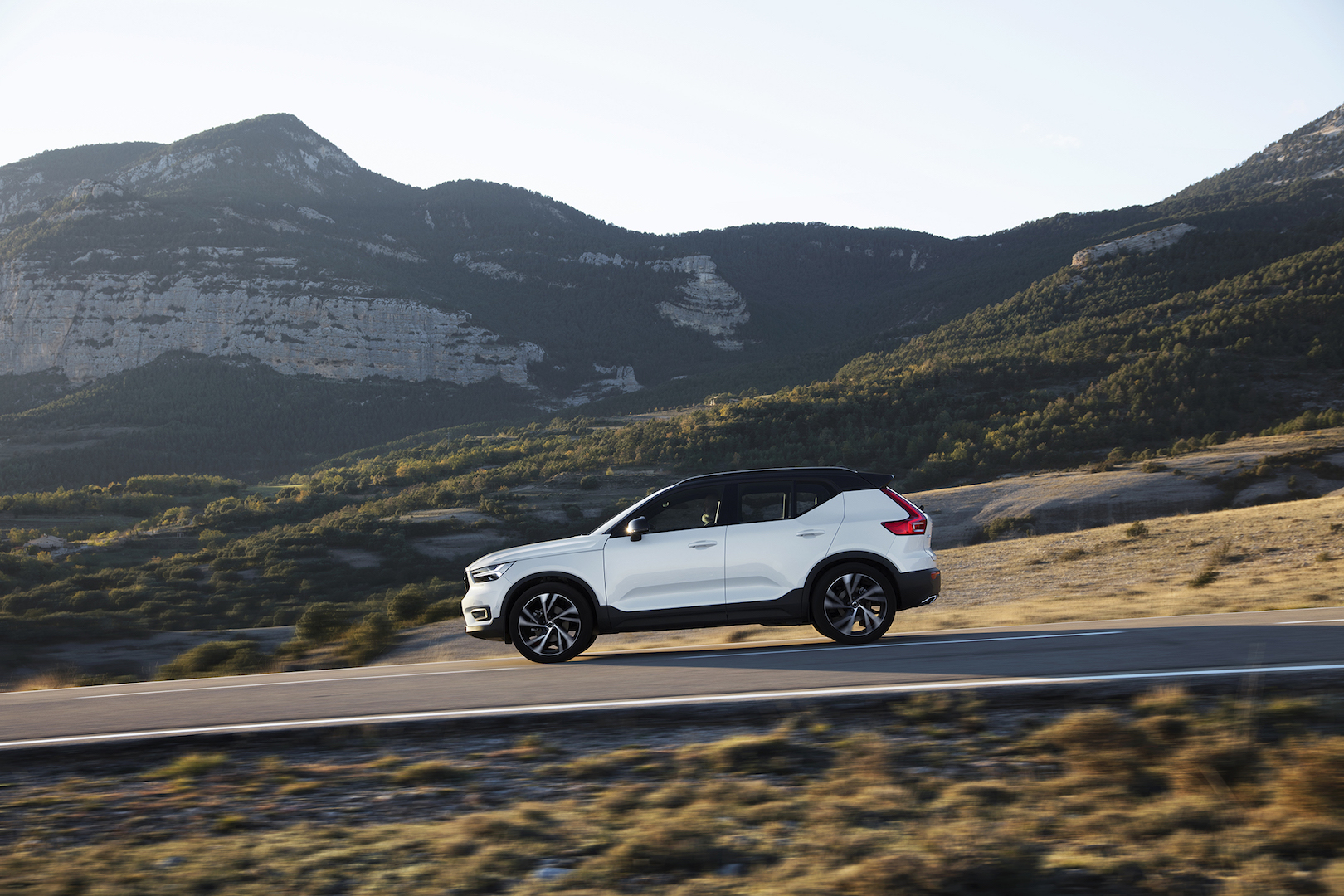 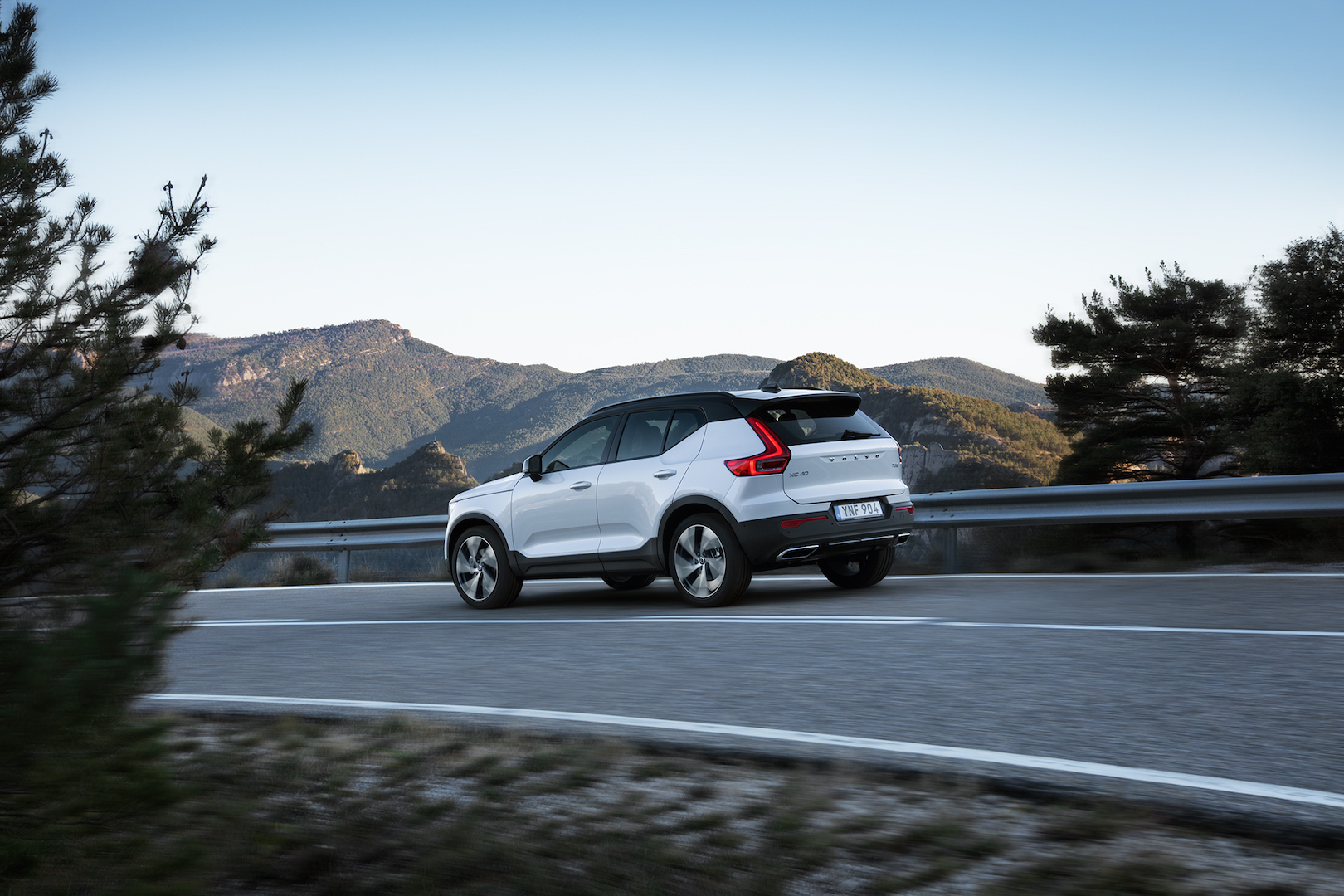