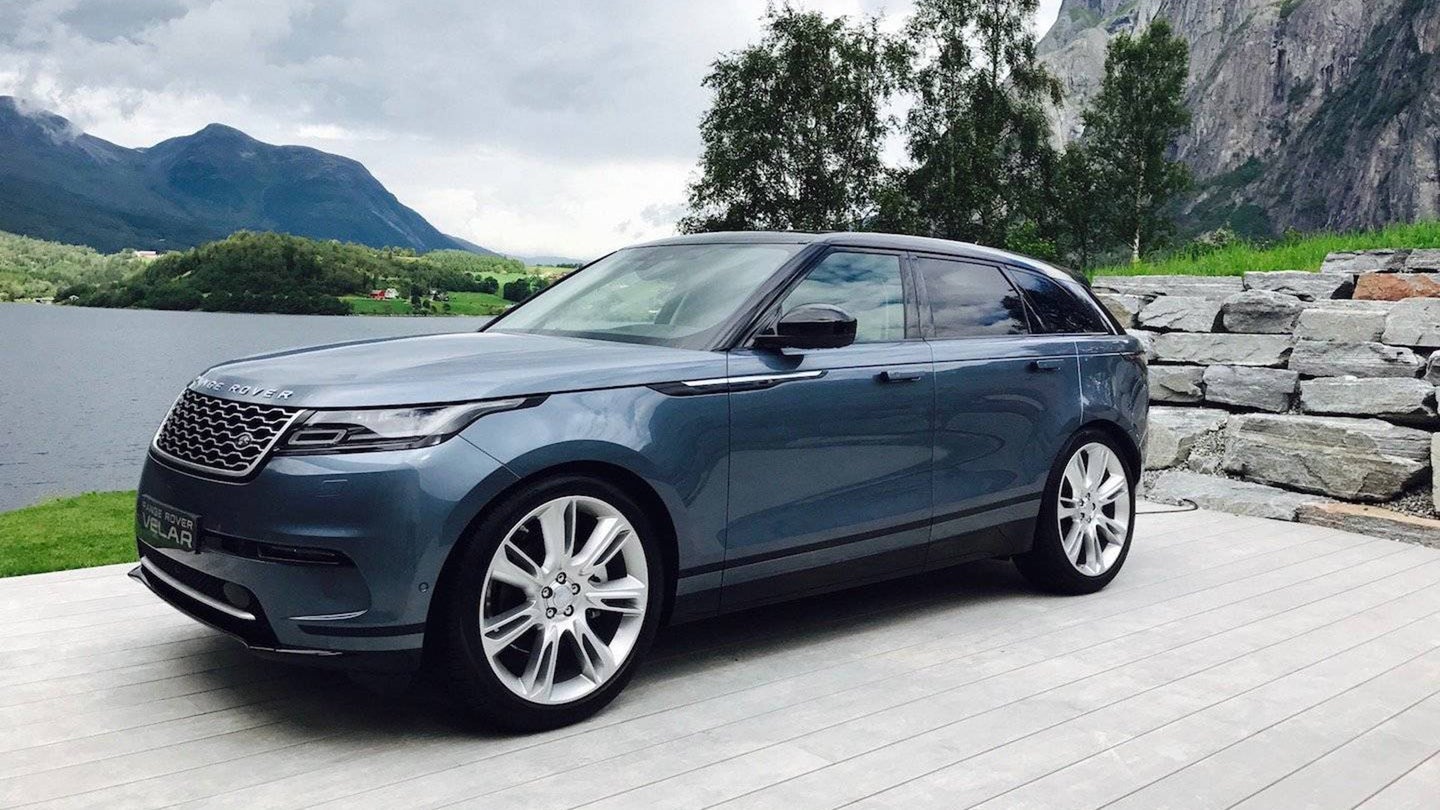 The all-new Range Rover Velar was supposed to fill the white space between the Range Rover Sport and the little Range Rover Evoque—a gap that has plagued Land Rover Range Rover since the first Range Rover rolled off the Solihull, England, assembly line just five months before the Beatles released Let It Be. Whether filling that white space is what the Velar's goal should be, it has set a new standard for beauty in a class of cars desperately short on looks.

The Range Rover Velar is very much chasing the luxury compact crossover segment-within-a-segment, playing catch up with BMW X3, Mercedes GLE, the Lexus RX. It's base price of $50,935 is priced close to the GLC, the Audi Q5, and with a few options added on, it places itself among even more rarified competitors, like the Porsche crossover and the X4. With the Velar, Range Rover has made an unambiguously successful product. Can it fit into this crowded market?

Let's start with the looks: The Velar is a study in minimalist design. In that sense, it's spiritually not all that different than the first Range Rover, which was given the internal designation "Velar" as a sort of nod to the Latin or Italian verb, to disguise. When first conceived in the 1960s, the Range Rover was meant to be functional, durable, and not at all sophisticated. It was a box that trucked in simplicity, and that was enough to attract a devoted buyer.

But this is 2017, when car companies are required to build certain types of crossovers for the consumers. Efficiency is no longer our primary concern. Neither, frankly, is style. The truth is that ride height—that extra 10 or 14 or so inches above a sedan that a small SUV reaches—is what's really motivates the car buyer. The Velar checks this box as ably as crossover kings Nissan Rogue or Honda CR-V. What makes the new Range Rover such an extraordinary vehicle is that it achieves a level of refinement that punches well above its price.

We first drove the Range Rover Velar in Norway, which happens to be the spiritual capital of the electric car (Norway heavily incentivizes EV purchases, and for a while boasted that its top-selling vehicle was the Tesla Model S). During coffee breaks on the roads winding along fjords and switching back and forth up the dramatic mountains overlooking the North Sea, the small details of the Velar emerge: At rest, it sits 1.6 inches lower in Automatic Access mode. It's meant to make the vehicle easier for old fogies to hop in, but the result is undeniably sexy—like a tall, sleek station wagon (well, my idea of sexy). The door handles align flush with the sheetmetal sides, a nice touch that has aerodynamic benefits, but mainly plays to the design. The floating roof—a marque signature—finds its most successful home in the Velar. Then there's "The Stripe," that runs the length of the Velar, from the grille to lower taillights, which are the smallest taillights in the Range Rover lineup.

What sets the Velar apart is the exaggerated minimalism of the proportions. The overhang behind the rear axle that goes on forever, the choptop roof, the swipe of the Stripe, the trimmed down lighting, the door handles: It's postgrad design minimalism in all the best ways.

On the inside, the Velar is an escape capsule, refined and quiet. The dashboard is dominated by two 10-inch touchscreens, the core of the new InControl Touch Pro Duo system, that are glossy black when the car is off. The screens are flush with the console. Gone are the separate buttons and knobs for the terrain response systems, replaced by on-screen controls and two simple, multifunction rotary controllers. At startup, a dial for the transmission rises from the lower console. There are new capacitive switches on the steering wheel (which are nearly impossible to use if you're on a bumpy backroad). The digital gauge cluster is multi-configurable, and the functions of the knobs change as you scroll through the onscreen menu.

The usual leathers wrap the seats, though with the Velar, Range Rover offers optional upholstery woven from sustainable resources (make that plastic), which it developed in partnership with a European textile manufacturer Kvadrat. The net effect is that the Velar toes the line between sleek interior design and overly complicated menu navigation, which in a lesser interior would create a driving hazard. Here, in an interior that rivals only the new Volvos for refinement, it is brilliant.

On the road, the Range Rover Velar is well balanced in corners and smooth as glass on highways, with all that perfectly balanced steering feel that Range Rover puts into its product (Range Rover, as everyone knows, has the best steering feel in the SUV business, bar none). For the passenger, it is a magic carpet ride.

The Range Rover Velar First Edition, the trim level we tested, is priced close to $90,000, in the same ballpark as its feline cousin, the Jaguar F-Pace, which shares a suspension design and the lightweight aluminum architecture (the construction of the Velar is 80% aluminum) platform underneath. It is equipped with electronically-controlled air suspension.

Most of the Velar's sold will be in the more modest trim: the entry-level Velar makes do with a 247-horsepower turbocharged inline-four. A step above that, there's the supercharged V6, which has more power than you''ll ever need. If you can’t live without the blown six, expect to spend at least $65,195 to get a 380-hp variant in the Velar S. Finally, there's 180-hp turbo-diesel four-cylinder with 317 lb-ft of torque for those who prefer high-compression combustion.

When the Velar was first announced, more than a few wags wondered if the white space between the Range Rover Sport and the Evoque actually existed. After spending a few days driving it, and watching it at rest from the window of a coffee shop, it becomes obvious that Range Rover has done more than fill a product gap: it's made its most beautiful car yet.