In this case, “stuff” is a placeholder for a much saltier word. 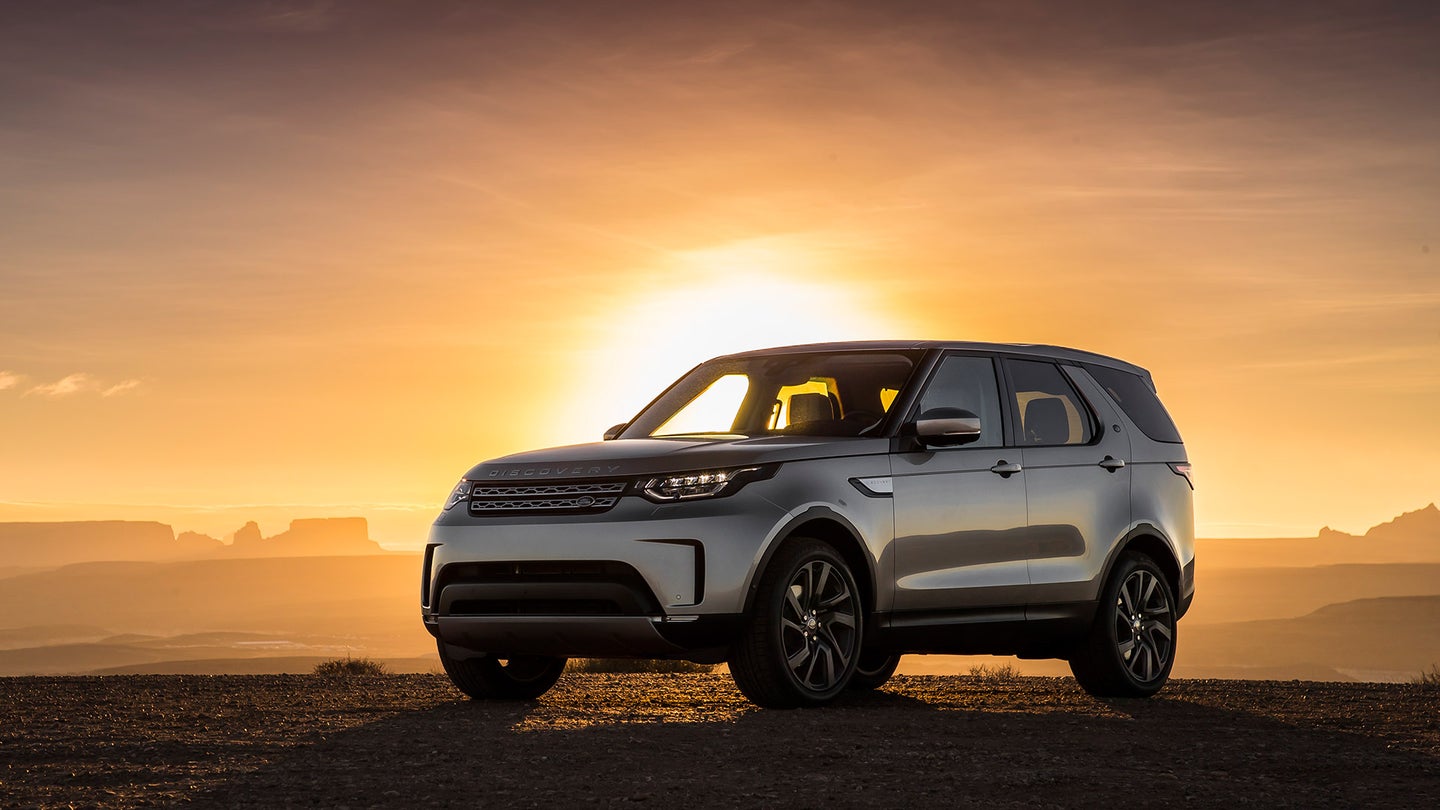 WHAT THE HELL IS IT? The latest top-of-the-line Land Rover Discovery, a luxurious, up-to-seven-passenger SUV that gets s**t done.

WHO IS IT FOR? The Discovery HSE Deluxe starts at $65,000, so it's definitely oriented toward the higher-income buyer. That being said, this Land Rover very comfortably seats seven people, and feels like the high-end luxury SUV it is. It's also one of the best off-road vehicles you can buy new these days, and will haul over 8,000 pounds if you need it to.

WHERE DID WE TEST IT? Around New York City, plus a drive to Tuxedo Ridge, New York for a Spartan race. It went with ease from transporting six dirty Spartan kids to a dressed-up birthday evening in the city. (It's a shame that we didn’t really get a chance to explore the off-road capabilities this time around.)

THE FIRST THING YOU NOTICE IS: It looks fantastic, to my eyes. I always felt previous Discoverys were a bit boxy, with a very utilitarian look. (The brand was probably trying to differentiate it from the more expensive Range Rover.) This new-for-2017 version breaks from that. I received a lot of approving looks at red lights—a fairly unusual occurrence for a modern car in NYC, where that tends to happen more often when driving a muscle car from the 60s or something equivalently rare.

CAR IS GOOD AT: Going places, any places, with lots of stuff, or lots of people, very comfortably. Once inside, you know you're in a Land Rover with all the best the brand has to offer. Additionally, the new Discovery's technology features are best-in-class. From the adaptive cruise control (some deep thoughts on that below), to the third-row seats rising or falling themselves up at the push of a button or a touch of your phone, to the very practical “Do all my passengers have their seatbelt on?” display on the dashboard.

CAR IS BAD AT: Tough one there. The engine could have a bit more oomph. With “only” 340 horsepower, the V6 really needs to work the supercharger to move its heavy frame quickly. Also, the trunk space is very limited when in seven-passenger configuration.

WOULD YOU BUY IT? I would. And that says a lot, because I love small cars. (My daily driver is a Mazda 3 hatchback.) I generally feel big SUVs are impractical in NYC. This one, though...it just works.

The strangest thing about this car is that it didn’t feel too big, either when looking at it or driving it. I hauled seven people and their bags around, and still didn’t feel I was driving a giant sport-ute in the way you do sometimes in other such vehicles. The only indication you're in a fairly massive car is that you tower above everyone else.

Also, I will break from my colleague Eric Goeres, who strongly disliked the same shared Jaguar Land Rover infotainment in the Jaguar F-Pace. I thought the system was fairly easy to use and looked very good.

Additionally, I will mention the outstanding adaptive cruise control system Land Rover uses. Boy, did I have fun with that one by “hacking” it in bumper-to -bumper traffic. Who doesn’t hate the constant stop and go of such urban illness? Well, the Discovery provides a remedy: Set your cruise control to 30 miles per hour and let the car do all the work. It'll come to a complete stop when the car in front of you does, then start again when the traffic moves. You don’t have to do anything but steer. It keeps a safe-but-close distance when speeds are very low, and stretches that out to a longer distance when traffic speeds up. obviously, the system is also very practical on the highway, especially when there is somewhat heavy traffic and speeds needs to be regulated fairly often.

Overall, I thoroughly enjoyed driving this new Discovery and recommend it as a solid option, if you have the need for a vehicle of this size.

No, it doesn’t make much sense. But it’s still pretty entertaining.