♬ Wouldn't you like to social distance ♬ On Volvo Island ♬ 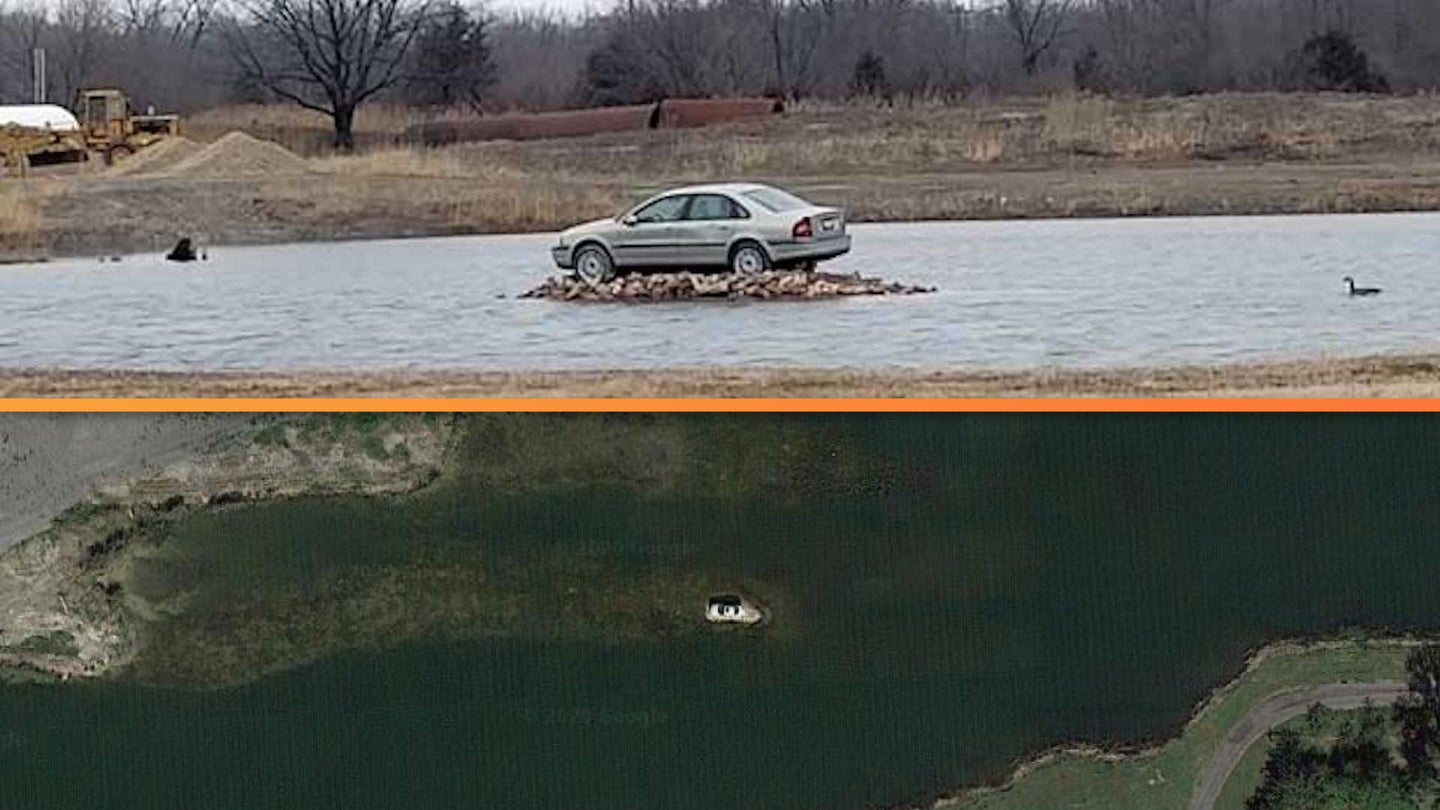 Ottawa, Illinois is a sleepy little city that's home to about 20,000 people, a museum about the Boy Scouts of America, and, out east of the main drag, at the intersection of Illinois Route 71 and US Highway 6, an abandoned strip mine, flooded with some 40 feet of standing water. In its center sits a rocky, artificial island, with a single lonely occupant: A 2001 Volvo S80.

The solitary Volvo has lorded over its little isle since early January 2012, according to an article from Ottawa's The Times. Both the island and the surrounding lake are private property, owned by Ottawa resident Scott Mann, the proprietor of two local car repair shops. Mann "has a lot of crazy ideas" according to his office manager Tiffany Warren, who admitted her boss originally left the Volvo out there with the idea of holding a contest to see if the public could guess how it got out there. After realizing the contest could tempt people into the flooded mine, however, Mann had second thoughts.

"We were thinking of a contest to see who could figure out how the car got there, but we decided against it," Warren told The Times. "It was actually pretty dangerous because it's 38 feet deep out there."

Warren revealed that the land the Volvo occupies was once the end of a peninsula poking out into the water, and that the car was simply towed out to the end of it before the land bridge was excavated out. Satellite images of the area still show the remains of said land extending out to the island under shallow water.

"Because that area was strip-mined there was a finger of land through the water," said Warren. "The car was towed out to that little island. Then we used a big excavator to dig the dirt away from the car to make it look more like an island."

At the time, Warren said her boss was considering covering the island with sand to make it look like a beach. Either the sand was never laid or it eroded over the last eight years, because there's no sign of anything beach-like in Google's photos, which are dated 2020. That may be for the best, though, because the notion that a Volvo that hasn't been driven in eight years is enjoying more time on the beach than responsible Americans sheltering at home might be too much to bear in times like these.