Motorcycles Should Have Three Headlights for Improved Visibility

In an era of automotive daytime running lights, single-headlight motorcycles are more invisible than ever. 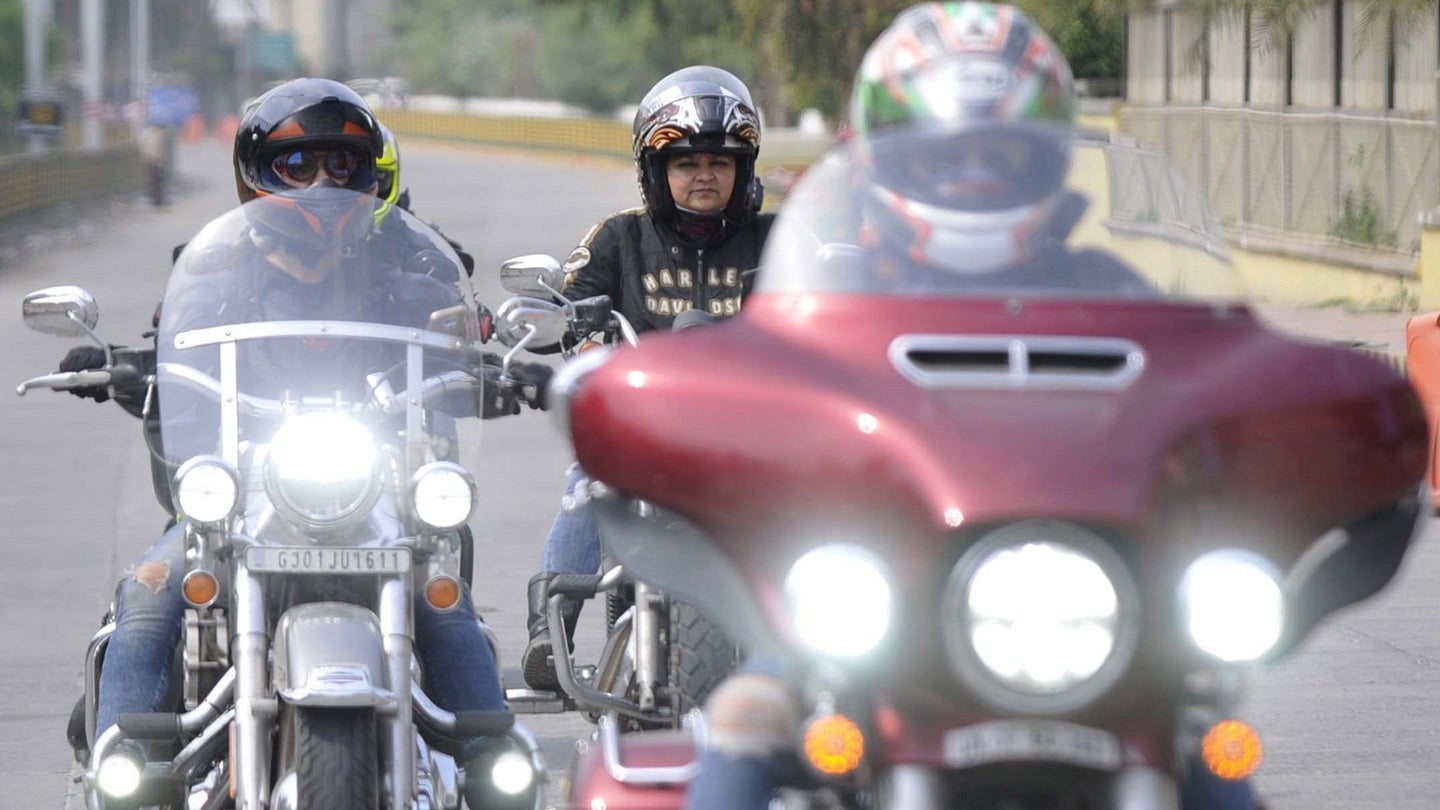 The most common excuse heard in a car vs. motorcycle crash is the car driver saying, "I didn't see the motorcycle." The fact that motorcycles have their headlights on during the day by design and by law is no longer adequate to ensure that others on the road can see them. As cars have gained additional daytime lighting, motorcycles need to stay ahead in the visibility game as well.

My 1980 Suzuki GS550E had a rather unique feature that you won't find on any modern motorcycle: A headlight switch. That's right, you could manually turn the bike's lights on and off while it was running. That was the last year such a switch was available. As of 1981, motorcycles sold in the U.S. have been required to have their lights on at all times to make them more visible.

This worked well for a while. But today, nearly all cars in the U.S. have daytime running lights. There are good safety reasons for this, but they create their own unique dangers as well. One of them is that they erase the visibility advantage that motorcycles once enjoyed over cars that did not have their lights on during the day. In fact, since cars run two daytime running lights as opposed to the motorcycle's single headlight, bikes are now less visible than ever.

The solution is to add more lights to motorcycles. But it's important to do so intelligently, and not start an illumination arms race that will cause burned out batteries and charging systems. Big cruisers often come with a pair of driving lights on either side of the main headlight. This provides not only more light, but also an appearance unique to a motorcycle.

As a motorcycle rider, I've suffered my own fair share of oncoming vehicles turning left across my path. But ever since adding a pair of LED driving lights to my Honda Shadow I've noticed this happening far less often than it used to. In fact, other drivers seem less likely to cut me off or crowd me in all situations. Perhaps this is because having multiple lights on my bike helps them gauge the distance between us more accurately, something the single point of light from a single headlight doesn't allow.

You can easily drop hundreds of dollars on chrome light bars or specialized LED lighting that will throw light thousands of feet down the road ahead of you. But all I'm using is a $14.99 pair of LED driving lights from Yitamotor that I originally bought for the Jetta Ute project before upgrading its headlights. I would have chosen a different design if I'd bought them specifically for the bike, but these work fine. Why fix what isn't broken?

It's unlikely that regulations will change to require a three-headlight configuration on all motorcycles anytime soon. But as I've learned, it's both cheap and easy to install extra lighting on a motorcycle yourself. The improvement in safety is well worth the minimal investment of time and money.

Headlight technology has come a long way since the heyday of the sealed beam, and upgrades are plentiful, but which is best?

The new technology includes cameras which see the road and one million pixels creating the optimal lighting for a driver.