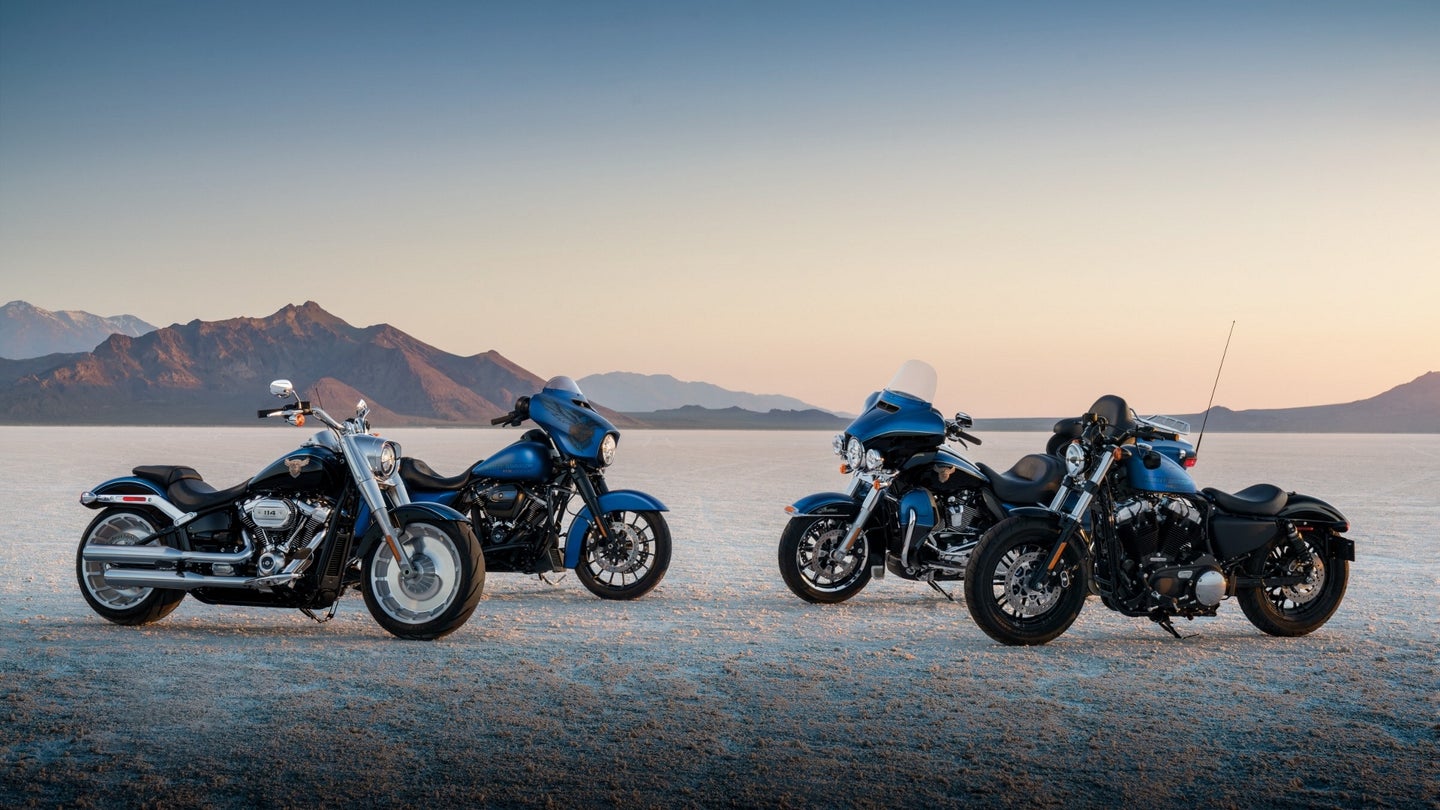 Harley-Davidson had a rough year in 2017. Sales were down despite the introduction of a fully revamped Softail lineup and a factory was shut down due to decreasing demand. But 2018 is a new year. Has Harley turned things around in the first quarter? The answer is a little complicated. The financial results for the first quarter of the year for Harley-Davidson have some good news, some bad news, and not a lot of surprises. We won’t bore you to death with every single number, so here are some of the highlights.

Revenue is up 2.7 percent over last year despite motorcycle shipments going down a fairly significant 9.7 percent. How can you increase revenue with a decrease in shipments? Likely with service, higher transaction prices, and of course, selling lots of Harley-Davidson branded trinkets like t-shirts, boots, bandanas, paperweights, etc. Net income is down 6.2 percent and earnings per share is down 1.9 percent. U.S. retail market share is down a slight 0.9 percent to 50.4 percent for 601 cubic centimeters and bigger motorcycles.

Now for the good news. International sales are up a slight 0.2 percent and the operating income for Harley-Davidson Financial Services is way up with a 20.8 percent increase over the first quarter of 2017. H-D is also seeing some nice tax savings thanks to the 2017 Tax Cuts and Jobs Act.

Despite a lot of these numbers being down compared to last year, they actually beat some of Harley-Davidson’s estimates. It’s hard to see some of these as a plus, but the fact that the sales and earnings numbers aren’t even worse is a small win. Harley-Davidson is facing a bit of a challenge heading into peak motorcycle season in 2018. The iconic American brand’s resilience will be tested and we’ll keep an eye on how it shakes out.