Hard Luck Automotive provides oil changes and even transmission replacements for just the cost of parts. 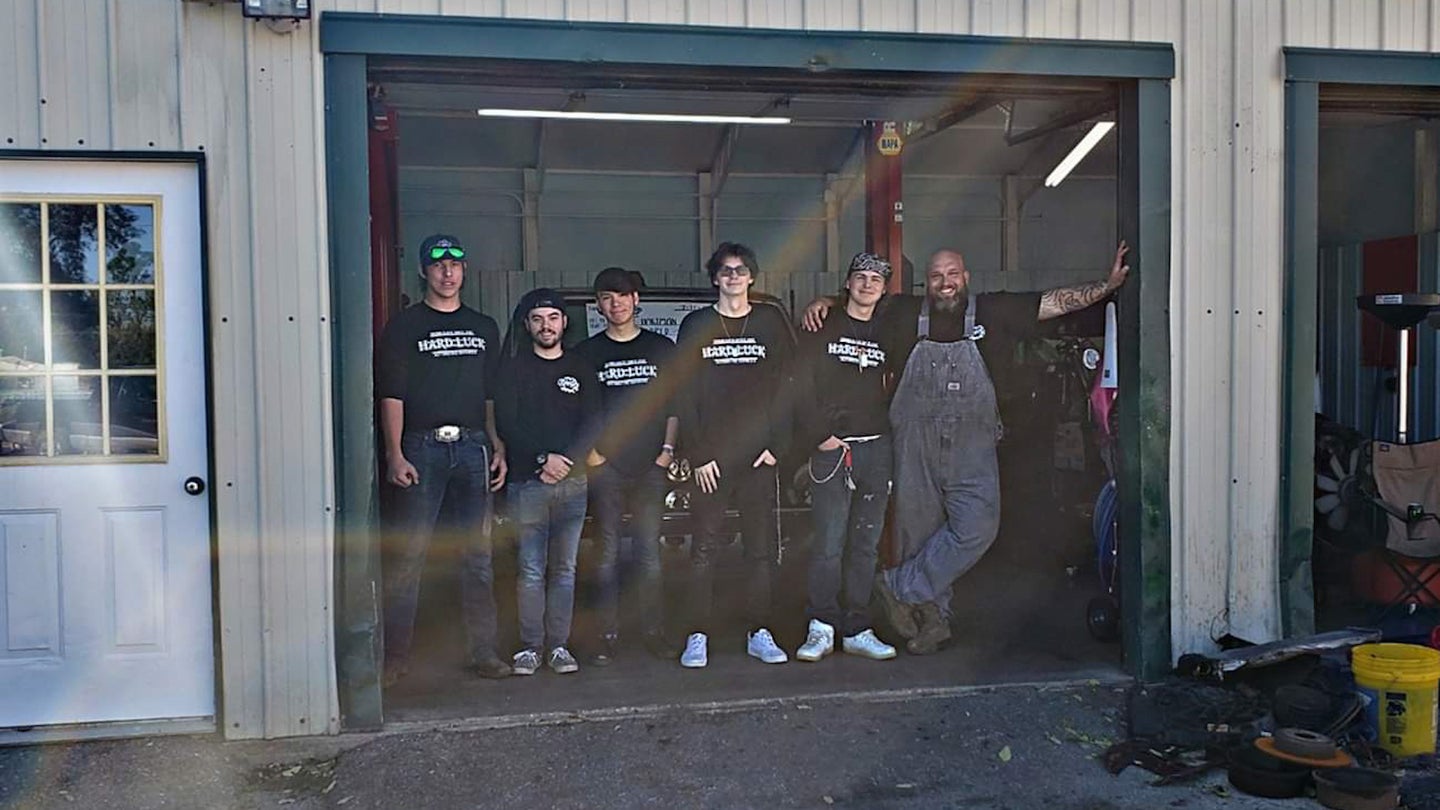 An Oklahoma veteran quit his day job to give back to the community's less fortunate drivers. Adam Ely and his wife Toni run a non-profit car repair shop called Hard Luck Automotive, where they do everything from replacing an alternator to oil changes for only the cost of parts.

The Ely family decided to take on this issue as car maintenance is much more than a minor inconvenience for some. Many vehicle owners get into serious financial trouble when their cars break down and repair bills start piling up. As a result, Hard Luck’s bring-your-own parts policy can be a blessing for those people, cutting out labor costs—often the most expensive portion of getting a vehicle repaired. Ely started the nonprofit in 2017 after seeing the impact that he had by fixing a friend’s daughter’s car for just $65 instead of the $400 that was quoted by a local garage.

Soon after that, Hard Luck started to quickly grow, thanks to people sharing the word on social media. Initially, Toni’s focus was on public relations and fundraising, selling t-shirts to pay for tools, gas, and keeping the shop running while Adam handled all of the repair work.

Both Elys are or have been enlisted in the military. Toni is currently a B-52 bomber program manager and Adam served in Afghanistan as an Army paratrooper and helicopter mechanic. Adam suffered hearing loss and post-traumatic stress after serving overseas and has been on federal financial assistance since 2007, which helped prop up the family’s income enough for him to quit his job as a civilian aircraft mechanic to focus on Hard Luck full time.

Ely says he now spends a full 40 hours diagnosing problems and fixing all sorts of automotive issues for 25 to 30 clients every week. In addition to providing free car repairs for dozens of people montly, Adam helps mentor local teens who aspire to become mechanics with hands-on training.

“I give them a safe environment with quality tools and somebody to show them the way,” he said in an interview with the Washington Post, adding “I’m thrilled that they want to become car mechanics—we’re going to need them."

Having worked on some of the most highly-classified aerospace programs in the world, all this new UFO talk sounds very familiar to these two men.

The truck’s former owner may have lost the battle with cancer, but his 2006 Titan is still helping people through his foundation, thanks to Nissan.