This Electric Caterpillar Excavator Is the Tesla of Heavy Construction Equipment

Pon Equipment plans to deliver eight of the excavators to EV-crazed Norway. 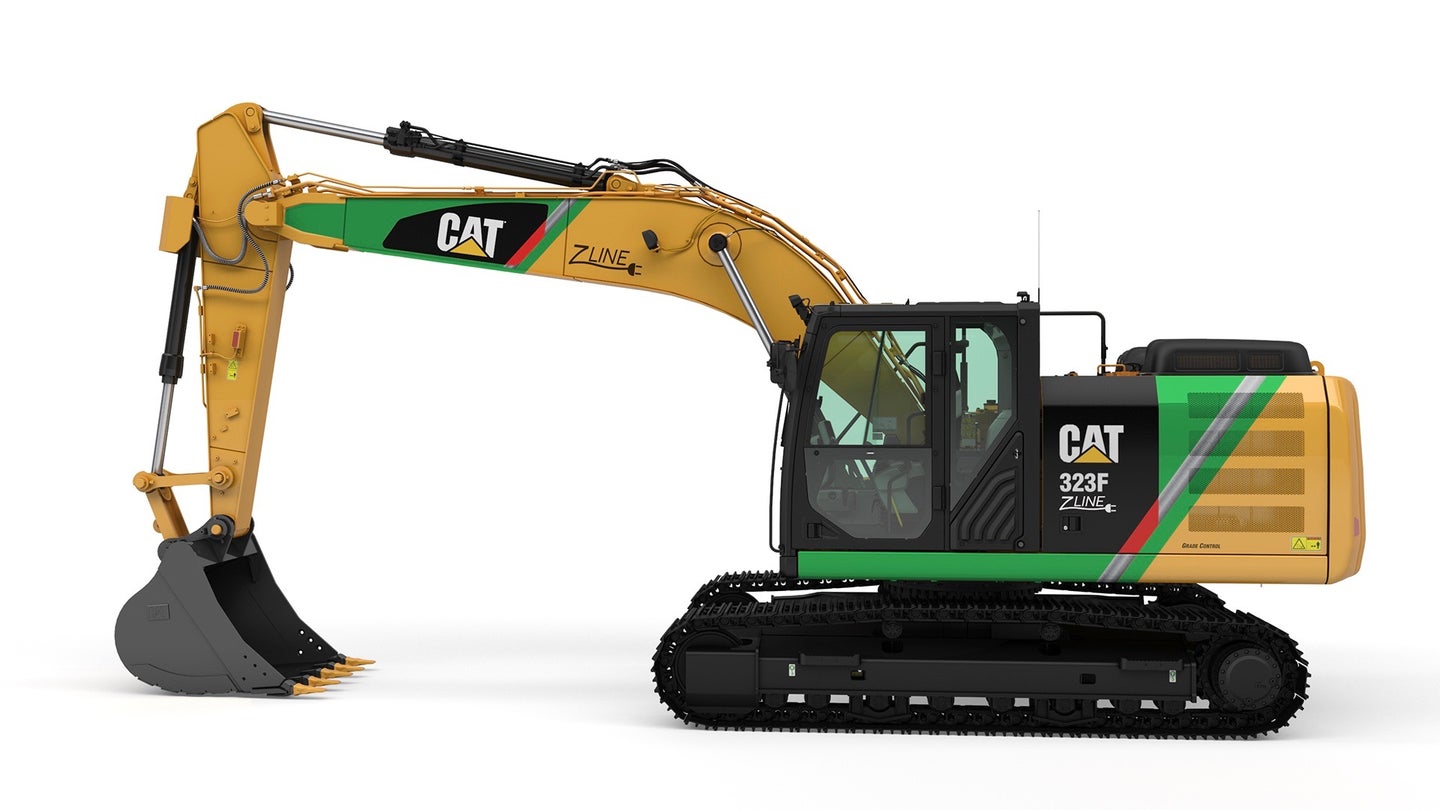 Who says electric powertrains are just for cars? Netherlands-based Pon Equipment converted a Caterpillar excavator to battery power. The company hopes this one-off project will serve as a template for future zero-emission construction equipment.

The electric excavator, dubbed Z-Line (for zero-emission), is based on a Caterpillar 323F. Pon replaced the diesel engine with a massive 300-kilowatt-hour battery pack. The pack weighs 3.4 tons, compared to the one-ton weight of the original engine (the entire machine weighs about 26 tons). At least the battery pack provides enough juice for five to seven hours of operation, while a full charge takes one to two hours, according to Pon.

Pon built the electric excavator in Norway, with input from Caterpillar, over the course of 11 months. The excavator was delivered to Norwegian construction firm Veidekke, which plans to buy eight of the machines, according to Tek.no. Pon plans to develop a conversion kit, allowing it to rebuild more diesel Caterpillar machines.

It makes sense to launch an electric excavator in Norway, as the country is already in love with electric cars. Battery-powered vehicles accounted for one-third of Norwegian new car sales in 2018, and the Nissan Leaf was the country's bestselling car that year. Norway aggressively promotes electric cars with incentives and perks like free parking. Lawmakers even want to end sales of new internal combustion cars completely by 2025.

In 2017, Komatsu unveiled a massive electric dump truck called the e-Dumper, which featured a gigantic 600-kWh battery pack. Caterpillar has also invested in Fisker, which is developing solid-state batteries designed to outperform the lithium-ion batteries used in all current electric vehicles. But it may be a while before construction equipment goes electric on a large scale.