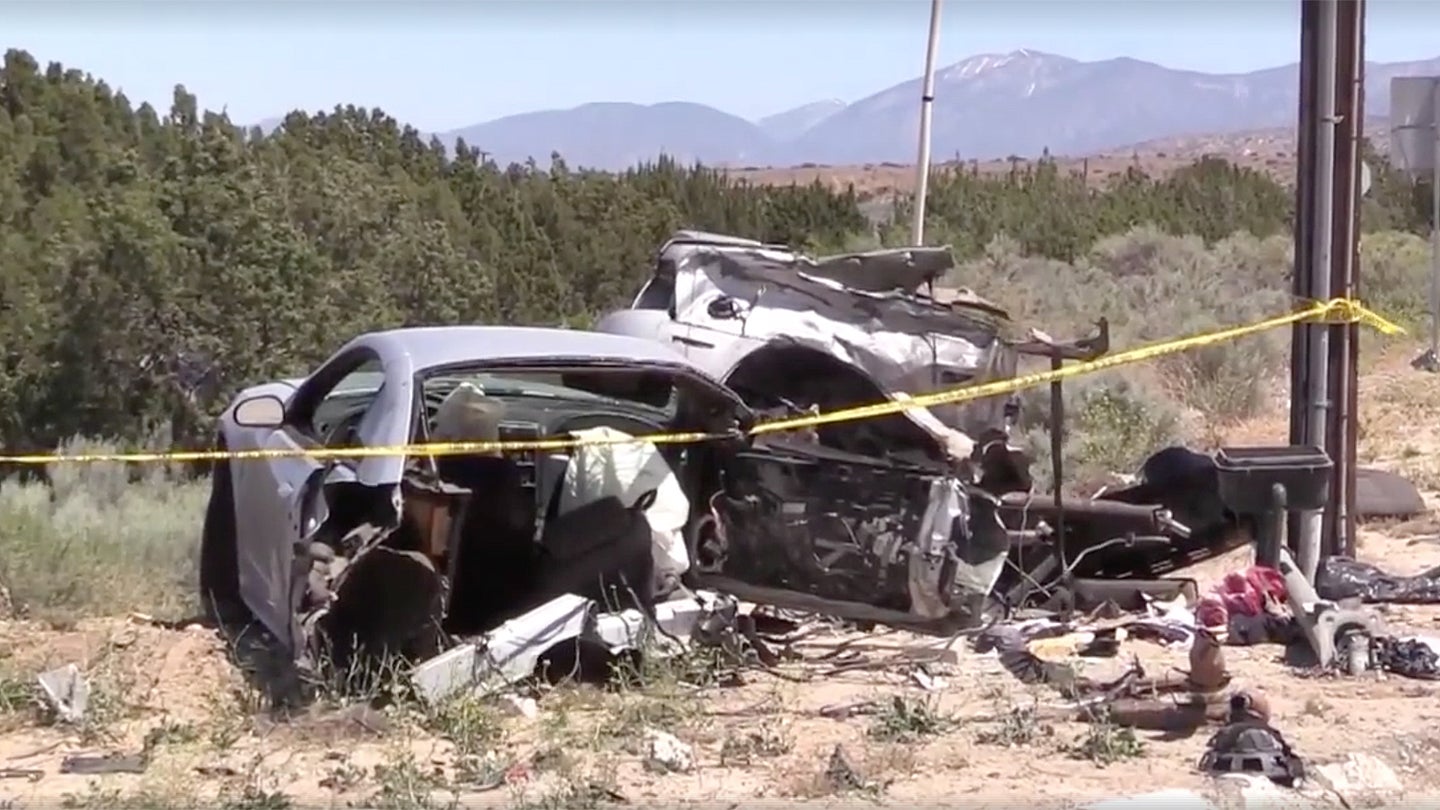 It's been quite the week for cars being split apart in accidents, and it's only just Tuesday. One day after we at The Drive reported on a story about a Chevrolet Impala being cracked apart like a walnut in a head-on collision comes this new account—a story of a Ford Mustang that was split in half after another car slammed into it during what appears to have been a street race...with another Ford Mustang.

As reported by Fox 11 Los Angeles this weekend and brought to broader attention by Jalopnik last night, the two Mustangs were racing down 25th Street in Palmdale, California, according to witnesses, when they apparently lost control when a traffic light ahead turned red. The bisected 'Stang was carved up after a Mercedes-Benz coming at a perpendicular angle T-boned into it, sending it into the traffic light pole that split it in two.

The other Mustang didn't escape unharmed, either. According to witness reports, the second 'Stang fishtailed out of control and flew through the red light ass-first, though it's unclear whether it crashed as well.

The passenger of the divided Ford Mustang was reportedly in critical condition as of Sunday, according to Fox 11, but was expected to make a full recovery.

Remarkably, this isn't the first time this year that Palmdale has been in the news in regards to an alleged street racing accident involving a muscle car. Back in February, a father and his daughter were killed in their Chevy Camaro when it was split in half—also after hitting a traffic light support pole.

As always, we at The Drive remind you not to be a complete dickweed and refrain from street racing, especially in broad daylight and on crowded roads. And that goes double for Ford Mustang drivers. You have a bad enough reputation already.