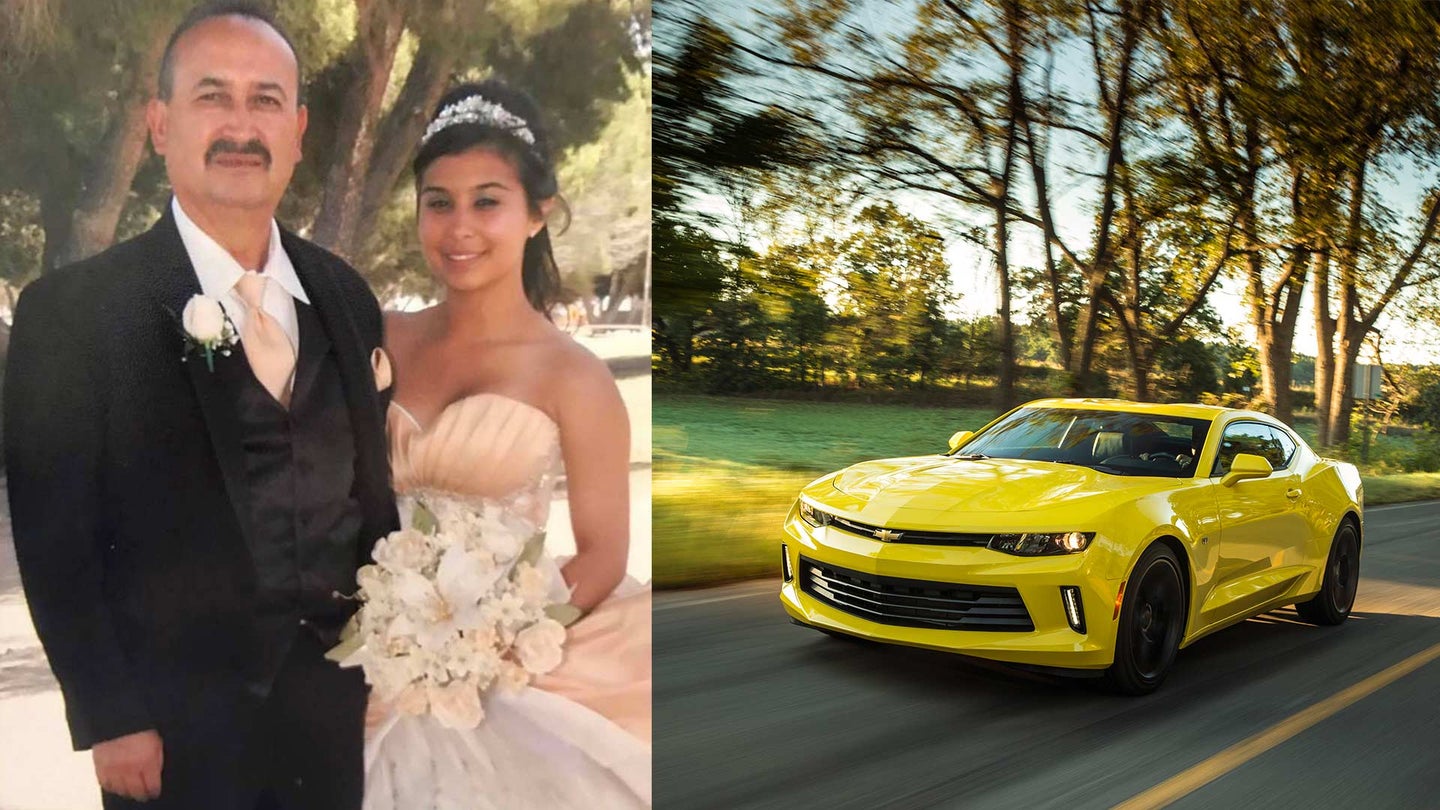 In case you needed another reminder that street racing is bad news, well, here you go. According to witnesses, a Chevy Camaro crash on Sunday in Palmdale, California that claimed the life of a man and his teenage daughter may have been a result of street racing.

Manuel Panigua, 54, and Vanessa Paniagua, 17, may have been racing another vehicle when their 2014 Chevrolet Camaro crashed into a traffic light, according to authorities, violently splitting the vehicle in two. Both parties were pronounced dead at the scene, and an accident investigation is underway.

The Camaro was barely recognizable after impact

Based on the images provided by several news outlets, it seems likely that the Camaro was going at a very high rate of speed at the time of impact, and that the vehicle may have been skidding immediately before it hit the traffic light. If you look closely, the vehicle appears to have made contact with the pole at the driver’s side door and split in two, with inertia sending the remaining parts of the car spilling further down the road.

Our thoughts are with the family—and we hope this serves as a stark reminder why you shouldn’t drive recklessly.