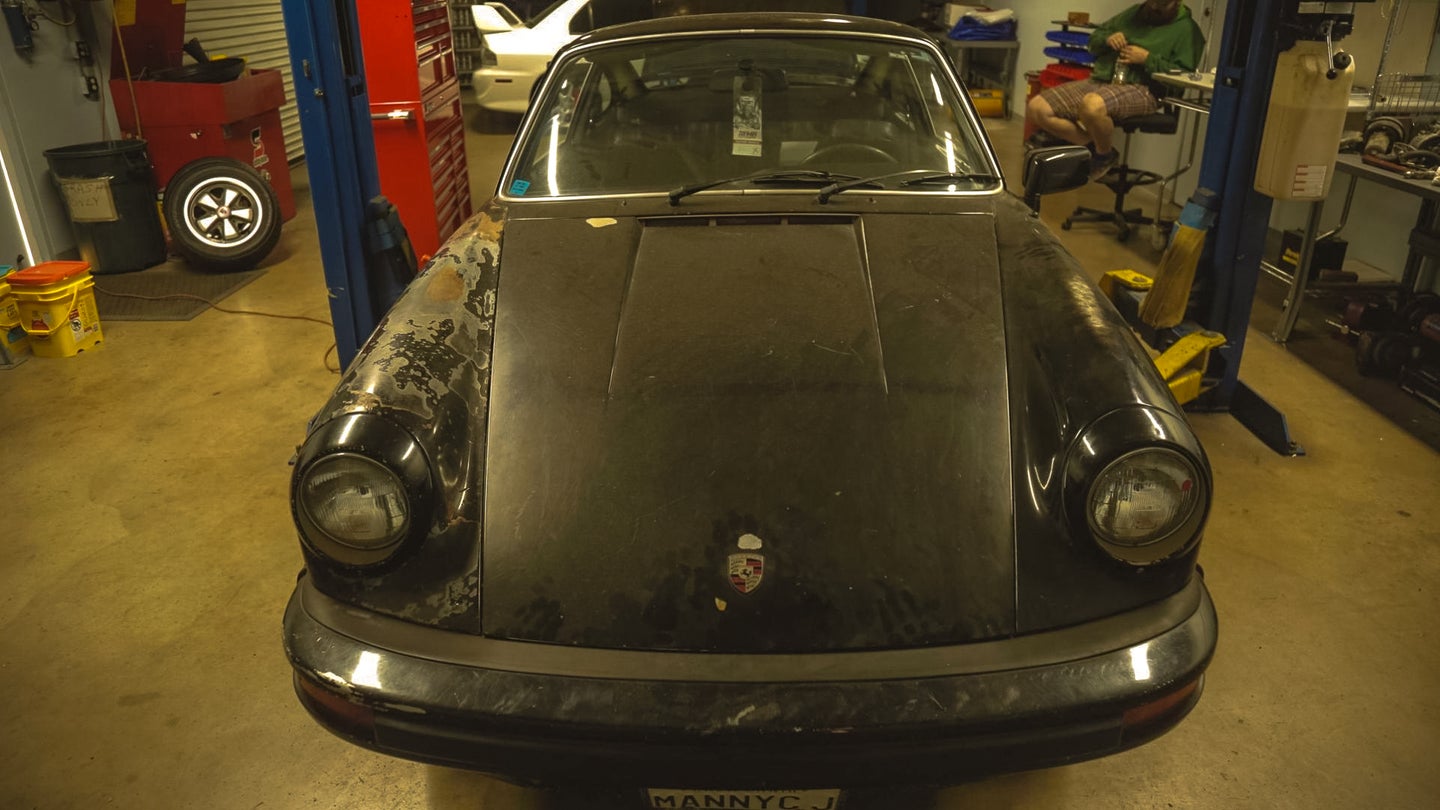 So you’ve dug into your garage, thrown away the stacks of outdated automotive magazines, found the dusty carcass of your old car, and decided it’s time to revive your baby? An excellent thought as now’s the perfect time to start a long-dead car.

Sitting cars can suffer from a variety of maladies, including stale gas, bad starter motors, seized engines, dead batteries, and corroded hoses, among a plethora of other things that can be affected by time and the environment. However, there are a handful of common issues that are often the culprit in a car not starting after it’s sat.

And though it can seem like a challenging endeavor—and indeed, it can be given certain circumstances, with a little gumption, and a dose of internet help from your favorite team at The Drive, you can get your baby back out onto the road in no time.

Ready to start diagnosing? We promise you don’t need an 8-year medical degree.

How To Start a Car That’s Been Sitting Basics

Estimated Time Needed: A couple of minutes to a lifetime of repair and replacement.

Although jump-starting your car is pretty straightforward, it’s important to remember fiddling around with your car’s electrical and fuel systems can be dangerous. Electricity causes shocks, and batteries can emit harmful vapors. And any time you’re working around gasoline, you should take extra precaution. Here’s what you’ll need to ensure you stay safe.

You’ll need a flat surface such as a garage floor, driveway, or street parking. If you’re in a garage, open the door to let in as much fresh air as possible. If you're using the street, check your local laws to make sure you’re not violating any codes because we ain’t getting your car out of the impound yard.

We’re not psychic, and we aren’t snooping through your toolbox or garage, so here’s exactly what you’ll need to get the job done.

For Changing Your Starter Motor

Here’s How To Start A Car That’s Been Sitting

Because there are so many possible reasons your car won’t start after sitting for a year, The Drive’s informational team went through the trouble of determining five of the most common reasons why there’s no joy when you crank the starter.

They range from super simple fixes to, “Oh god, what have I gotten into?” Don’t worry, we’ll start off easy and work our way to those headache-inducers.

How To Jump-Start a Car

The easiest first step to starting a car that’s been sitting for a year is trying to jump-start it. After a long time sitting, a battery will lose its charge and you’ll be left with no juice to power the car. Start here when you’re attempting your resurrection.

Read More Here: How To Jump-Start a Car

An old battery is the second-easiest possibility of why your car won’t start after it’s been sitting for a year. Here’s how to replace it.

Read More Here:  How To Change a Car Battery.

How To Test Your Oil Pressure

During your car’s hibernation, the oil system could’ve leaked out some of that vital fluid and caused a drop in pressure, which could lead to a seized engine. Here’s how to test your oil pressure.

Read More Here: How To Test Your Oil Pressure

How To Check If Your Gasoline Is Bad

Just like milk, gasoline can go bad if you’ve left it for too long. Modern ethanol-based gasoline has a shelf-life of about six months, though stabilizers could extend its life. But excising the bad gasoline from your car’s tank takes a little more than just funneling it down the drain, so let’s see if it’s bad first. Here’s how to check if your gasoline is bad.

How To Change Your Starter Motor

We’ve all heard the dreaded “click, click, click, click” that occurs when you turn the key and nothing happens. Something is wrong with the car’s electrical system, and after replacing the battery, or attempting to jump-start the car, you’ve determined it’s likely your starter motor.

It’s important to note that manufacturers often have different starter motor locations. There are no one-size-fits-all solutions here, so you’ll have to do a little investigative homework to determine the location and what you need to do to replace it. Here’s a brief and general explanation of how to replace your starter motor.

Get Help With Starting Your Car From a Mechanic On JustAnswer

Pro Tips to To Start Your Car That’s Been Sitting

For this job, we asked our friend Tom Stahler at ClassicCars.com to give us their top tips on what to do when your car has been sitting for a year. You’re gonna want to pay attention.

Honestly, it depends. Most of the fixes above are low-cost, as they’re fairly easy DIY jobs and don’t require tools that are super specialized. But when you’ve let a car sit for that long, hoses, fluids, and gaskets can all go bad and lead to an ever-expanding bill. For the above fixes, you’re looking at around $20 to $150. Others could cost several thousands of dollars.

Life Hacks To Start Your Car That’s Been Sitting

Since you may not have access to the right tools, or have a friend you can bum a wrench off of, we also compiled a list of our best hacks to make your life easier and drain your pocket less.