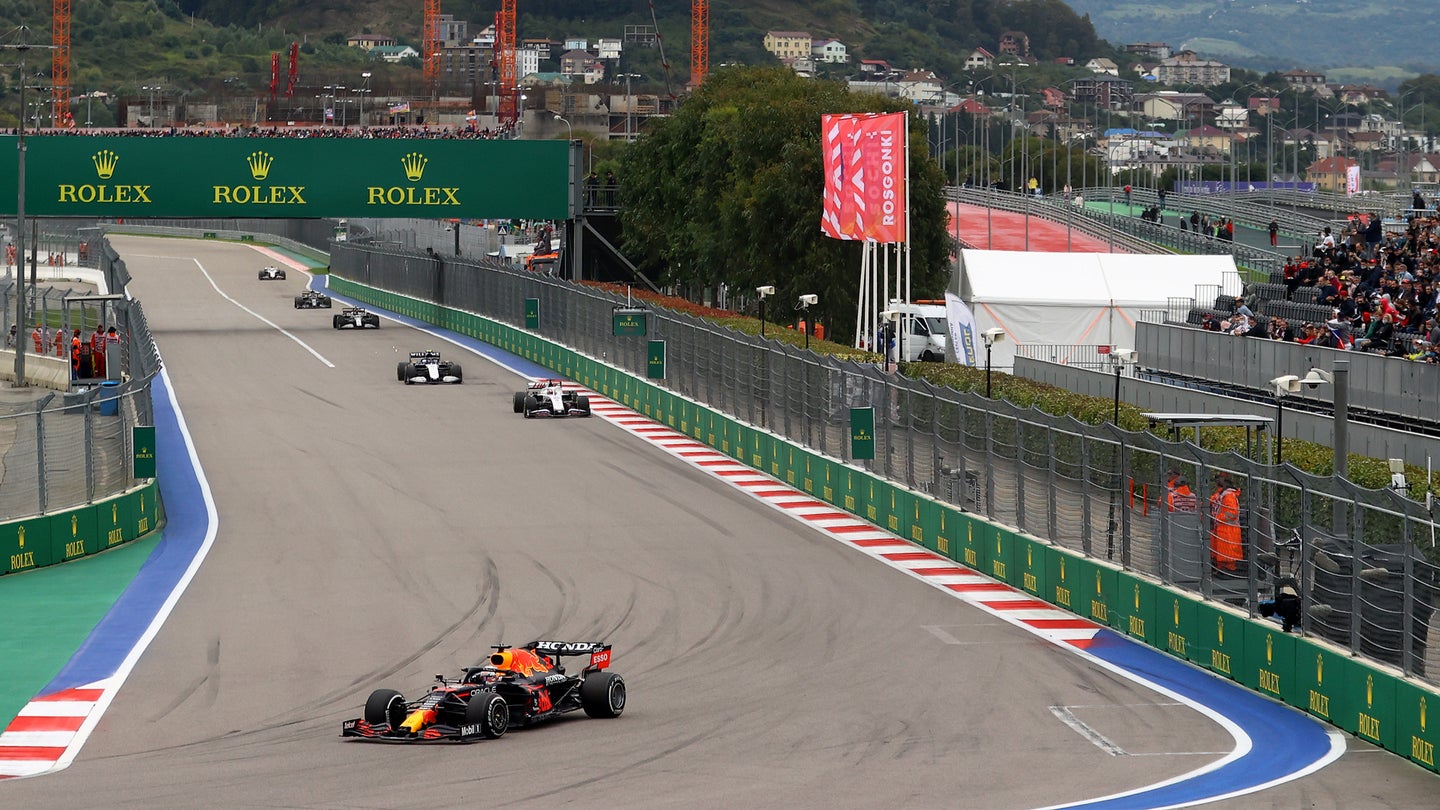 Following Russia's large-scale invasion of Ukraine, Formula 1 has canceled September's 2022 Russian Grand Prix. In a statement issued today, F1 said that it was "impossible" to hold the event, under the circumstances.

At the same time, Haas F1 has stripped Uralkali logos from its branding and the team has admitted Russian driver Nikita Mazepin's future there is uncertain.

Teams met at 8 p.m. local time in Barcelona last night to speak with F1 about the Russian Grand Prix, after Aston Martin's Sebastian Vettel had said he would refuse to race there if the event went ahead.

Today's statement reads: "The FIA Formula 1 World Championship visits countries all over the world with a positive vision to unite people, bringing nations together. We are watching the developments in Ukraine with sadness and shock and hope for a swift and peaceful resolution to the present situation.

"On Thursday evening Formula 1, the FIA, and the teams discussed the position of our sport, and the conclusion is, including the view of all relevant stakeholders, that it is impossible to hold the Russian Grand Prix in the current circumstances."

McLaren subsequently put out a tweet saying "McLaren Racing is in full support of F1 and the FIA’s decision to remove the 2022 Russian Grand Prix from the 2022 race calendar," indicating a stronger cancellation than F1's statement.

Russian Grand Prix promoter Ano Rosgonski issued its own statement describing the race as “suspended” and adding that “The purchased tickets are not canceled – there is no need to get refunds for them now because it is still possible that the round will take place and will be held as previously scheduled.” At the same time, outlets including The Guardian indicate Turkey has been floated as a possible replacement for the Russian race.

Last night, Haas team members were seen stripping Uralkali branding from the team's motorhome and the team has run an all-white car during the final morning of testing today, with Mazepin driving as planned.

Dmitry Mazepin, the father of Nikita, was one of a number of oligarchs at the Kremlin yesterday, meeting with Russian President Vladimir Putin. Uralkali and Uralchem's ties to the Russian state are expected to lead to sanctions that might prevent international sponsorship, however, in a press conference today Haas team boss Günther Steiner confirmed that had not been a factor yet, saying "Up to now the official sanctions from any of the governments have no influence on our business."

Steiner said that Uralkali branding had been removed following direct contact with team owner Gene Haas and that the future of the sponsorship would be concluded next week. “We have to sort out all the legal stuff, which I cannot speak, about next week,” he explained.

Mazepin's place at the team is understood to be contingent on Uralkali's backing, which Steiner said “needs to be resolved" in regards to the driver's future with Haas.

F1 first went to Sochi Autodrom, home of the revived Russian Grand Prix (which had previously run twice in the 1930s, before the formation of F1) in 2014. In the early months of that year, Crimea had been annexed by Russia, a move regarded internationally as illegal aggression. Later that year and into 2015, shelling across the Donets'k and Luhans'k regions saw NATO publics condemn Russia for the actions, although no 'formal' invasion was ever confirmed.

Sochi sits on the site of the Circassian genocide and is just a handful of miles north from what was once the border to Georgia, now annexed and marginalized region Abkhazia, stuck in the holding loop of a 30-year frozen conflict that displaced hundreds of thousands of people.

So although welcome to see that F1 has found a conscience in this instance, it is a major reversal on historic conscience about the race there.