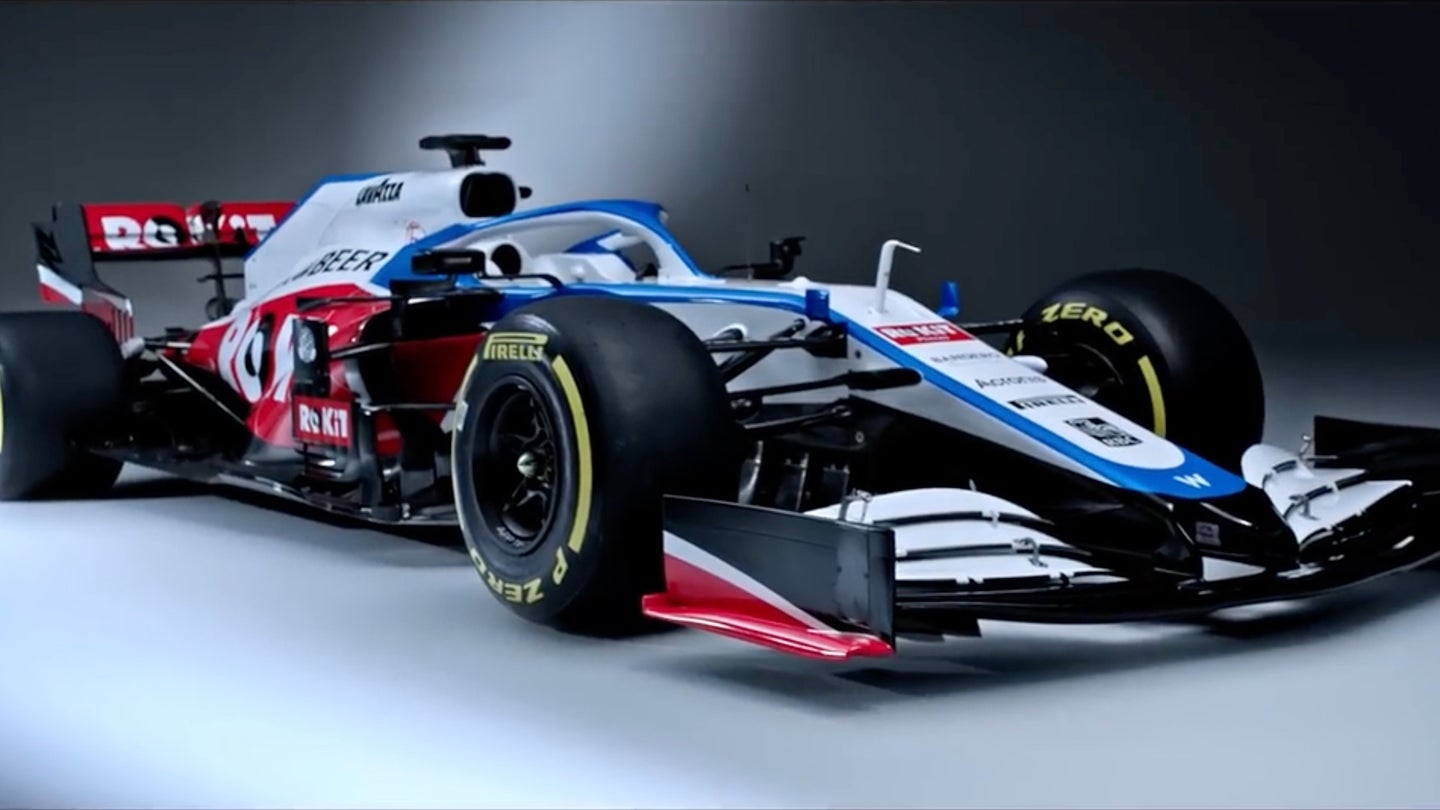 Williams Racing was already in a financial pickle before COVID-19 delayed the start of the 2020 Formula 1 season. Now, a lack of racing means no sponsorship money, so the team has had to resort to extreme measures to guarantee its future. Just last month, Williams reportedly pawned its historic F1 car fleet for some emergency funds, and on Friday, the Williams Grand Prix Holdings (WGHP) board confirmed that it could still use some more cash—which it may raise by selling off the team.

The WGPH board confirmed in a statement that the 16 million euro (roughly $17.8 million) profit it enjoyed in 2018 evaporated in 2019, resulting instead in a 13 million euro ($14.5 million) loss in 2019. It also announced the split with its title sponsors Rokit and Rok Drinks, forcing the team will explore any and all financial solutions to bridge the financial gap their departure left.

"As part of this new strategic direction, the WGPH board is undertaking a review of all the various strategic options available to the Company," the team said in a statement published on F1's official website.

"Options being considered include, but are not limited to, raising new capital for the business, a divestment of a minority stake in WGPH, or a divestment of a majority stake in WGPH including a potential sale of the whole Company. Whilst no decisions have been made regarding the optimal outcome yet, to facilitate discussions with interested parties, the Company announces the commencement of a 'formal sale process.'"

"It's obviously very early days and all options are available to us," elaborated deputy team principal Claire Williams, in an interview with Race Fans. "Whether that be purely a capital investment or a divestment of a minority or majority stake or a full sale of the company, all options at this very early stage in the process are open to us and we aren't ruling anything out."

Deputy team boss Claire Williams emphasized that her team still has the money to go racing when F1 belatedly begins its 2020 season (potentially in July), though not with the car seen during testing in Barcelona, as the divorce from its title sponsors means a livery redesign is in the cards. Perhaps it's time for the classic blue-on-white Williams to ride again—it might be for the last time if the team falls into new hands.