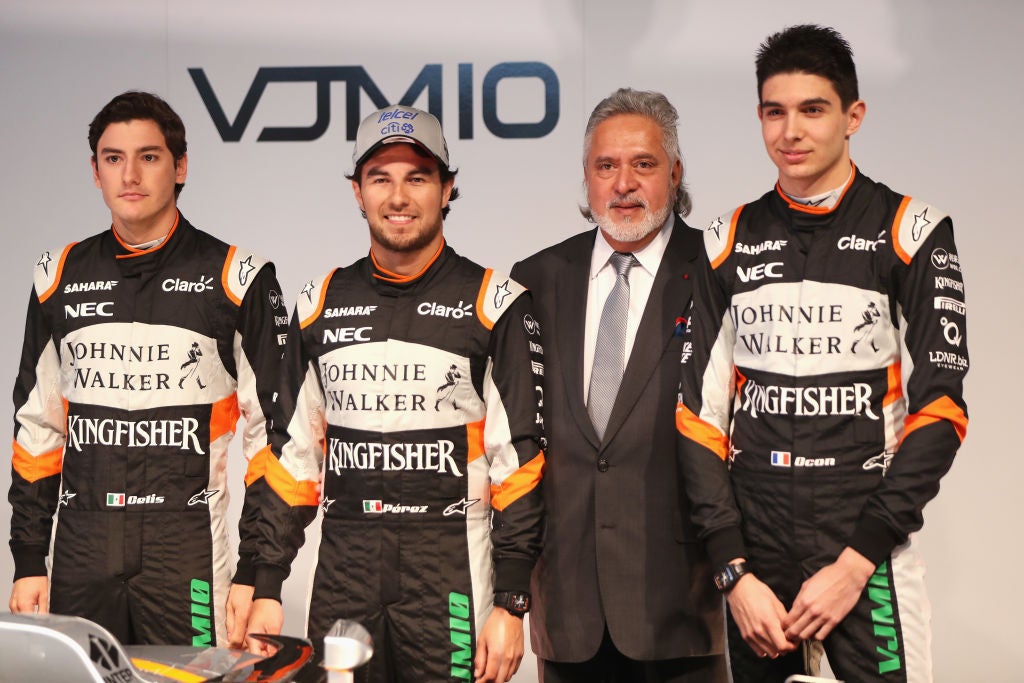 The government of India has been seeking to bring Vijay Mallya to trial on fraud charges for some time now. In April of 2016, a court in Mumbai issued an arrest warrant and the Indian government cancelled his passport. Prior to his passport being revoked, Mallya fled India for England, with those in his inner circle having no idea where he'd gone at first. Mallya turned up just outside of London and has resided there ever since. Today, as a formality of the extradition process, Mallya was arrested ahead of a hearing.

He was able to post bail and will remain free, though still stuck in England, until he is extradited or permitted to remain.

India is after him for allegations that he owes more than $1 billion in loans and other funds. Mallya proclaims he is completely innocent of all wrongdoing.

How the owner of a Formula Team and an airline, who is also a beer and liquor mogul and has a hand several other industries such as construction and chemicals, got to this point is a convoluted tale. He calls himself "The King of Good Times" and has been compared to Richard Branson.

Mallya became chairman of United Breweries Group in 1983. The company's main product, Kingfisher Beer, accounts for about 50 percent of the beer market in India. He grew and expanded the business, now called UB Group, to include chemical production, an engineering and industrial manufacturing company, the Force India Formula One team, and Kingfisher Airlines.

The airline is ultimately what lead to Mallya's legal troubles. Kingfisher Airlines started flying in 2005. It was a subsidiary of Mallya's UB Group, as was everything else that Mallya controlled. Though it began with good intentions and high hopes, Kingfisher Airlines never turned a profit. In 2010, the airline restructured its debt, partly through at stock offering to creditors. UB Group pledged its shares in the airline to creditors as well.

In February 2012, it all came to a head. Employees hadn't been paid in months. Bank loans and taxes had gone unpaid as well. Flights were being cancelled. Before the month was up, Kingfisher Airlines was no longer flying. When the damage was tallied, the airliner owed $1.35 billion in back pay, loans, fees, and taxes. A majority of the debt was owed to the government-owned State Bank of India.

Needing to raise funds to cover the losses of Kingfisher Airline, Mallya sold a majority stake in United Spirits Limited, the liquor arm of UB Group, to Diageo. The world's largest liquor company, Diageo owns such brands as Smirnoff, Guinness, Bulleit and many more. Diageo paid about $2 billion for 55 percent of United Spirits. The money was contractually obligated to go towards the debts of Kingfisher Airlines. Per the deal, Mallya would retain his place on the board of United Spirits.

That's where things start looking bad for Mallya. In 2014, Mallya loaned $225 million from United Spirits to Mallya's UB Group. Diageo's board of directors was none too happy with this, and started looking into United Spirits's finances. It was discovered that most of the initial $2 billion had not gone to pay off the Kingfisher Airline debt. Instead, it had been deposited in an offshore account, where it would go untouched by Indian authorities. That money was reportedly used to prop up other business interests of Mallya, and possibly Mallya himself.

Diageo forced Mallya off the board of United Spirits in February 2016, after an almost-year-long battle. Mallya walked away with a payout of $75 million.

When all of this came to light, the 17 banks owed money by Kingfisher Airlines started legal proceedings in March 2016 to prevent Mallya from leaving India. He had already fled the country for the U.K., saying that he wanted to be closer to his children. In April 2016, India invalidated his passport, effectively leaving him stranded at his massive, sprawling country home about an hour north of London.

Mallya was once a fixture at Formula One races. He purchased the Spyker F1 team in 2007, rebranding it in his own image—and Force India was born. The beleaguered Kingfisher Airlines was a major sponsor of the team for several years, as were several liquor holdings, such as Smirnoff, that were controlled by United Spirits or Diageo. The cars designations by season are VJM01, VJM02, and so forth; the "VJM" standing for Vijay Mallya. India's national colors covered the cars.

Mallya made Force India the little team that could. It became a favorite underdog with occasional good results, such as at Spa in 2009, where the team put the car on pole and came in second in the race. Mallya was often seen prowling around the paddock, coming off as a jovial, boisterous team owner. He held court with the team on the pit wall, overseeing the races.

But no longer. As all of the troubles for Kingfisher Airline boiled over, conglomerate Sahara India Pariwar bought a 42.5 percent stake in the team, which has officially been called Sahara Force India since the 2012 season. Since his luxurious sequestration, he hasn't been able to travel with the team; his only appearance in 2016 being the British Grand Prix, for which his passport was not needed.

For the 2017 season, the car has lost all traces of its Indian colors. Kingfisher Beer is still stickered on the side, but most of Mallya's ego seems to have been left behind.

2016 was Force India's best season to date, finishing fourth in the Constructor's Championship. So far, it is doing well in 2017. Fourth might be a big ask, but the team will be fighting for it.

How all of this plays out for the team has yet to be determined. Mallya could eventually be forced to sell his share of the team by the Indian courts or the other shareholders.

The extradition will take some time to wind its way through the British court system. After the hearing today, Mallya posted/retweeted several links to articles on the process. At the same time, tweeting that today's arrest and hearing were no big deal. But there is a very good chance Mallya will be extradited. Mallya isn't facing the death penalty, nor does it seem he would be a likely candidate for political asylum.