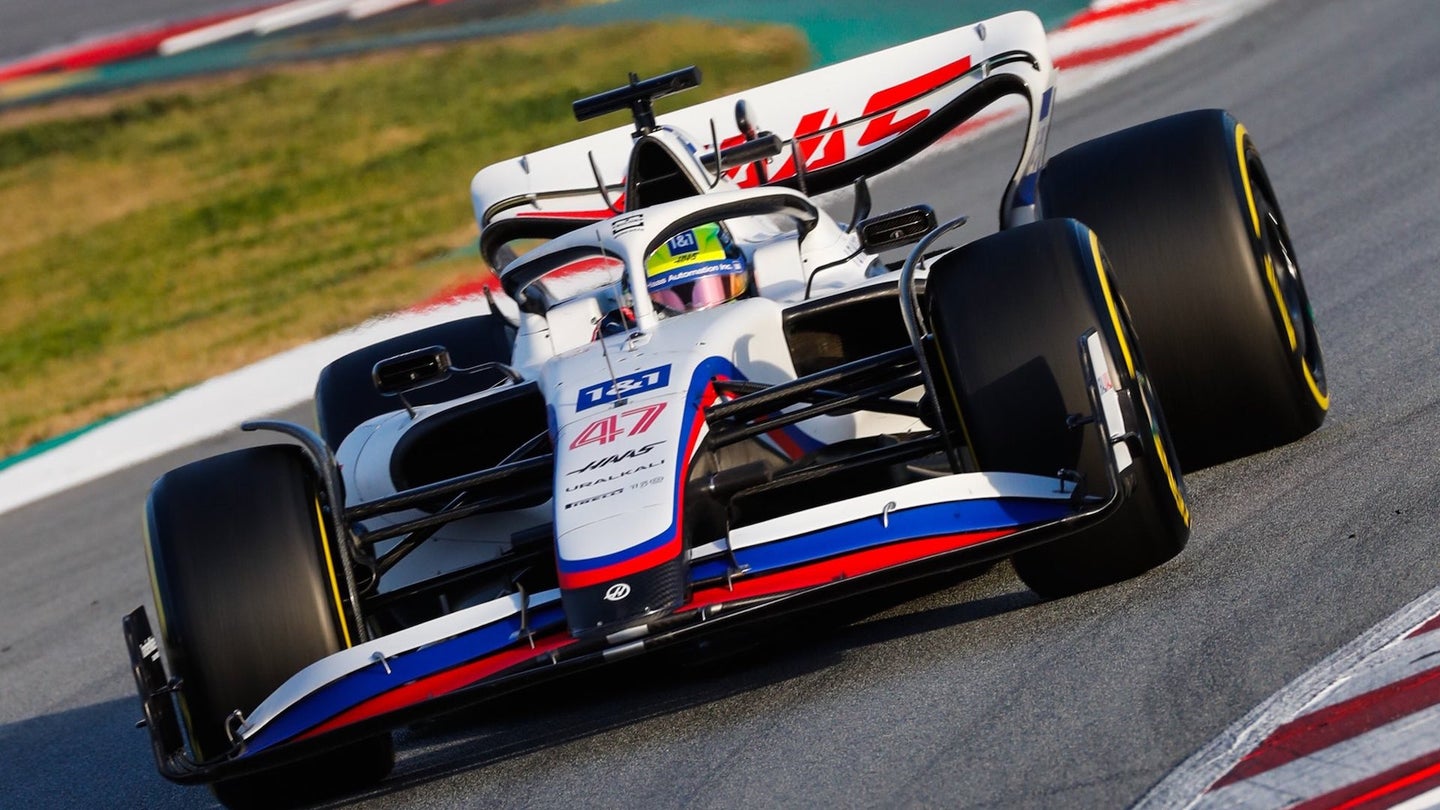 Russia's invasion of Ukraine has forced the international community to reexamine its relationship with the aggressor, and as a globetrotting sport, Formula 1 has hard questions to answer. Multiple F1 drivers have spoken out against or preemptively boycotted September's Russian Grand Prix, while teams themselves will convene for an emergency meeting on the matter per Race Fans. Haas F1 Team, which is sponsored by Vladimir Putin-linked Russian chemical giant Uralkali, is taking action too by diminishing its public affiliation with the company.

Haas announced Thursday that for the final day of pre-season testing, it will strip its all references to its title sponsor Uralkali, a subsidiary of Uralchem. Uralchem is chaired by Dmitry Mazepin, the father of Haas F1 driver Nikita, and an oligarch associate of Putin's who was reportedly summoned to the Kremlin today. The team will run the last day of testing with a plain white car, and has ceased referring to itself with Uralkali in its name, as well as removed Uralkali branding from its trucks. Nikita Mazepin and team principal Gunther Steiner also reportedly declined to appear for media this morning.

"Haas F1 Team will present its VF-22 in a plain white livery, minus Uralkali branding, for the third and final day of track running at Circuit de Barcelona-Catalunya on Friday 25 February," reads a team statement shared by freelance F1 journalist Claire Cottingham. "Nikita Mazepin will drive as planned in the morning session with Mick Schumacher taking over in the afternoon. No further comment will be made at this time regarding team partner agreements."

F1 isn't at all a sport unfamiliar with unethical partnerships, and races in countries that routinely kill their own citizens, or even the occasional journalist. Actively associating with a warring aggressor, though, may be a bridge too far, even for F1.