Wheeler Dealers host Ant Anstead's latest project is a tribute to the Alfa Romeo 158 that won the 1950 Silverstone Grand Prix. 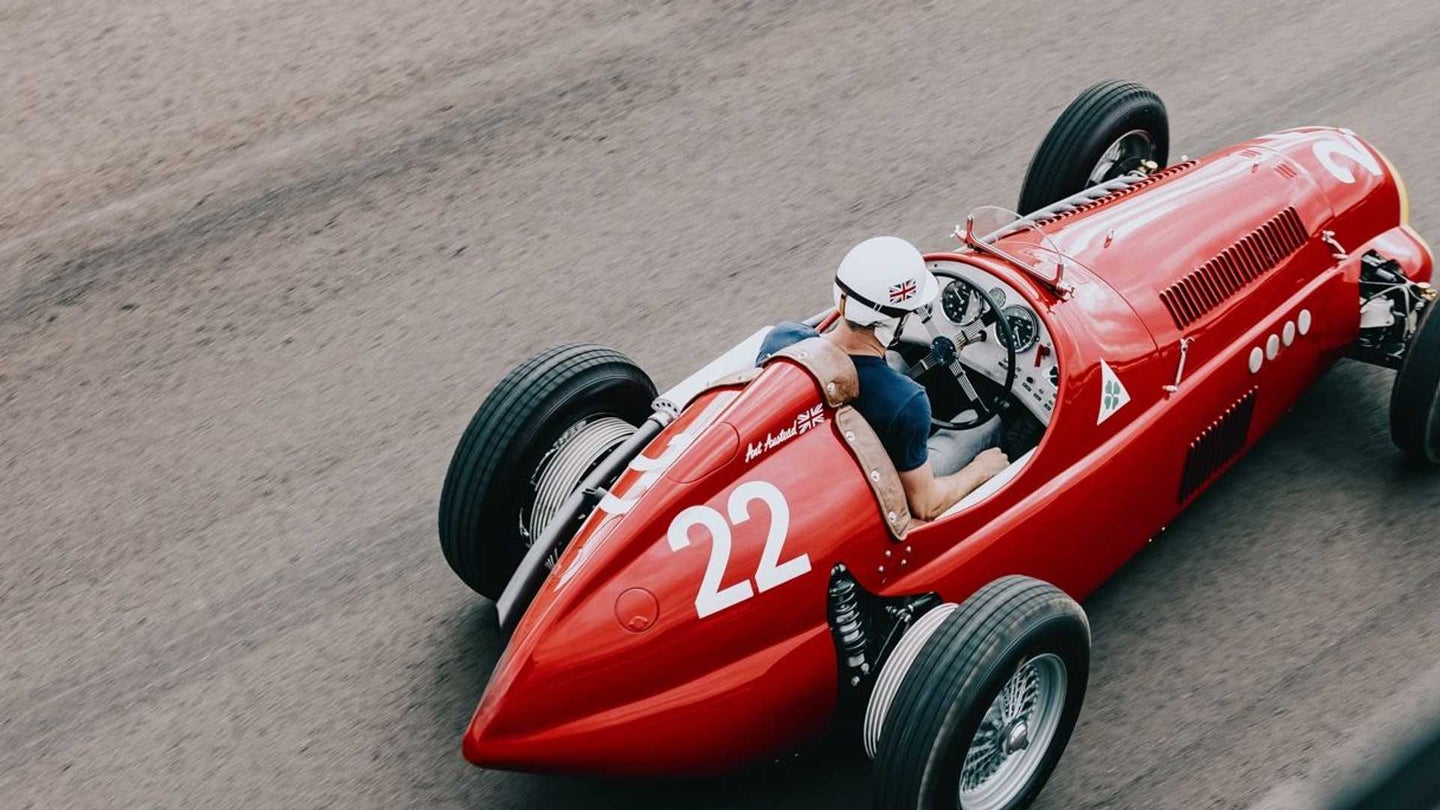 If you've ever wanted a classic grand prix race car but can't bear the cost or maintenance, the new Tipo 184 kit may be exactly what you're looking for. You won't have to worry about unobtanium engine components as it's based off of one of the most common track rats of the present day: the early Mazda MX-5 Miata.

The Tipo 184 is Wheeler Dealers host Ant Anstead's latest project, and the design is a homage to the Alfa Romeo 158. The 158 started racing in 1938, but it enjoyed a long competition history and went on to win the first Formula One World Championship grand prix at Silverstone in 1950.

The kits will come in red accordingly, per Flyin' Miata, and because we value keeping our heads nowadays, it will also feature a MSA-approved roll bar.

Now you can spend the hopeless time you've spent gawking at race car auctions you'll never win wrenching instead, and end up with a car that takes far less effort to keep running. Anstead's site for the car doesn't have a ton of details, but it does bill the Tipo 184 as a complete, ready-to-build kit. The only thing you'll need to provide yourself is a single Mazda Miata donor car.

Naturally, this is much less expensive than buying a real Alfa Romeo 158. The Tipo 184 crew currently has a 10-kit limited run of starter packs for sale for just $10,192 U.S. at today's exchange rate (£7,499). The package includes everything you'll need to build the kit but the Miata itself as well as the chance to build it in Tipo 184's workshop with guidance from Anstead.

Per F1 Geeks, Tipo 184 plans on offering a basic kit with all of the necessary components to build it yourself as well as a fully assembled car for those who don't want to do any fabrication.

Sure, you'll lose your passenger seat in this build, but you'll gain infinite cool points. You can check out more photos of the Tipo 184 on its website here.

This isn't the first time Anstead has built a 158 replica. He previously used parts from an MG donor car to build a 158 for his Master Mechanic series, which was featured on F1 Geeks.