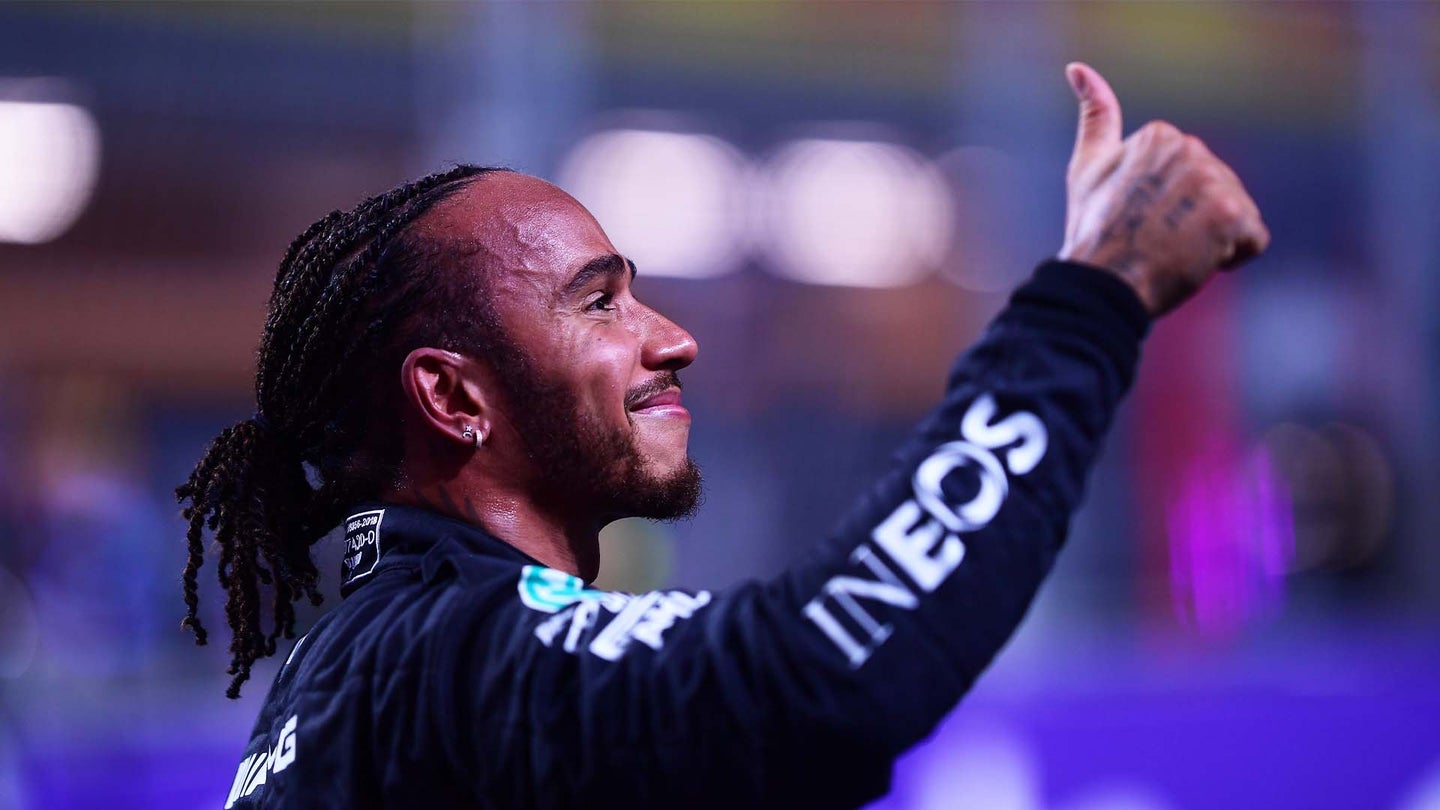 For reasons that don't need further explanation, Lewis Hamilton was more unhappy than anyone with how the 2021 Formula 1 season ended. The seven-time champion disappeared from the public sphere for months, igniting speculation that he could leave racing for good—he was alleged by BBC to have lost faith in F1. Those rumors were proven insubstantial, though, first by Hamilton's return to social media earlier this month, then by confirmation from Mercedes-AMG F1 this Monday that the king will return to F1.

Hamilton's 16th season of F1 will be contested in the yet-to-be-revealed Mercedes-AMG W13, which like all 2022 F1 cars will utilize ground effect downforce to improve racing. Like previous aero overhauls in 2009, 2014, and 2017, the 2022 cars will require adjustments to driving styles that have previously tripped some drivers up. While Hamilton was reported by Motorsport not to be among the first F1 drivers to test out the '22s in a simulator, his track record of winning a race in every season since his debut—even in uncompetitive cars—shows he shouldn't struggle to find his feet.

And the W13, dropping this Friday, isn't expected to be among the 2022 grid's slower cars. Despite projections that this year's cars could be up to 3.5 seconds per lap slower according to The Race, Mercedes' technical director Mike Elliott told Racing News 365 that he expects this year's Mercedes to be about as quick as 2021's. The fact that Mercedes fired up the W13 for the first time in late December rather than the new year speaks to how confident the team is in its car, and how strong Hamilton's odds are for a title this year.

Still, it's no guaranteed walkaway, as Hamilton will face a possibly intense challenge from his new teammate George Russell, who in his one Mercedes cameo at the 2020 Sakhir Grand Prix put on a performance that could've been mistaken for one of Hamilton's. Even if 44 doesn't win this year's World Drivers' Championship, he will surely be happier to see it go to a teammate in fair circumstances than a rival under dubious ones.

The surfaced audio clip reveals how the final moments of the Abu Dhabi Grand Prix played out.

Following the Abu Dhabi Grand Prix, there have been plenty of calls for change—and it might happen.