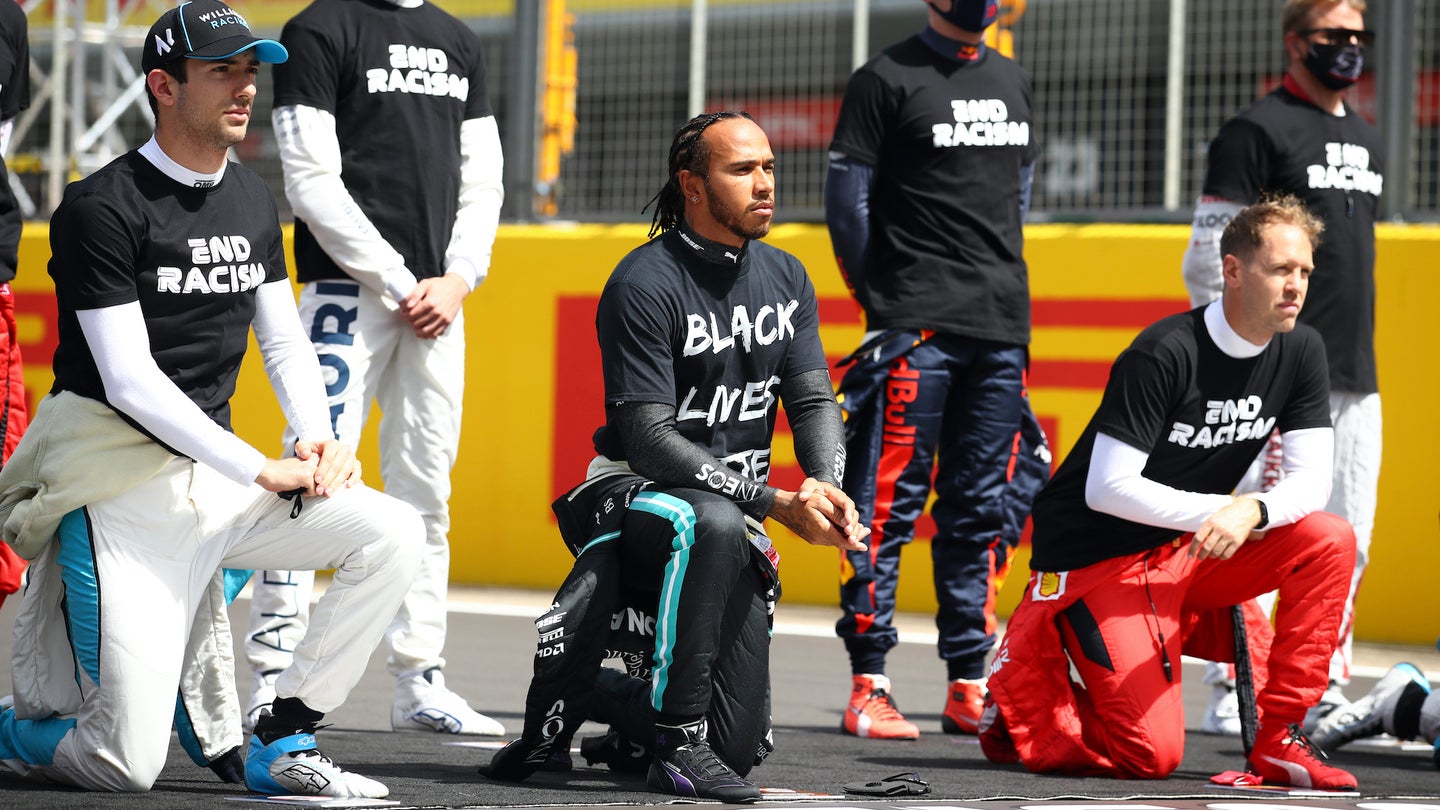 Since its first assembly in 1999, TIME's annual list of the 100 most influential people has rarely included racing drivers. Given how much of the demographic insular one-percenters comprise, that should come as no surprise. And yet, making TIME's list this year is six-time Formula 1 champion Lewis Hamilton, earning his second appearance on the prestigious register since 2016 both by casting a spotlight on the ugly issue of racism and acting as a role model for millions around the globe.

"I'm the only Black driver in NASCAR's top level. So Lewis' example—as the lone Black F1 driver—is particularly meaningful for me. He shows we're out there doing it. To see him conquering the track damn near every weekend, it motivates me to try to do the same," Wallace wrote.

"His activism has also moved the world. Lewis has brought international attention to the Black Lives Matter movement, through his advocacy on social media and at F1 events."

Lewis' mental preparation, his aura, his ability to capitalize on every opportunity to use his platform to drive out racism are more than just a model for race-car drivers and other athletes. He's an inspiration for everyone," he added.

In addition to rocking the almost racially homogenous F1 boat, Hamilton also deserves recognition for escalating his environmental responsibility. Already a vegan (in part to reduce his personal carbon output), Hamilton claimed earlier this month to have fully offset his F1 career's climate impact all the way back to 2007.

Additionally, he has parked his collection of exotic cars and now prefers transport via electric vehicles—not the most consequential of lifestyle changes, given EVs' only marginally smaller carbon impacts, but a sacrifice nonetheless for a man who lives for speed.

Comments on this story have been disabled due to repeat violations of our standards.