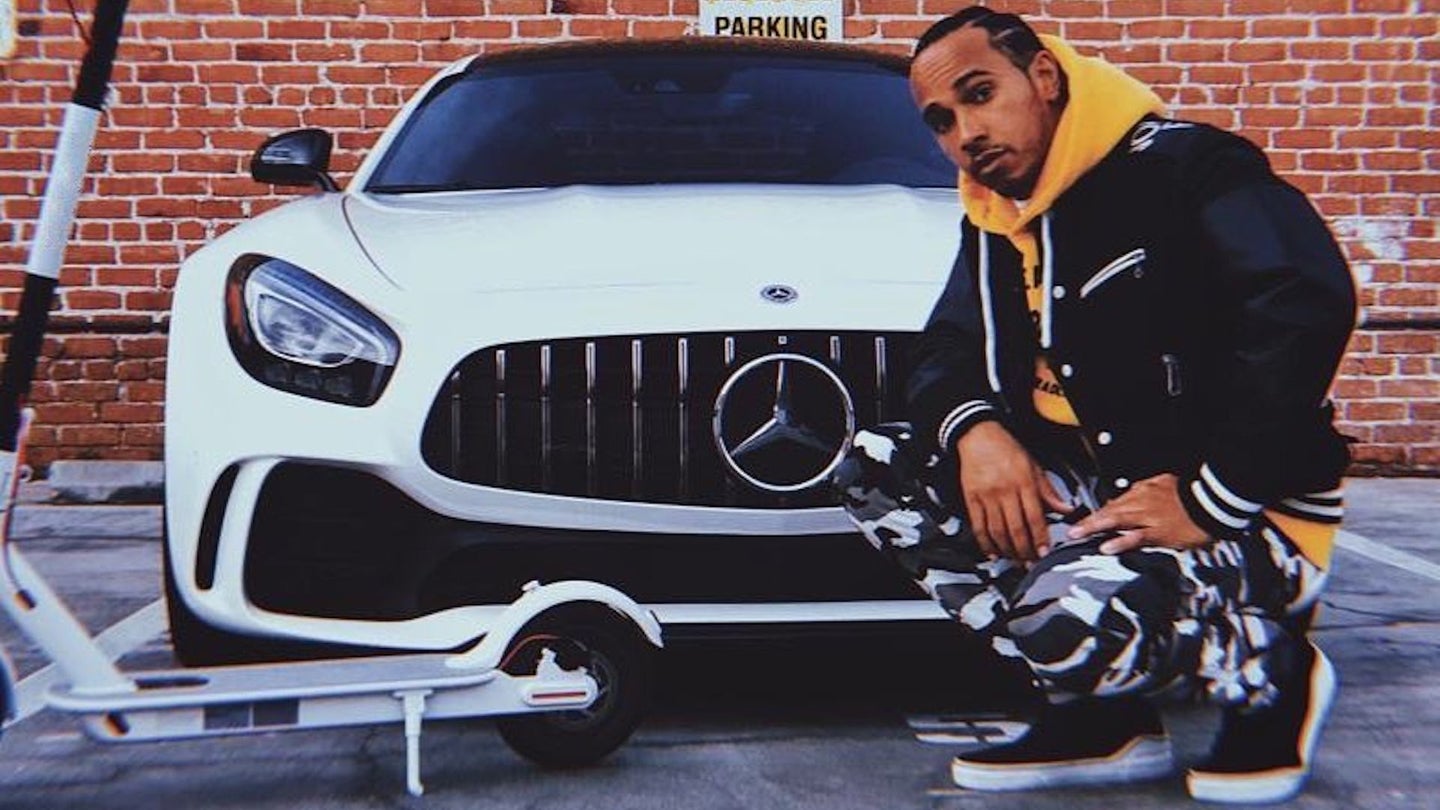 Few professions produce as many greenhouse gases as that of a Formula 1 driver. The job involves jetting across the planet dozens of times yearly to race some of the world's fastest cars, often in regions with track records of human rights abuses and coffers filled by the nature-exploiting petroleum trade. It's tough to square this carbon-intense lifestyle with environmental responsibility, but newly climate-anxious Lewis Hamilton is giving it a shot, in part by leaving his collection of performance cars in the garage.

"I don't drive any of the cars that I own any more," Hamilton told Reuters, in reference to a collection believed to include a 1966 Shelby Cobra 427, a Mercedes-AMG G63, and a special-edition Pagani Zonda among other vehicles. "I only drive my [electric Mercedes-Benz] EQC."

Leaving these vehicles stationary is just the latest of Hamilton's actions to reconcile more than a decade of a jet-setting racing career with newfound feelings of social responsibility. To that end, Hamilton has sold his private jet, become a vegan, and requested that his team Mercedes-AMG transport him in electric vehicles whenever possible. A week prior to the interview above, Hamilton declared on social media that other undisclosed actions had negated the environmental impact of his F1 career dating back to his 2007 debut.

Hamilton will also promote less environmentally impactful forms of motorsport with his new race team X44, which will compete in electric off-road series Extreme E. By racing in environments impacted by climate change such as the Amazon rainforest and arctic Greenland, Extreme E hopes to cast the spotlight on the effects of our crumbling climate.

F1 too will take measures to secure itself a place in a climate-crunch future, pledging last November to "ensure all events are sustainable" by 2025, and become net carbon-neutral by 2030.