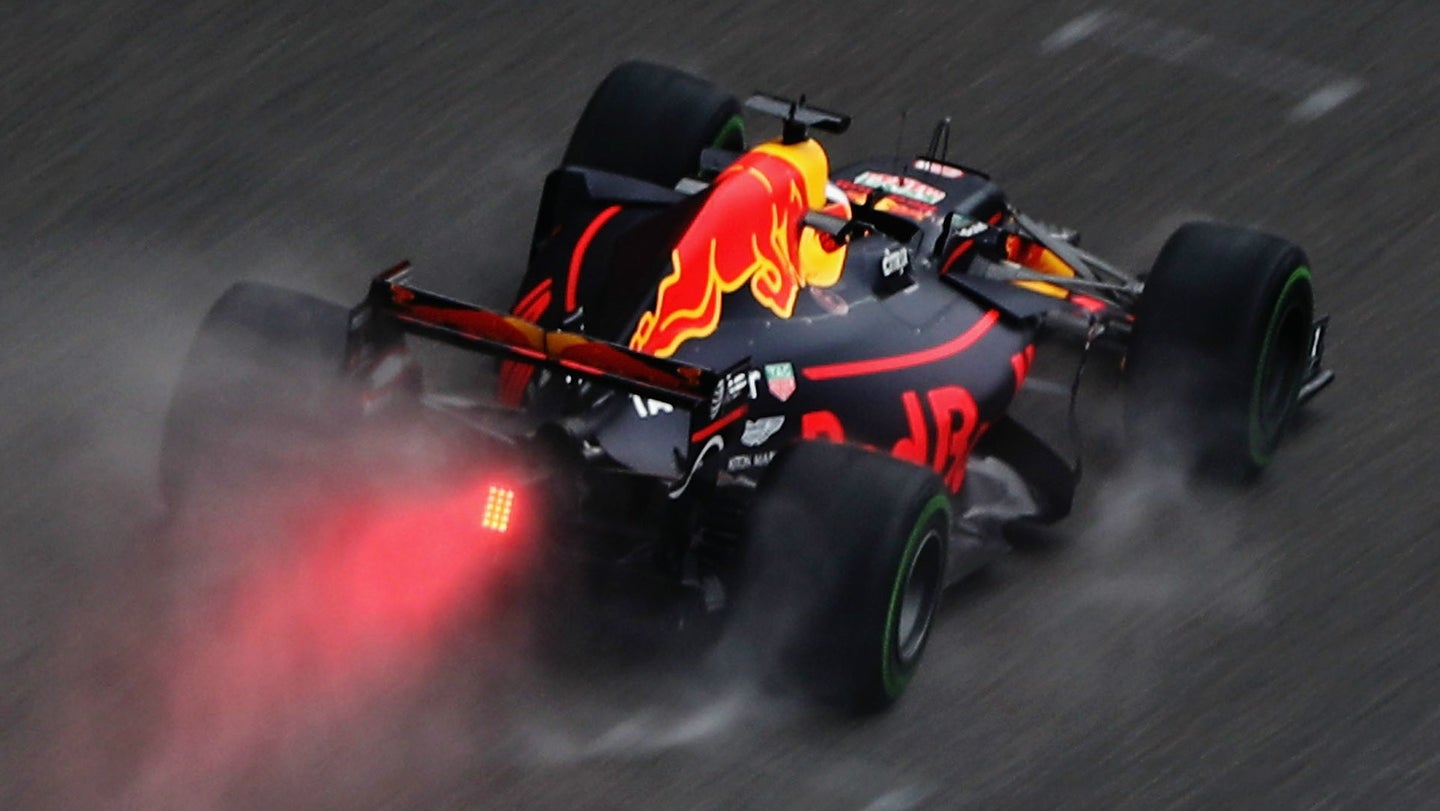 This season's Formula One cars are a league beyond their comparatively-sluggish, low-downforce 2016 predecessors. Romain Grosjean of the Haas F1 Team, for example, says that this year's cars are cornering with loads approaching eight g's. The tremendous forces endured by both driver and car extend beyond the race, however. MotoGP riders are reporting that tracks visited by Formula One have been damaged by the racing series' unparalleled levels of downforce.

Cal Crutchlow of MotoGP's Team LCR Honda spoke out in a recent interview with Autosport about how he feels Formula One is impacting the racing surfaces of the tracks shared by the two racing series.

"The problem is that wherever we share a track with F1, the tracks are bumpy within a year [...] with the downforce of these Formula 1 cars...Spielberg was a joke," said Crutchlow to Autosport. "You can't imagine, even on the straight the thing was vibrating and bouncing. It was worse than last year, and on a lot of the off-camber corners it was a lot worse, so it means the tarmac's been pushed because of the cars."

Dani Pedrosa, too, feels that the wake left by Formula One is hurting MotoGP's racing.

"We have more bumps compared to last year, it's a bumpy track, and again we will ask to re-asphalt all the circuit because it's one of the worst on the calendar," stated Pedrosa to Autosport. "Silverstone is a great track but for the future, I remember last year asking, if we continue here, to resurface because it's really bumpy."

Affected tracks include Texas's Circuit of the Americas, Spain's Circuit de Catalunya, Austria's Red Bull Ring, England's Silverstone, and Malaysia's Sepang International Circuit, which host both MotoGP and Formula One races. Malaysia will no longer host Formula One after this year, however, so MotoGP riders will have one less track to worry about.

With this year's reinvention of Formula One's aero regulations, however, we can only expect to see the damage caused by current cars to get worse as time goes on. The aero war will rage on, and both power and downforce levels are expected to only increase through 2020, before Formula One's next big regulation change regarding engines. If MotoGP fans think it's bad enough now, they should wait until 2020, when Formula One cars may be fast enough to leave a wake of upturned asphalt in their wake.