2017 Will Be Final Year For Malaysian Grand Prix

The Sepang International Circuit will host it’s finally Formula One race later this year, making room for the return of France and Germany. 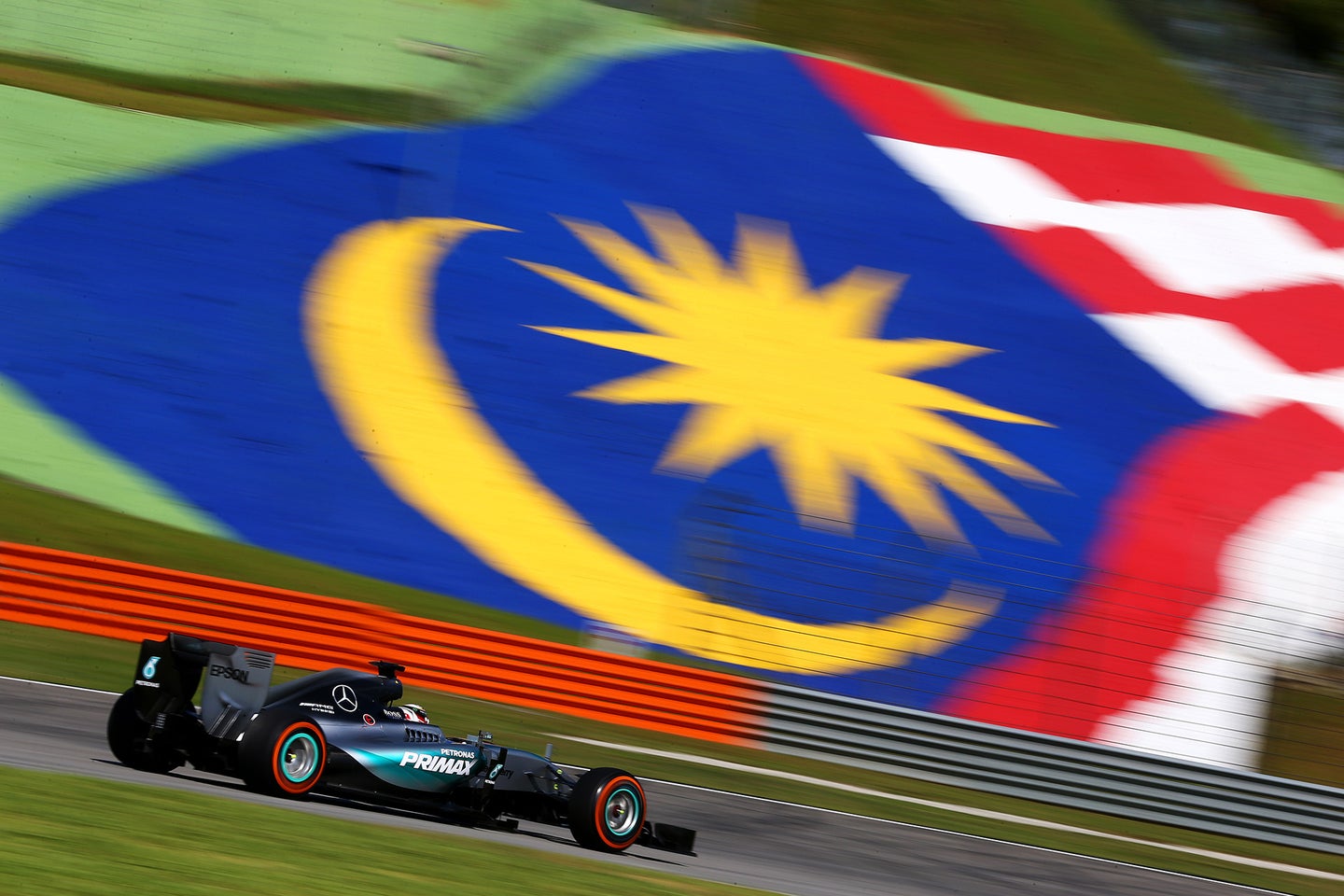 Formula One made the announcement today that this year's Malaysian Grand Prix would be the last. Taking it's place will be the return of the French and German Grand Prix. This bumps the 2018 season up to 21 races.

The German Grand Prix was pulled from the 2018 calendar late last year, but is now back on at the Hockenheimring. There has been no word yet if the race will be held every other year as originally planned, or if Germany will be back on the calendar annually.

Race organizers at the Sepang International Circuit plan on making the October Malaysian Grand Prix a fantastic farewell for the fans. Details on the celebration will be forthcoming. The Malaysian Grand Prix has been on the calendar since 1999, hosting it's share of memorable races. Most notably, the rain-soaked 2009 race.

Bernie Ecclestone insisted on having a later start time as race organizers in Malaysia advised against it. Ecclestone pushed it through anyway. The torrential afternoon rains hit at their practically scheduled time. Conditions deteriorated to the point of the race being red flagged. As daylight faded after the storms, it was impossible to restart the race. The race had only run 33 laps, not the 42 (or 75%) needed to award full points. As such, half points were awarded. This marked only the fourth time that half points were awarded for a Formula One race. Most importantly, it was at this race that Kimi Raikkonen was hanging out in the Ferrari garage, eating an ice cream while the race was red flagged. Never forget.

Today's first two practice sessions for the Chinese Grand Prix were a complete bust. Practice One was red flagged just a few minutes in. After a delay of about 45 minutes, the cars started to turn laps again. There was light rain, low grip, and a lot of sliding around. The session was then red flagged again and did not restart. Practice Two never got under way.

The reason for all this was weather-related. The rain and wet track were not the issue, but rather the low hanging clouds. The medical helicopter could not perform it's duties. Visibility was so poor that the helicopter could not land safely at the hospital. The airport, where the hospital is located, had to suspend all local air traffic. With no medical helicopter in the air, cars can not run on track per Formula One's safety regulations.

Conditions should be better for Practice Three and Qualifying on Saturday. More rain is expected on Sunday, but how it might affect the race is still an unknown.

Historic race will not take place next year, according to track boss.