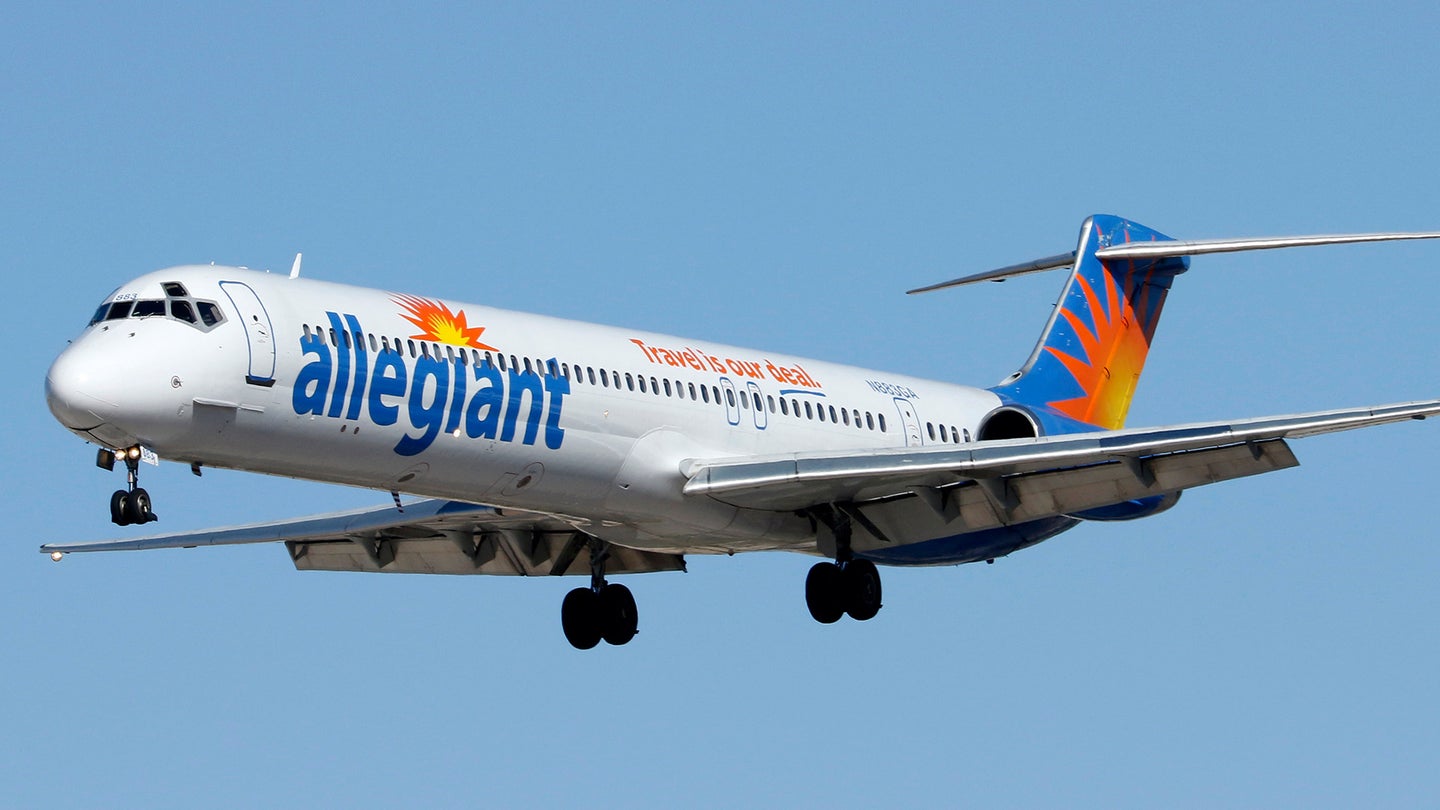 Update, 10:25pm: An Allegiant Air spokesperson confirmed to The Drive that flight 2283 flew over hurricane Florence at an altitude of 34,000 feet and not directly through it, adding that the flight's crew reported a turbulence-free flight. We've corrected the title of this story to reflect the new information.

Hurricane Florence is making news as the natural disaster hammers the east coast of the United States with torrential rains and wind. Normally for weather like this, airlines take the time to reschedule flights and make sure they fly around the harsh storm. At Allegiant Air, however, they just fly right through it.

According to Live Storm Chasers, Allegiant flight 2283 was en route to Sanford, Florida, from Bangor, Maine. The flight path was directly through the heart of Florence, but instead of flying around it, the pilot chose to save fuel and time by going straight through. You can view the entire track of the flight here on FlightAware.

Why? Who knows. The National Weather Service at the time told The Points Guy that the clouds were as tall as 40,000 to 45,000 feet, meaning that the MD-80 likely had a turbulent ride. For reference, the Hurricane Hunters usually only fly around 200 miles per hour into a storm because there is fear of the turbulence ripping the plane apart.

Thankfully, the aircraft made it to the destination—heck, it was even early. Being a budget carrier, there probably wasn't a lot of alcohol on board for customers to purchase, but most of the passengers probably needed a drink after that journey.