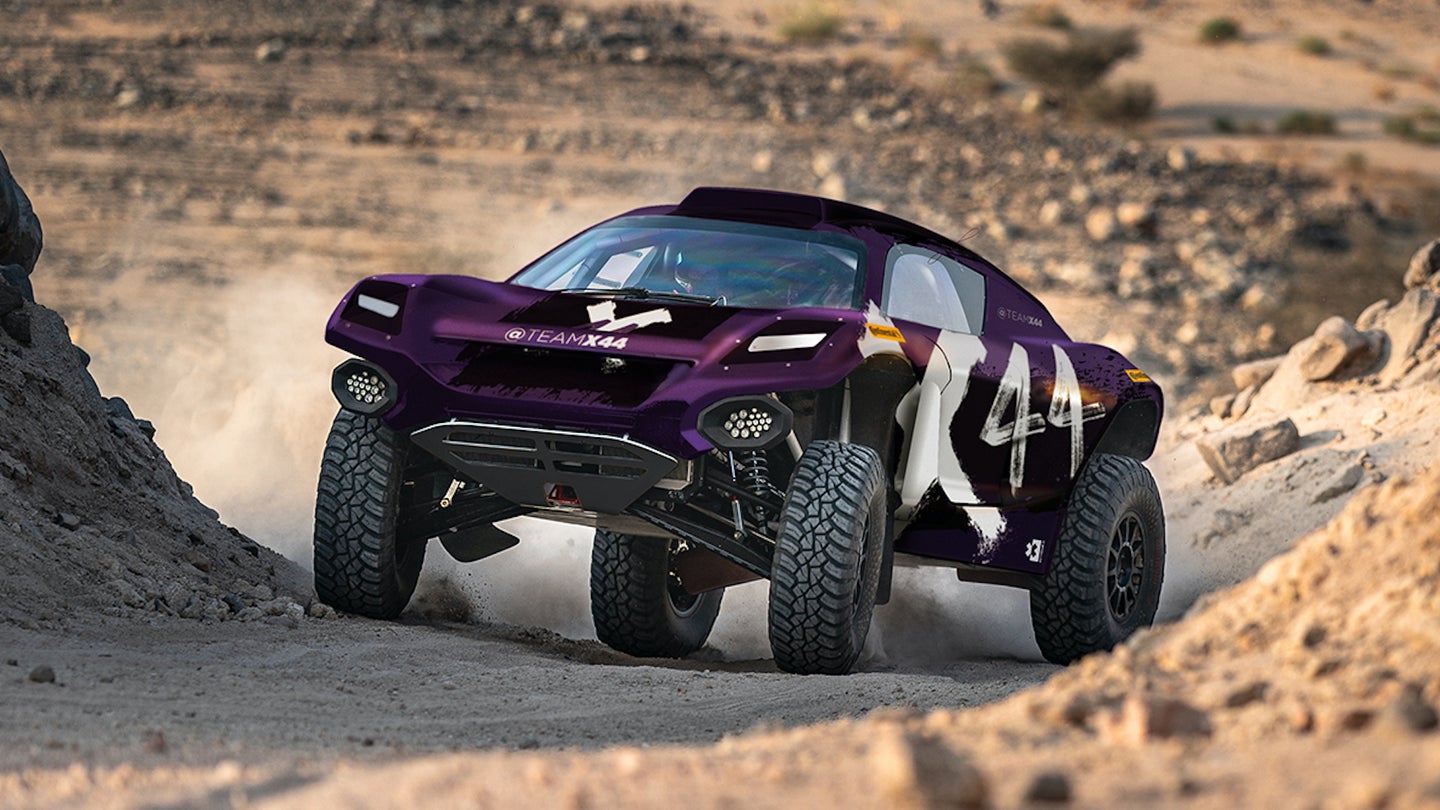 Lewis Hamilton is officially joining the club of successful Formula 1 racers turned team owners. However, unlike Bruce McLaren, Alain Prost, Jackie Stewart and other famous names that came before him; Hamilton's chosen to put his millions not in F1, but in the newly-founded Extreme E.

The electric off-road racing series announced Tuesday morning the debut of the X44 racing team, founded and financed by none other than the six-time F1 world champion. According to the official announcement, the team is expected to make its debut in early 2021 along with other squads owned by the likes of United States' Chip Ganassi Racing and Andretti Autosport, as well as others from Europe and Asia with previous Formula E experience, such as Abt and Techeetah.

Hamilton will not be involved in the day-to-day operations of X44 due to his commitments to F1 and various sponsors, but claims to look forward to playing a different role, as well as further develop his vision for sustainable forms of racing.

“Extreme E really appealed to me because of its environmental focus," Hamilton said in a press release. "Every single one of us has the power to make a difference. Not only will we visit remote locations facing the front line of the climate crisis, we will also work closely with these locations and leading climate experts to share our knowledge and leave behind a positive legacy in each location which goes far beyond the race track."

Extreme E will use a spec machine, meaning that all teams will be competing with identical equipment, which in this case is the E-SUV named Odyssey 21. The high-performance electric racer is manufactured by Spark Racing Technology, and it can go from zero to 60 mph in just 4.5 seconds courtesy of near-instant torque, off-road tires designed by Continental, and all-wheel drive.

The battery technology was produced by Williams Advanced Engineering, and although legendary F1 designer Adrian Newey was tapped by the racing series late last year, it's unclear what kind of impact he's had in the development of Odyssey 21 so far.

You can see Hoonigan-in-chief Ken Block manhandling the Odyssey 21 in the desert here.

“Lewis is one of the most successful drivers of all time, and we’re all excited to see how his X44 team performs on and off the race track under his incredible guidance," said Alejandro Agag, Formula E and Extreme E founder and CEO. "A huge welcome to the Extreme E family Lewis!”

It's unclear who Hamilton will tap for driving and engineering duties in his team, but it will certainly be interesting to follow X44's development during the coming months.

Lewis Hamilton Wants You to Stop Going to Bars

The six-time F1 champ says people still partying it up amidst the pandemic are “totally irresponsible and selfish.”