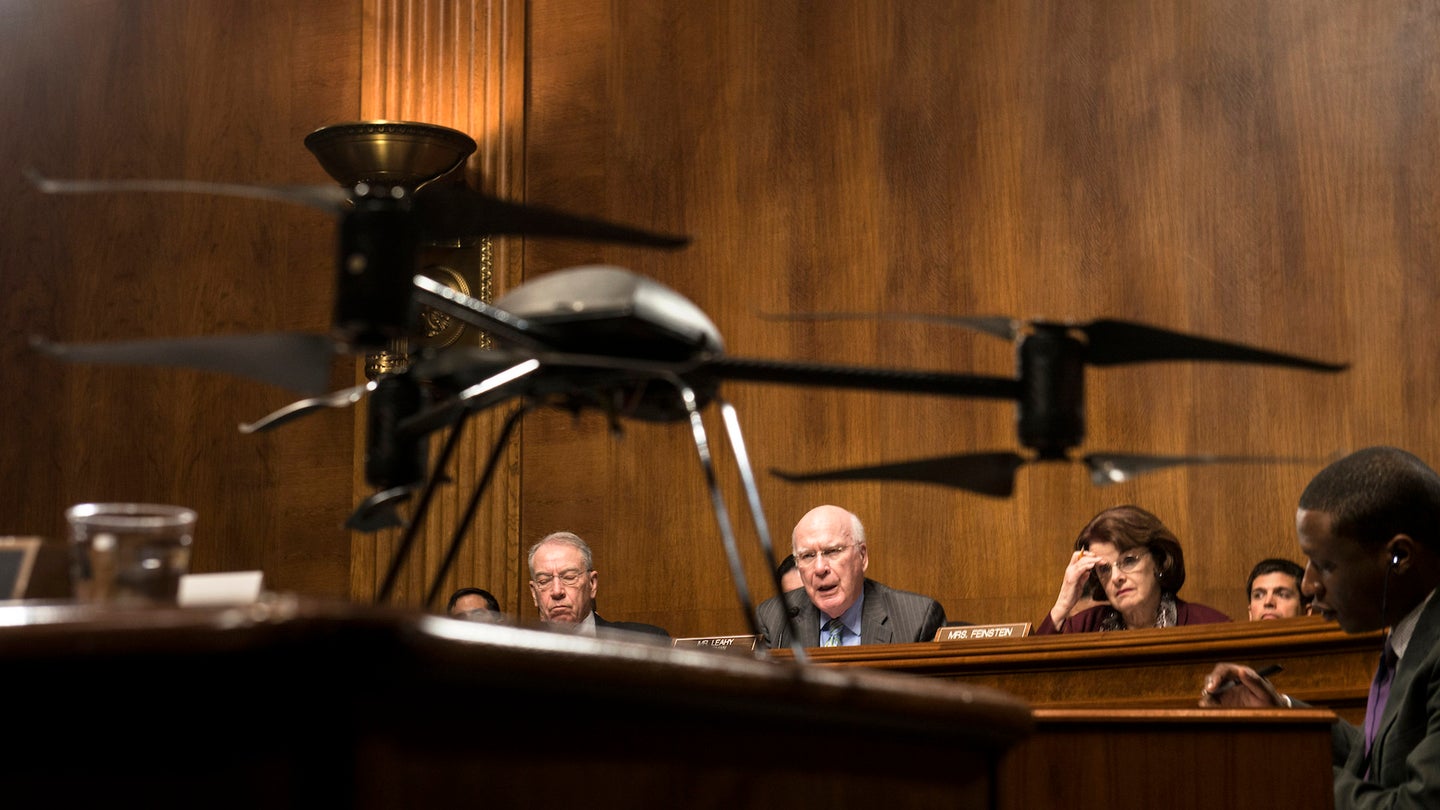 Cathy Lanier, the NFL’s senior vice president of security and former police chief in Washington, D.C. voiced her support for bipartisan Senate bill S 2836 on Thursday, according to Roll Call. Her public backing of the bill, which would allow the federal government to track, seize, and destroy drones potentially harmful at public gatherings, was motivated by the recent growth in drone incursions at public sporting events, namely, NFL games.

The legislation in question is sponsored by the committee’s chairman Sen. Ron Johnson (R-WI) and the committee’s ranking member Sen. Claire McCaskill (D-MO), and would allow the Department of Homeland Security (DHS) and the Department of Justice (DOJ) to down unidentified drones operating in restricted airspace. Testimony to Congress in June by DHS Deputy General Hayley Chang was centered on the department’s frustration with current regulations, which hamper governmental recourse against drone incursions. At the time, the DHS claimed in written testimony that the potential for terroristic drone use was not merely conceptual, but a very real, “looming threat.”

During Thursday’s comment, Lanier described “a dramatic increase in the number of threats, incidents, and incursions by drones” at NFL stadiums, and to her point, we have indeed observed and reported on a wide variety of such incidents in the past two years.

Rogue drones at public sporting events and concerts have become an increasing nuisance as the affordability and subsequent ubiquity of hobby UAVs have increased in recent years. Perhaps most memorable was the rogue drone that dropped a bunch of leaflets over Levi’s Stadium in San Francisco last year. While these were merely papers containing criticism against mainstream media and nobody was physically injured, one can see the potential for more nefarious activities using the very same mechanisms to do so. At least, Lanier believes that the potential for this is vast, and demands focused attention, and legislative action.

“We are all very fortunate that the drone over Levi’s Stadium dropped only leaflets,” she said. “Drones today are capable of inflicting much greater damage.”

Unfortunately, hobby drones aren’t just exciting, science-fiction elements found in short films about dystopian societies anymore, but have become an active tool for terrorists, smugglers and anti-government actors, in general. The Drive’s own Tyler Rogoway recently wrote an article on the very real dangers of modern drone technology falling into the wrong hands, which frankly seems inevitable in this day and age. Lanier is merely attempting to support legislation that could protect us from the worst-case scenarios.

“Experience has taught us that there simply are not enough federal resources and personnel to provide security at all events that need protection, including the 256 NFL games that occur across the country in a season,” said Lanier.

FBI Director Christopher Wray, who warned of malicious drone use in front of the very same committee last September, said terrorists “have an interest in using drones” and warned that this could eventually be attempted in the U.S. “We’ve seen that overseas already, with some growing frequency, and I think the expectation is it’s coming here imminently,” he said. “I think they are relatively easy to acquire, relatively easy to operate, and quite difficult to disrupt and monitor.”

As drones continue to proliferate and land in the hands of malicious and benevolent people alike, new problems and unclear solutions seem to be at the forefront of the UAS industry as a whole. While standardized commercial drone applications might be the most invigorating subject for some, national security is most certainly a primary focus.

An unwelcome drone briefly interrupted an FA Cup match in Wales on Saturday night. With one person detained, the police remind the public of the law.