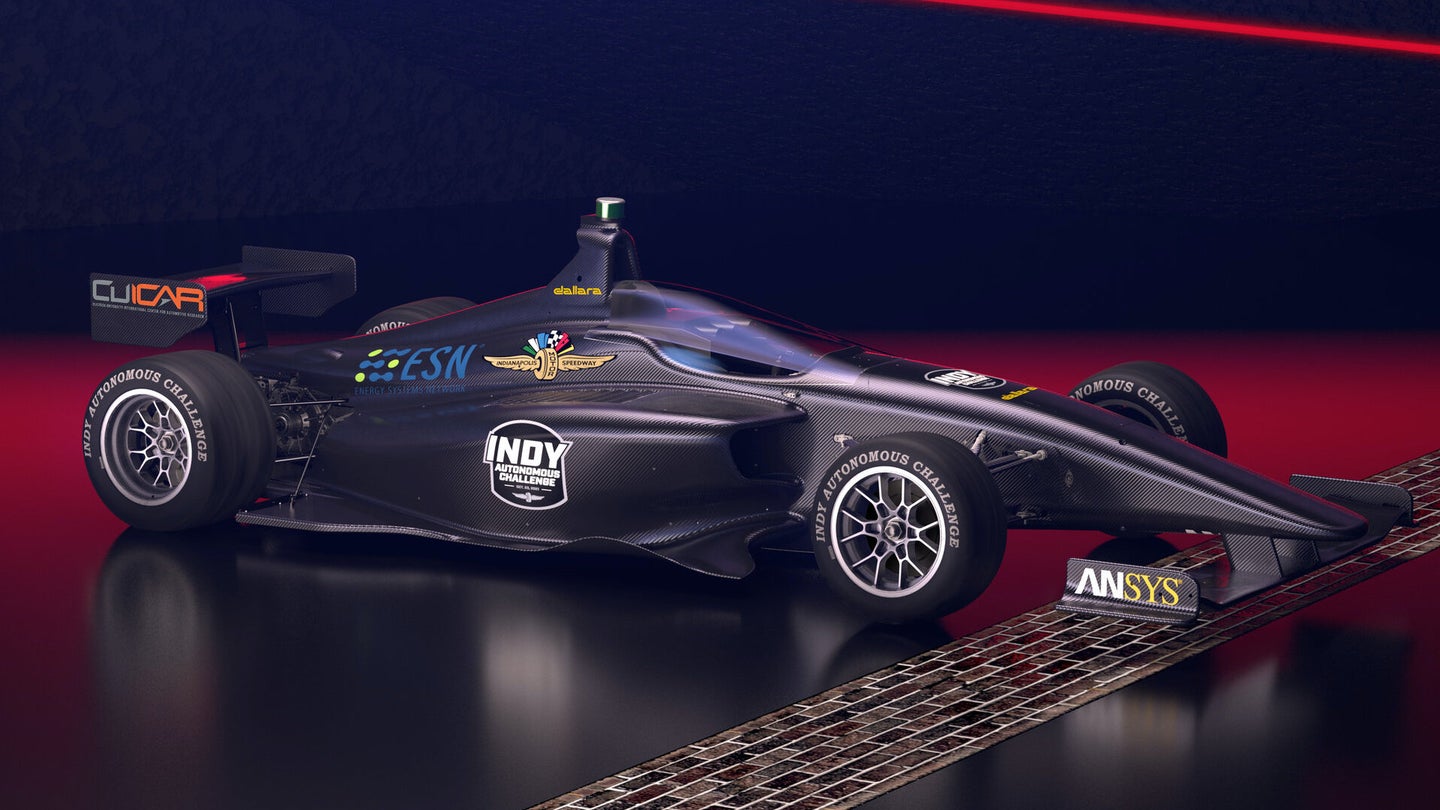 Motorsport may have once been a technological wellspring from which road car tech could sometimes be skimmed, but today, the link between race and road cars is tenuous at best. If it's a relationship the racing world wants to rebuild, it will have to turn its attention to new technological frontiers, like electric drive or vehicular autonomy—both already the subject of dedicated race series. The latter in particular is about to get another boost from the realm of racing, as Indianapolis Motor Speedway has confirmed that it will host a sprint race for driverless open-wheelers on Oct. 23, 2021.

Organized by nonprofit Energy Systems Network, the Indy Autonomous Challenge will be a showdown between 31 teams representing 37 universities, each of which will retrofit an Indy Lights-spec Dallara IL-15 with automated driving tech. The first team whose car finishes the 20-lap, 25-minute race will score a $1 million prize for their school, with the runner-up taking home $250,000, and the team on the bottom step of the podium, $50,000.

The Indy Autonomous Challenge isn't the first series to tout automated driving as the next big step for racing; Roborace tried to get the concept off the ground a few years back but has yet to attract much of an audience. It would seem the general public is more interested in watching humans duke it out on-track than it is robots, though that shouldn't present much of a problem for the IAC, as its host appears to see the event as more a technological showcase than a spectator sport.

"Testing technology for next-generation vehicles is in our DNA, so the Indy Autonomous Challenge showcases our continued presence as a catalyst and proving ground for motorsport and transportation innovation," commented Indianapolis Motor Speedway President J. Douglas Boles. "We are proud to provide the racing world's biggest stage for the first head-to-head autonomous race in history, where these university teams will push the limits of performance and safety on the famed IMS oval—leading to safer and better cars on the highway."

It may look and smell like a prank, but dressing someone up as a car seat is a serious endeavor.