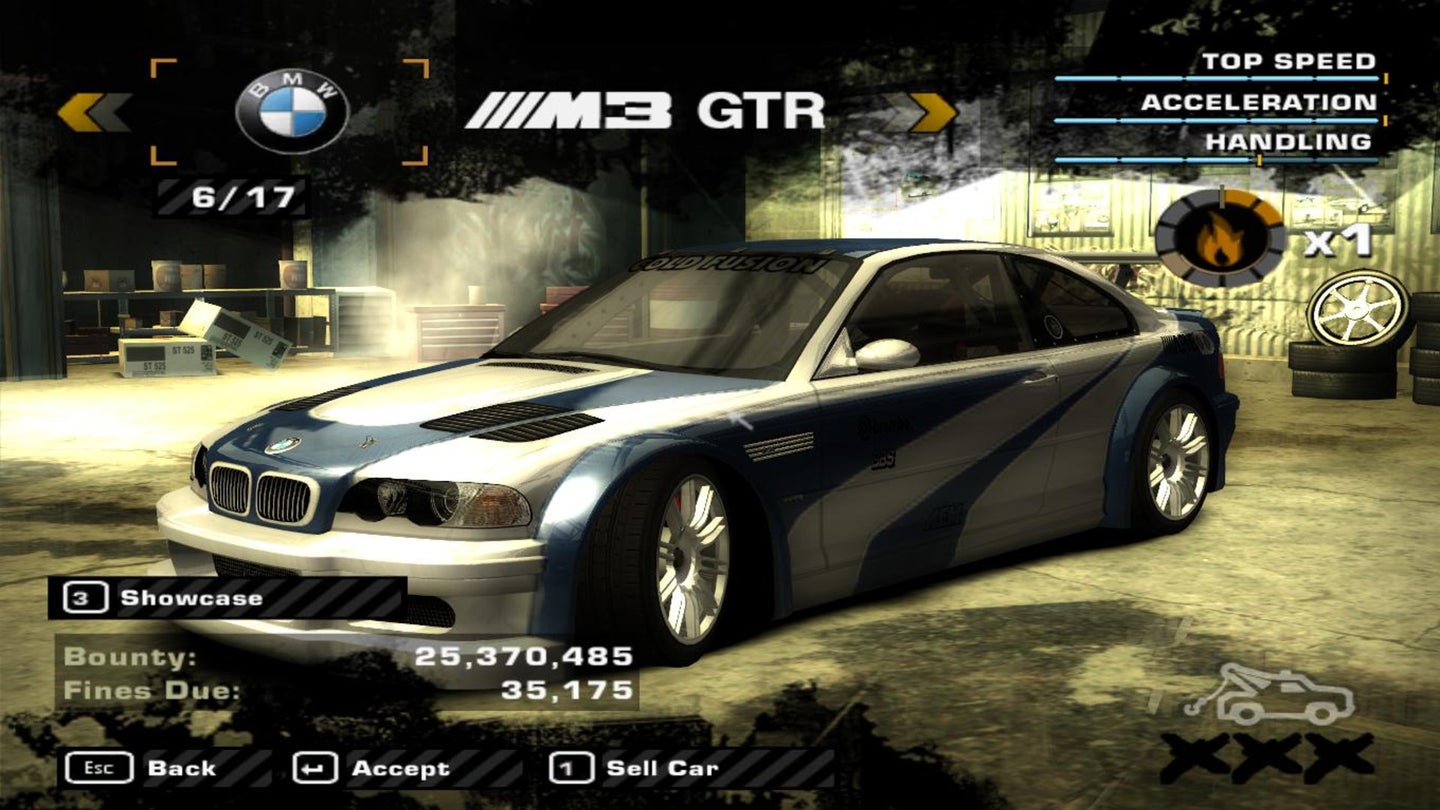 It's tricky to pin down the greatest video game ever made. I mean, does it get any better than the original Pong? It does? Well...nevermind that. What I'm here to talk about is the best video game car, whether it be from your favorite racing franchise or an open-world classic like GTA. Surely you've got something in mind.

The Drive's staff has been spending more and more time lately behind the virtual wheel, from F1 2020 to my personal favorite, SnowRunner. That said, amongst those titles, there's no vehicle that stands head-and-shoulders above the rest (excluding the Mercedes F1 racer, of course). Let me give you an example.

Gran Turismo diehards will point to the Suzuki Escudo they used to dominate Pikes Peak in their formative years. That's perfect! It was wicked fast, had great all-wheel-drive handling and, in case you forgot, an epic soundtrack. Listen to that turbo chirp:

I was more into the Need for Speed series as a young'n, so I'd have to say the BMW M3 GTR from Most Wanted is my top of the top. I was probably eight years old when I first played the game on my PlayStation 2, enamored with the speed and, yes, the sweet vinyl decals. I had no idea it had a 380-horsepower V8, or that it was homologated for racing—but it was good. Watch this and tell me you don't get at least a little nostalgic:

My Fellow Kid and colleague Peter Holderith agrees—this is as good as it gets. However, some of our more, erm, senior team members throw it back a little farther. Senior News Editor Jerry Perez votes for the Ford Indigo in Need for Speed 2 on PC, while writer Rob Stumpf bid his allegiance to the Castrol-liveried Toyota Celica GT4 from Sega Rally. These are also acceptable answers.

Go ahead and tell us your favorite. We won't judge—or, at least, I won't. Everyone's entitled to an opinion, even on the internet.

This Video Shows What Need For Speed: Most Wanted Would Look Like in Real Life