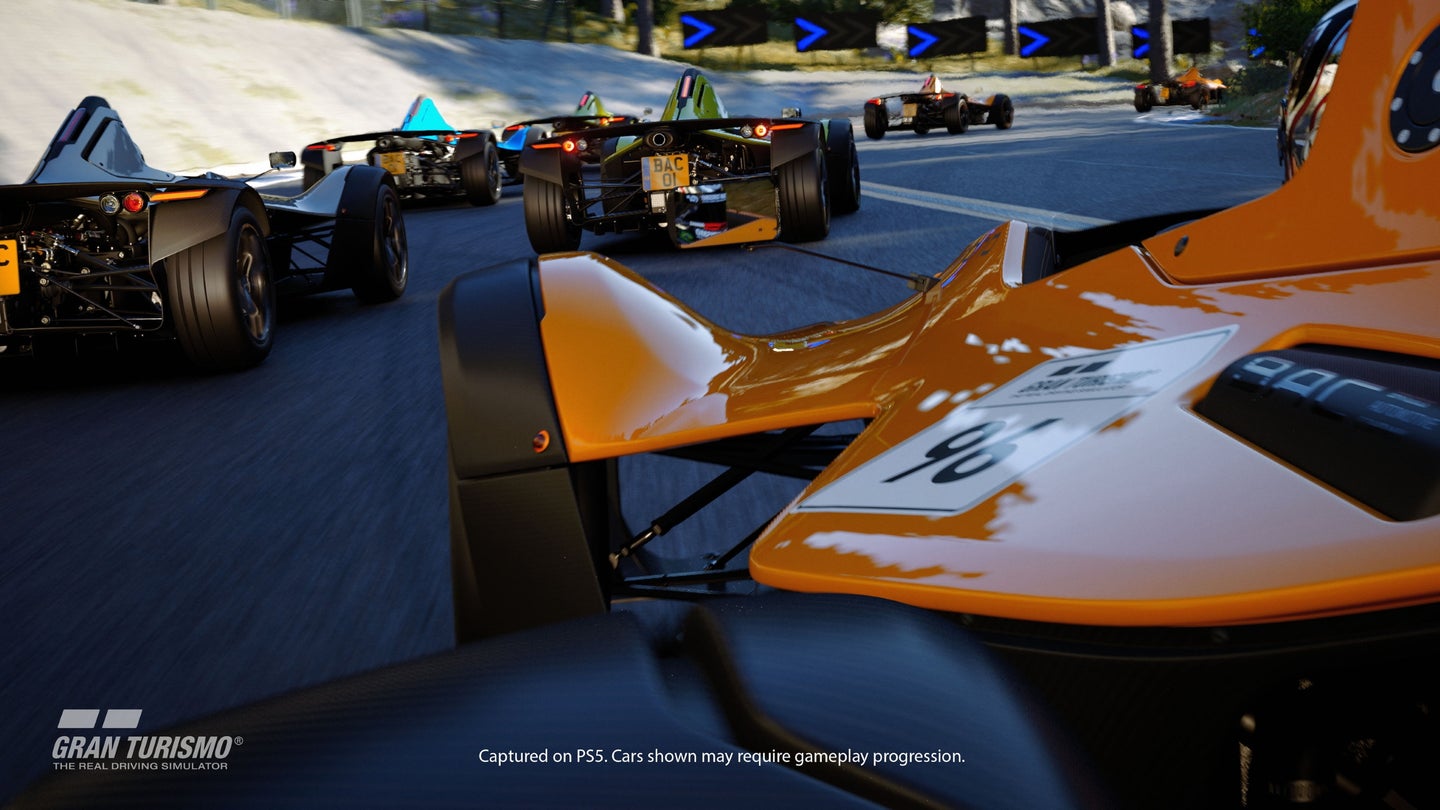 Sony has come out with more details on what to expect from its upcoming PlayStation 5. Instead of telling people what they really wanna hear, such as how much the damn thing will cost and when exactly it'll be available, it's providing a deeper look into how the console's new DualSense controller's haptic feedback and adaptive triggers will translate in-game.

For most gamers, this means being able to feel the tension as you draw a bow as Lara Croft or physically detecting the electricity flow from one hand to the other delivering "Venom Punches" as Spider-Man, but what if you're like us and spend most of your gameplay hours behind the wheel of a virtual car? In the case of PlayStation's premier racing franchise, Gran Turismo, this apparently means reproducing the sensation of anti-lock brakes.

Granted, the notion of simulating the nuances of the brake pedal through motors in a gamepad isn't a new one given the buzzes that emit from my Xbox One controller's left trigger every time I lock up under braking on Forza. But it sounds like the creators of the upcoming Gran Turismo 7 are taking the idea to new heights.

From GT creator Kazunori Yamauchi via PlayStation Blog, "I think the most effective use of the adaptive trigger [in Gran Turismo 7] is for representing the operation of the anti-lock brake system (ABS) while braking. A typical ABS releases brake pressure intermittently while the driver applies pressure to the pedal. The adaptive trigger is suited for recreating this pedal feel, and it will allow the player to accurately feel and understand the relationship between the braking force they want and the tire’s grip."

Of course, if you're dedicated (and deep-pocketed) enough to play on a full gaming wheel-and-pedals rig, none of this applies but it's nice to know that us filthy casuals still slumming it out here with gamepads can expect more from the new console. It's admittedly pretty cool stuff and—on top of the improved graphics—we're eagerly waiting to see how the PS5's other major new feature, 3D audio, will further boost GT7's immersion chops.

While the PlayStation 5 is slated to come out sometime around the end of this year, Gran Turismo 7's release date remains unknown.