Let It Be: James Corden Breaks Down With a Beatle In Latest ‘Carpool Karaoke’ Episode 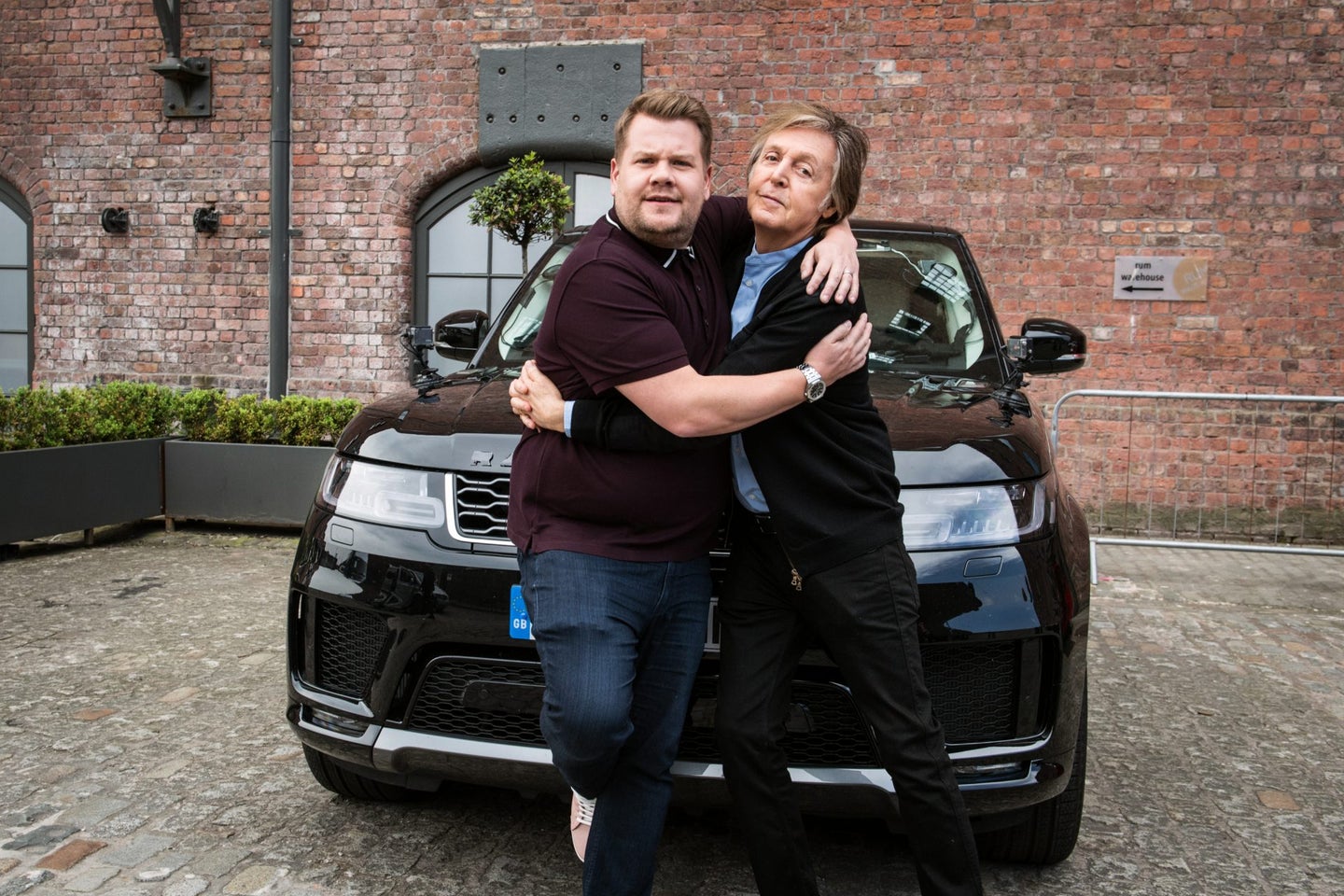 This particular segment tapped into more than just the physical spaces that brought the music to life though, it tugged at the heartstrings of Corden who broke down into tears at one point reminiscing about his grandfather and the song, Let It Be.

"I can remember my grandad who's a musician and my dad sitting me down and saying 'we're gonna play you the best song you've ever heard.' And I remember them playing me that. If my grandfather were here right now he'd get an absolute kick out of this," said Corden.

McCartney also shared the story of how the lyrics for the song came to him in a dream about his mother who had died. "[She] came to me in the dream and was reassuring me saying, 'It's going to be okay. Just let it be.'"

The segment even began with some very familiar Beatles lyrics. Corden is in the Range Rover and on the phone with somebody as we heard his side of the conversation, "Hey mate, I'm in Liverpool and I'm wondering if you could help? Yeah, I need somebody. Not just anybody. Can you please, please help me? Oh, that's great. Thanks so much, mate. I'll see you in a minute. Thank you. Oh, what a good guy." Then McCartney hops into the SUV.

The entire ride consisted of a cornicopia of early Beatles hits such as Drive My Car, Blackbird, and Penny Lane to name a few. Some hits like When I'm Sixty-Four and Hard Days Night were sung by the two as their journey took them to McCartney's childhood home and eventually a pub.

In a tweet, The Late Late Show posted about the left-handed Beatle autographing the Penny Lane sign, "Sir Paul leaves his mark."

We reached out to Jaguar Land Rover about the particular Range Rover model because with a devout vegan like McCartney, we thought perhaps the segment was shot in a vehicle with the brand’s Luxtec seating. Alas, it is a 2018 Range Rover Sport with real-leather interior.

Grab your musical friends and family and watch the full "Carpool Karaoke" segment from its YouTube channel, below. Turn the volume up and sing along.

‘I panicked in my absolute core.’

The app gets some new features as well.