‘I panicked in my absolute core.’ 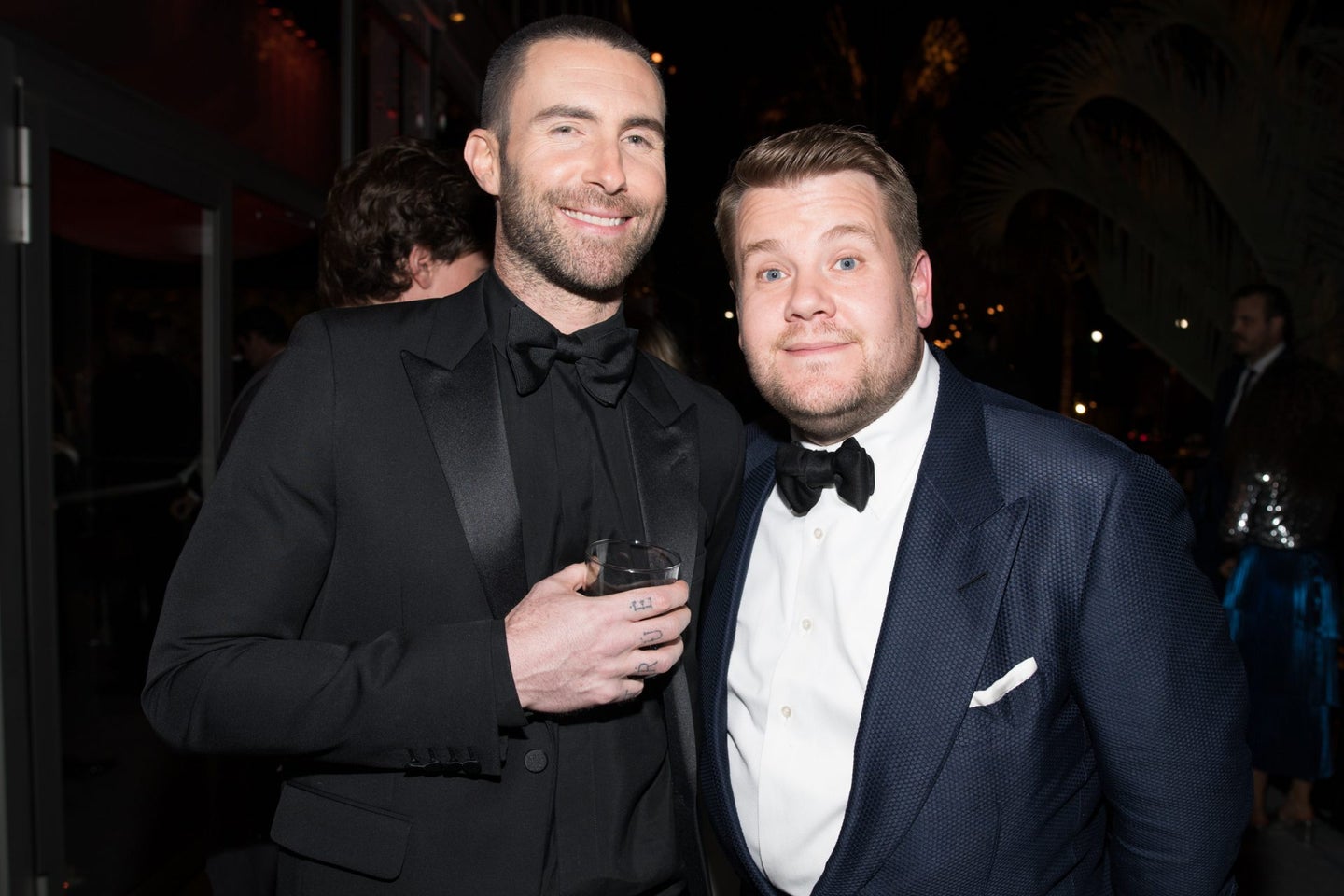 Thursday night’s episode of “Carpool Karaoke” for The Late Late Show with James Corden had its first ever encounter with the law. As the comedian and his passenger, musician Adam Levine drove around Los Angeles, a sheriff's car signaled for them to pull over mid-traveling jam session.

The The Voice coach and Corden were driving down the road belting out songs like Moves Like Jagger, This Love, and Sugar before the law showed up. Right in the middle of the 2002 Maroon 5 hit, She Will Be Loved, the sirens sounded and caught the singers off guard.

Corden, startled and struggling to lower the window can be heard saying to Levine, "What do the police want?"

"I’m gonna pull you over so he can sing a song for me," said a deputy with the Los Angeles County Sheriff's Department.

Corden was taken aback by the Deputy's statement and asked, "You want us to pull over so he can sing a song for you?"

Corden complied. Levine and Corden laughed throughout the incident but once the sheriff's deputy went on his way, Corden revealed he was shaken by the ordeal.

“I don’t know what quite happened there, I completely panicked,” he told Levine. “I panicked in my absolute core.”

"Deputies from the Carson Sheriff's Station saw a traffic hazard by a caravan of cars following the car as they sang their way through the Los Angeles County area streets," read a statement on the LASD Facebook page about the incident.

Once the two karaoke crooners regrouped and got back on the road, they headed to the Porsche Experience Center Los Angeles track for some race therapy. The entertainers incorporated interesting tactics to distract one another throughout the course. We don't want to spoil the ending by telling you whose time was the fastest, but let's just say, it wasn't Adam Levine.

If you're wondering about the car the dynamic duo was riding around in during the show, according to Porsche, the two test drove the new Porsche Cayenne for the episode.

In case you missed the show Thursday, the full episode can be seen on The Late Late Show with James Corden’s YouTube channel.