Everything is a lie. 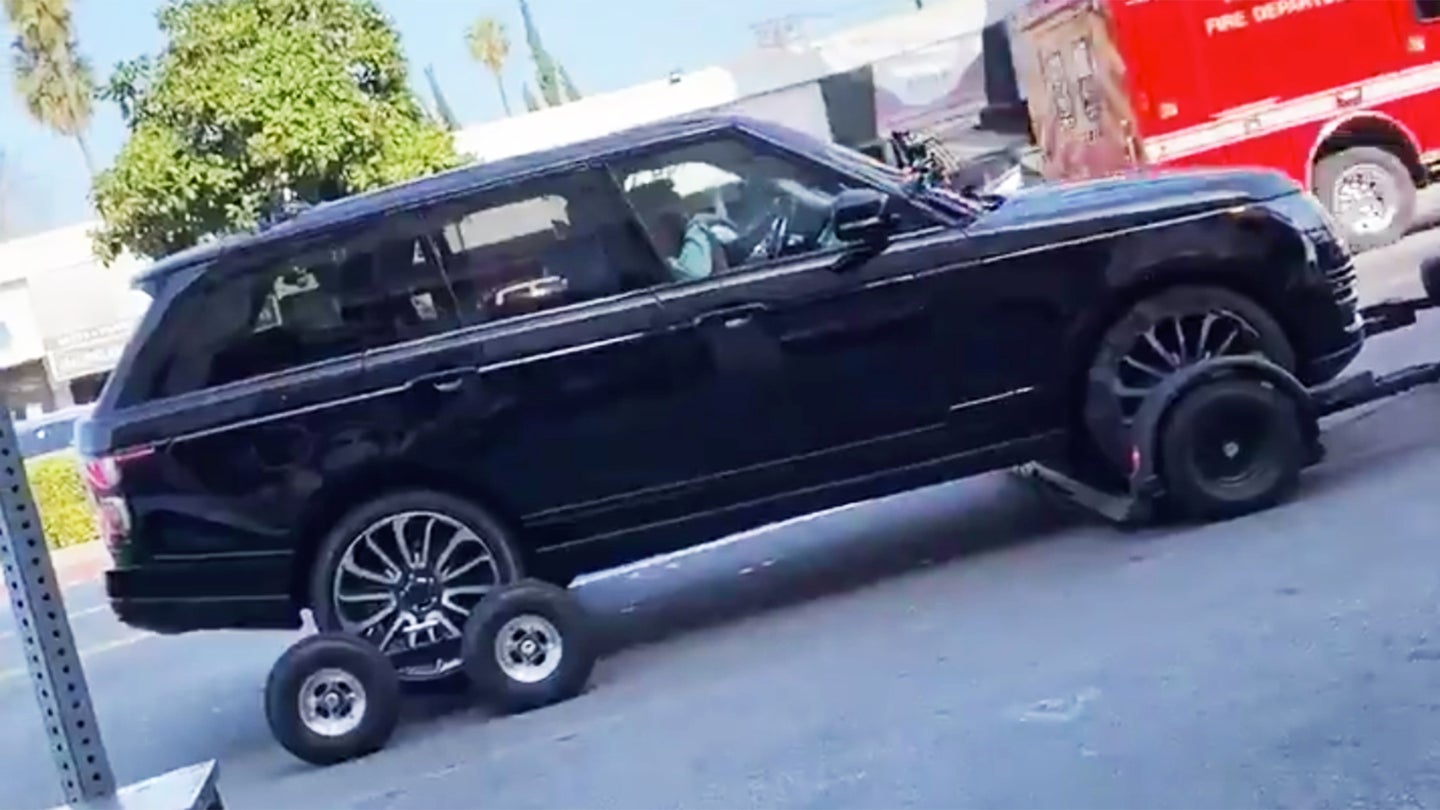 Hollywood is a shifty lot, and most of the time things aren't exactly what they seem. This video recently uploaded to Twitter pulls the curtain back on an incredibly popular and seemingly candid franchise: The Late Late Show's Carpool Karaoke, where host James Corden drives around Los Angeles with a famous musician in the passenger seat as the two sing along to his guest's greatest hits.

While sitting outside a restaurant in Los Angeles, California on Wednesday, Twitter user @zolihonig spotted a Range Rover being towed down the road on a dolly. That's not an unusual sight to anyone who has owned a Range Rover or lived in an area where they're popular, but this particular SUV was occupied by none other than James Corden and pop star Justin Bieber as the pair appeared to film an upcoming Carpool Karaoke installment.

At first, we thought the production company might've opted for a safer method of filming after the Adam Levine episode resulted in an encounter with the Los Angeles Police Department. However, on Thursday the show's executive producer Ben Winston tweeted that the dolly rig is used "when we are doing a 'stunt' as part of the Carpool—when it would be impossible for James to drive!" He claims it's only been used a small handful of times, and Corden is in fact usually driving for real.

The Late Late Show's Twitter account also made light of the non-controversy by putting out an image of Corden sitting on a stool next to Samuel L. Jackson in front of a prop steering wheel. "[G]uys, we don't even use a real car."

It’ll rock your pelvis from side to side to negate the effects of sitting too long.

Let It Be: James Corden Breaks Down With a Beatle In Latest ‘Carpool Karaoke’ Episode