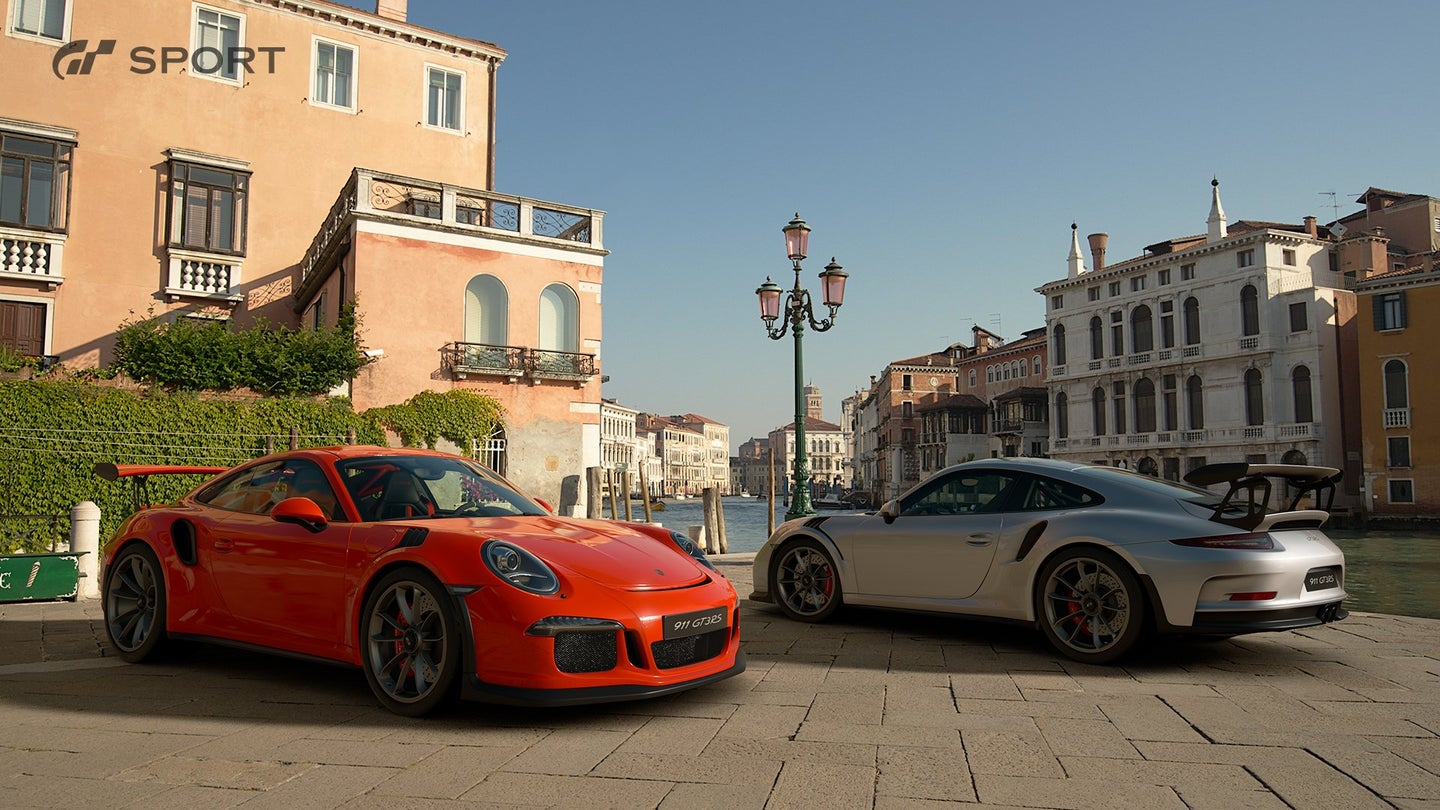 For as long as I can remember, racing games such as Gran Turismo and Forza Motorsport, as comprehensive as their car lists were, always had one key omission: Porsche. Outside of the occasional Forza expansion pack, the storied German manufacturer was tied down by an exclusive licensing agreement to EA, the publishers of the Need for Speed series. Late last year, however, that deal came to an end. At last, Porsche has shed its digital shackles and now Gran Turismo fans can finally look forward to getting their flat-six fix. In a tweet from PlayStation's official account this afternoon, the inclusion of Porsche and 'new tracks' were confirmed alongside a link where players can sign-up to play the beta (my first impressions of which can be found here).

The above screenshots only show the 991.1 GT3 RS, but but it's safe to assume it won't be the only Porsche in the game. They've gotta have other ones, right? There's also no mention that I can find of what "new tracks" is referring to specifically, but brownie points to whoever can tell us where this happens to be:

This is great news not only for GT fans, but gearhead gamers of any flag. Gran Turismo Sport is set to release sometime this year on PlayStation 4.