It's not too much of a stretch to say the Continental GT saved Bentley. Before it arrived, the British carmaker was largely known as Rolls-Royce's lame little brother, an aging nameplate that was too stuffy to be cool. The Conti—built off the bones of the scorned VW Phaeton—changed all that, yanking the luxury automaker's reputation into the 21st Century and reestablishing it as a builder of confident, continent-crossing cars. Not only was it half the price of larger, more traditional Bentleys, putting it within the reach of the merely well-off and making it a staple of rap videos for the next decade—it was fast, and it was sexy. Those original GTs still look good, and their 560-horsepower twin-turbo W-12 still seems impressive.

Yet that original Bentley Continental GT first hit the streets in 2003. And in spite of a very comprehensive overhaul in 2011 and a few additional mid-life refreshes along the way, the Conti has grown long in the tooth. It's remained competitive and cool all this time, offering every bit of the style, speed, and elegance expected of a grand tourer from the flying B.

But it's safe to say the automotive world's been ready for this all-new Bentley Continental GT for a while.

Unlike the Volkswagen Group's other luxury vehicle launching today, there's no mistaking the new Bentley for its predecessor. While it maintains the four-eyed look that's become a Conti trademark, the inner set of headlights has continued to grow as the outer ones have shrunk, giving the Bentley a slight resemblance to a wolf spider's headshot. Not helping the arachnophobe-unfriendly comparison are the sharp rising elements in the front fascia below the lamps, which look a bit like fangs if you stare at them too long. Still, set aside any arachnid analogies, and the third-generation Continental GT's face will be a handsome addition to valet lots from Macao to Monaco.

The car's design impresses even more from the side and rear views, where the lines have been drawn out as though the clay model had been sprayed down with a high-pressure hose. The biggest change is in the tail; low-profile oval taillamps replace the blocky units found on past Continentals, while the tall hood has been shaved down to an aerodynamic pinch that emphasizes the bulging rear fenders.

And plenty of other people are likely to wind up staring at the back of this Bentley, considering what's wedged under the hood. At launch, the Continental GT will arrive powered by the latest version of the brand's now-venerable twin-turbo W-12, now dialed up to produce 626 horsepower and 664 pound-feet of torque. All-wheel-drive comes standard, as before, but now the system defaults to rear-biased power delivery whenever possible. Unlike earlier Contis, however, the new model uses a dual-clutch transmission—specifically, an eight-speed version that we're willing to bet shares more than a few parts numbers with the one in the Porsche Panamera. The 0-60 mile-per-hour sprint takes a claimed 3.6 seconds; top speed is a reported 207 mph, just two slower than the outgoing Continental Supersports. 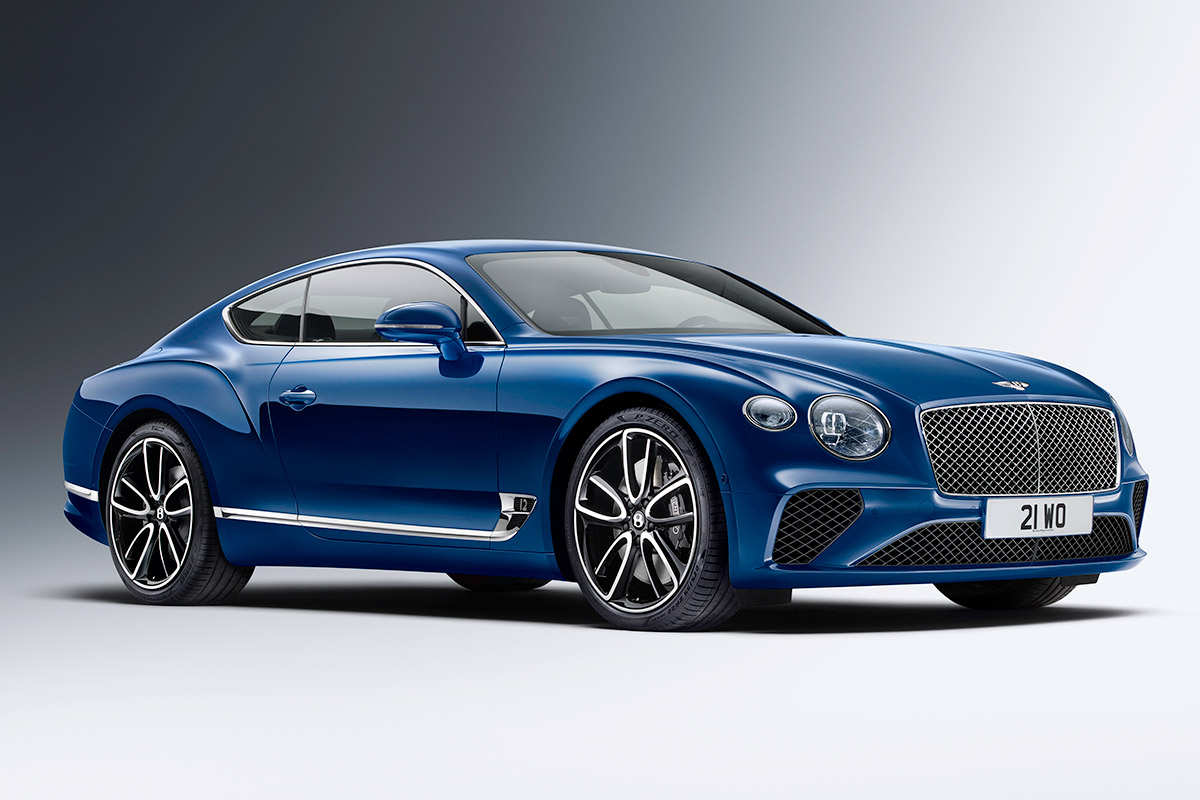 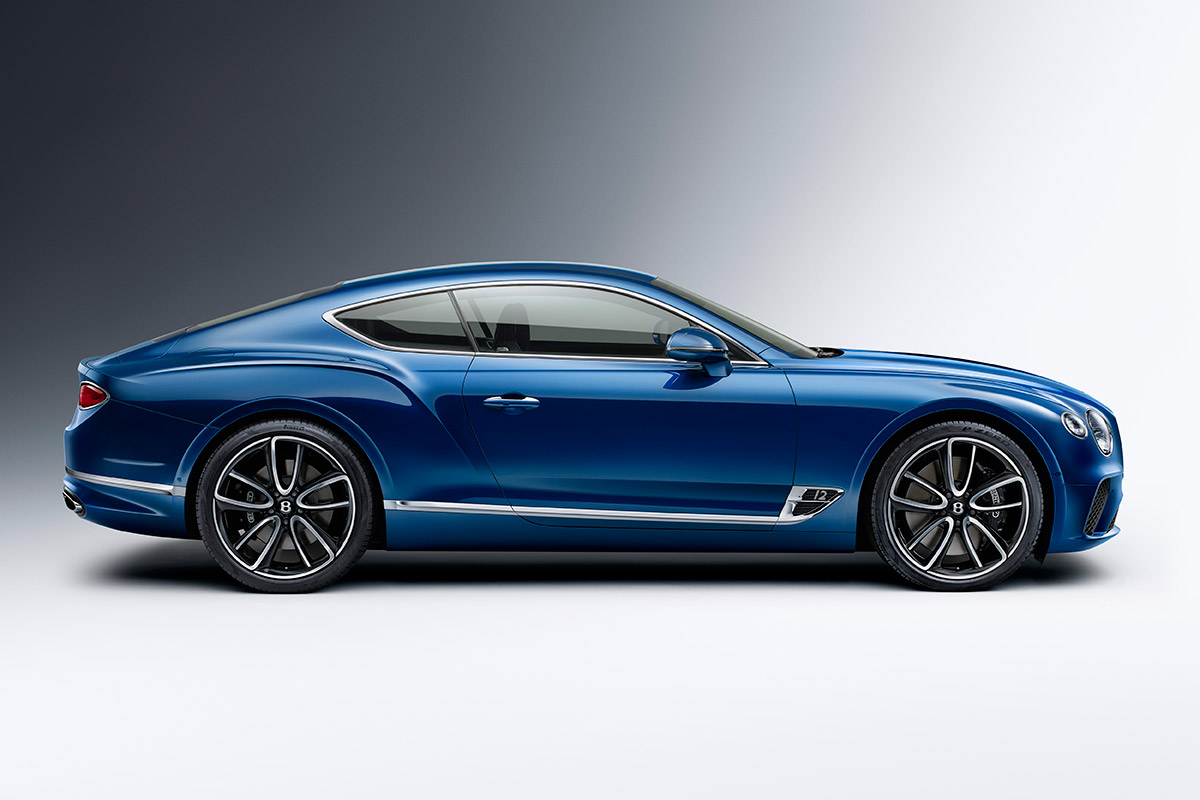 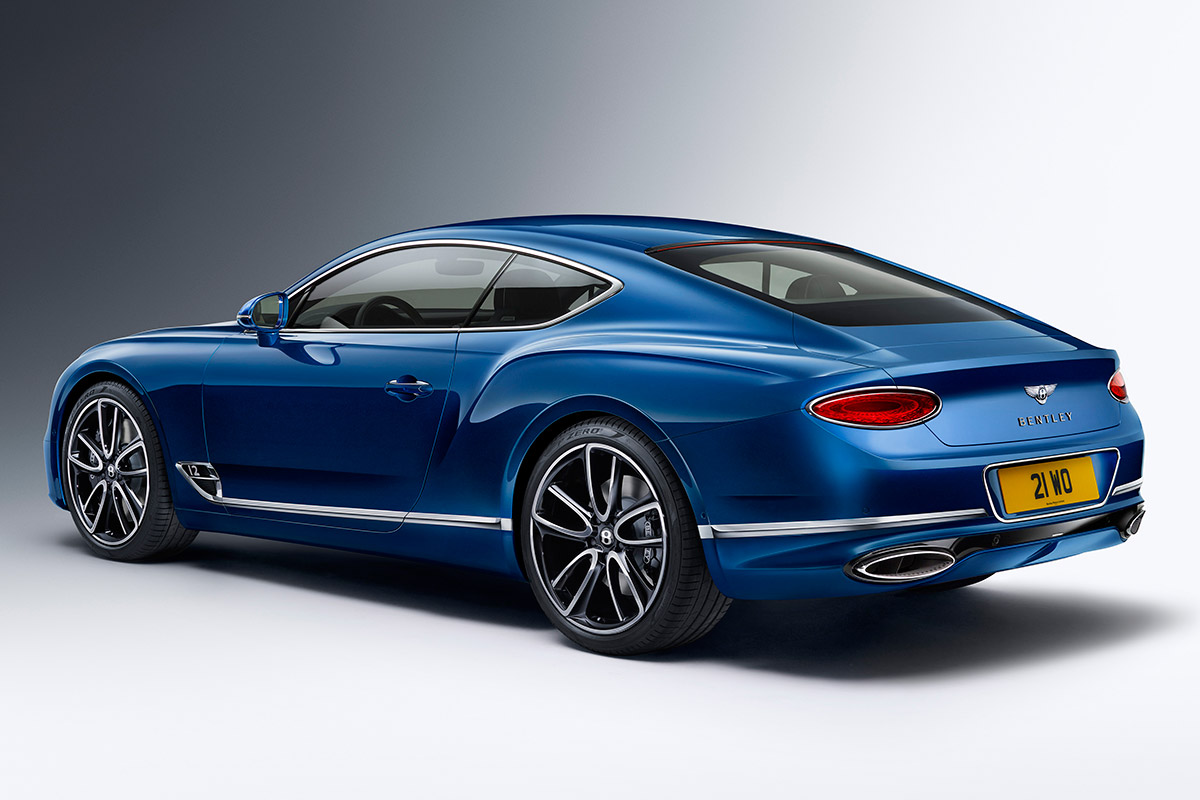 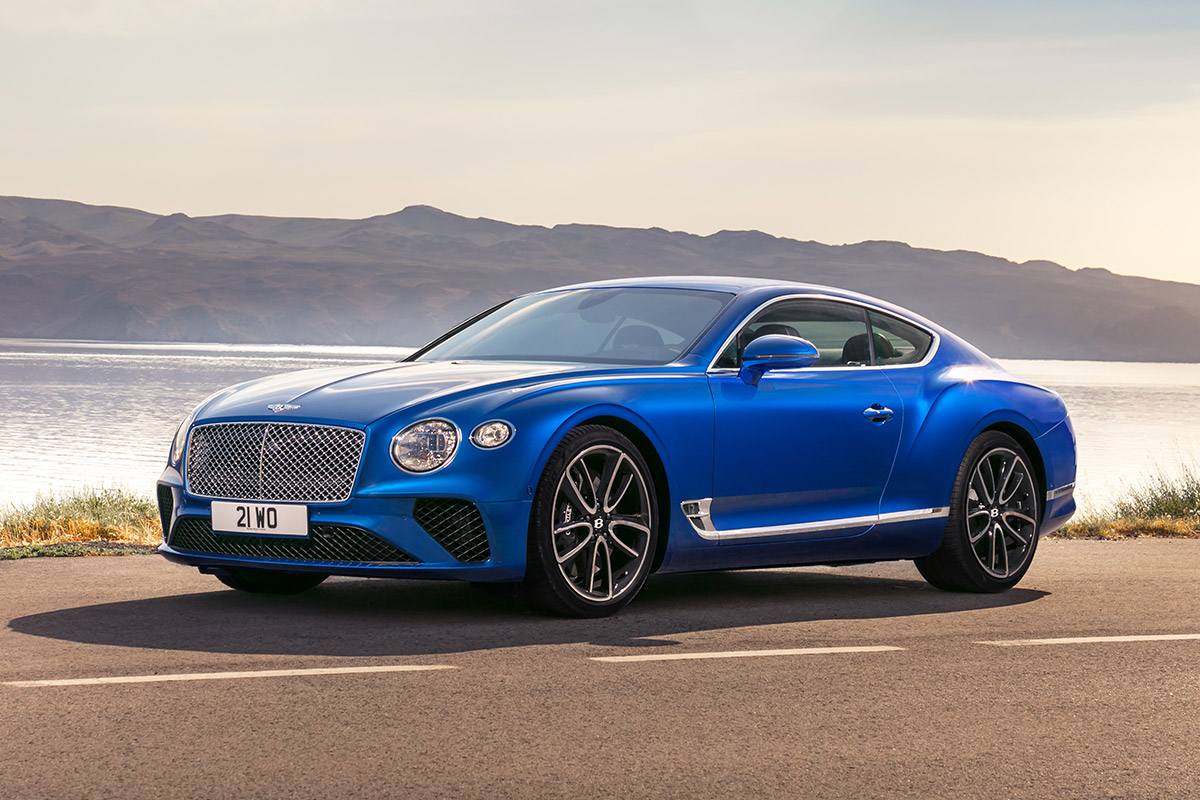 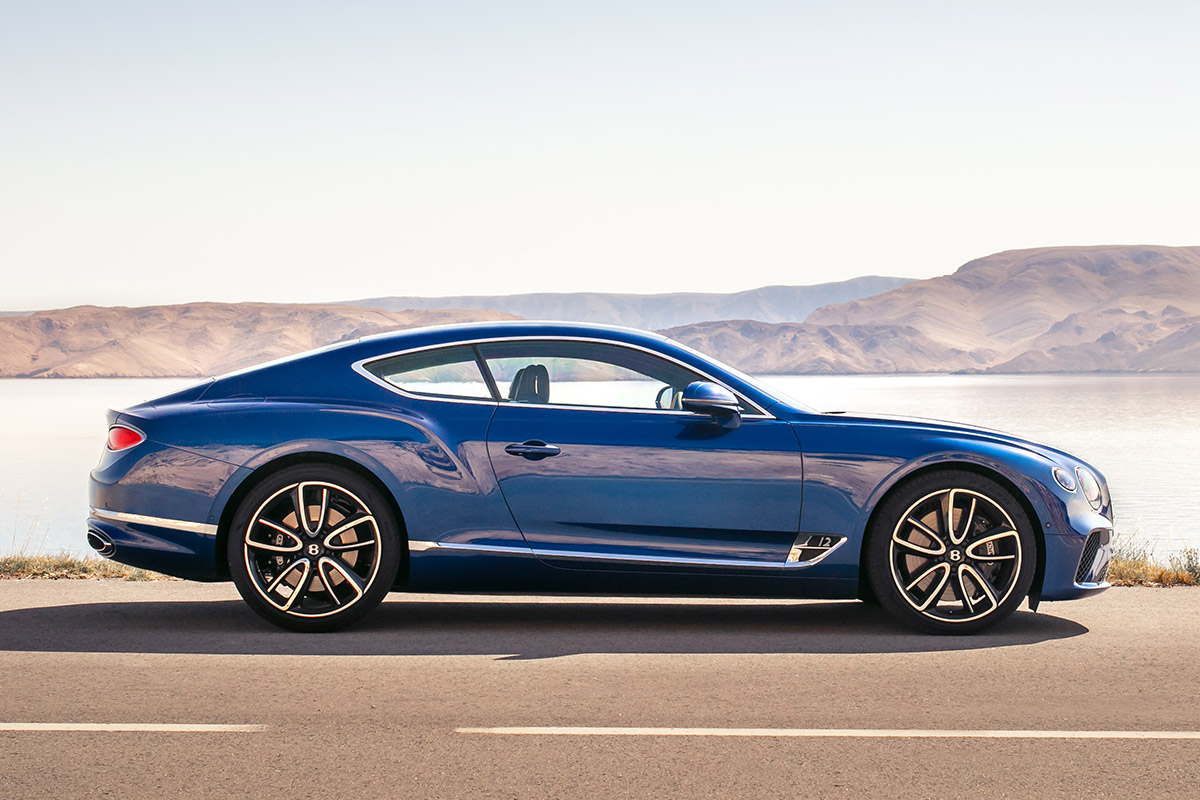 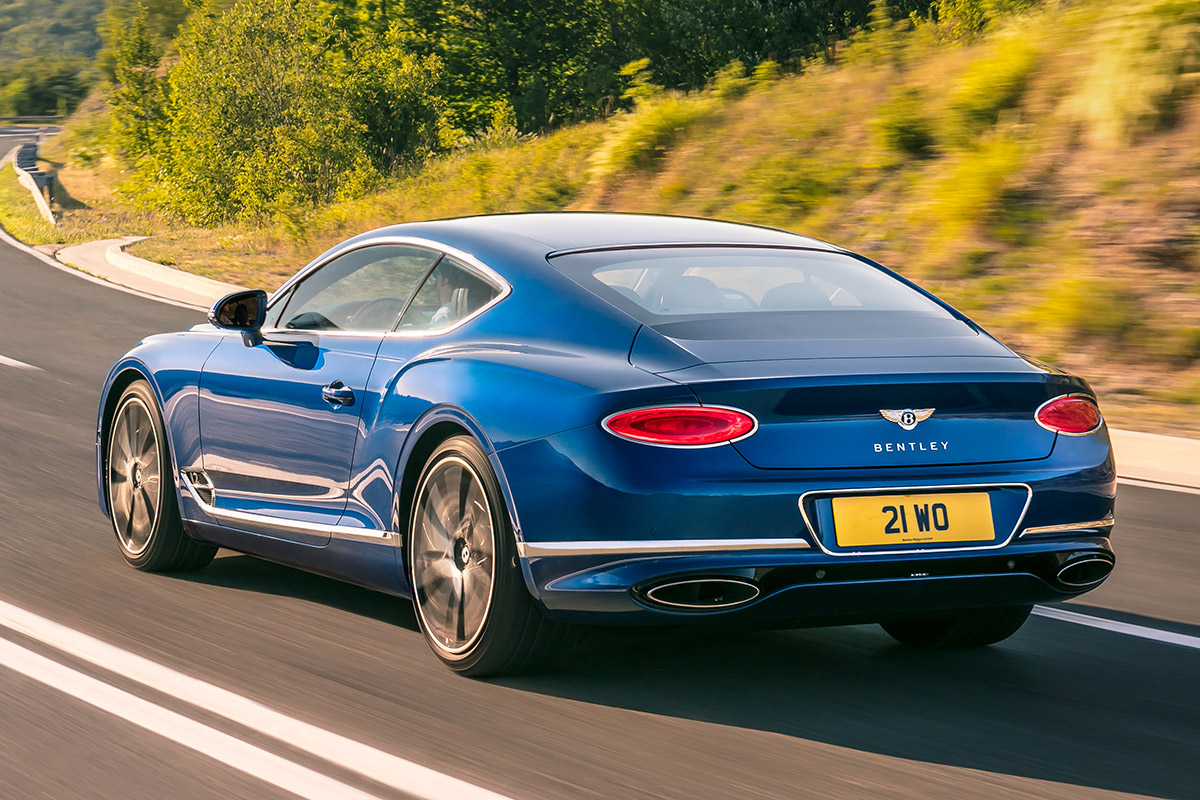 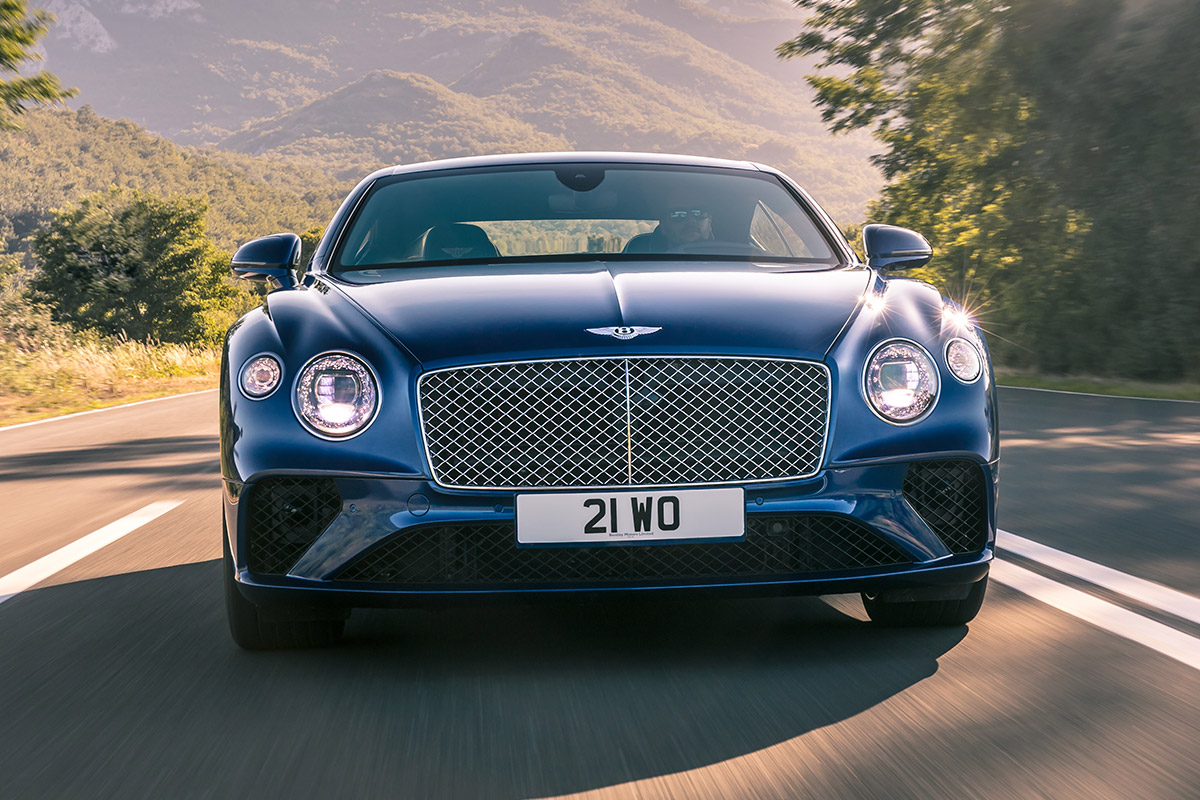 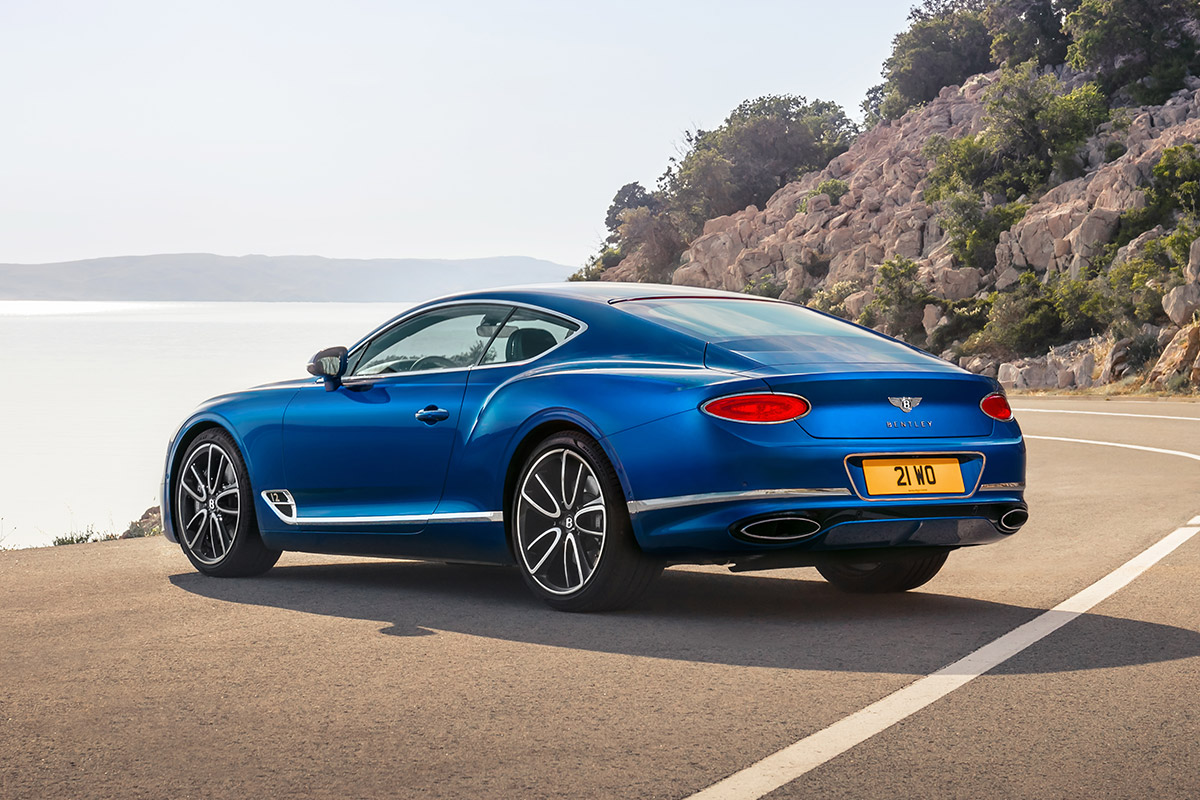 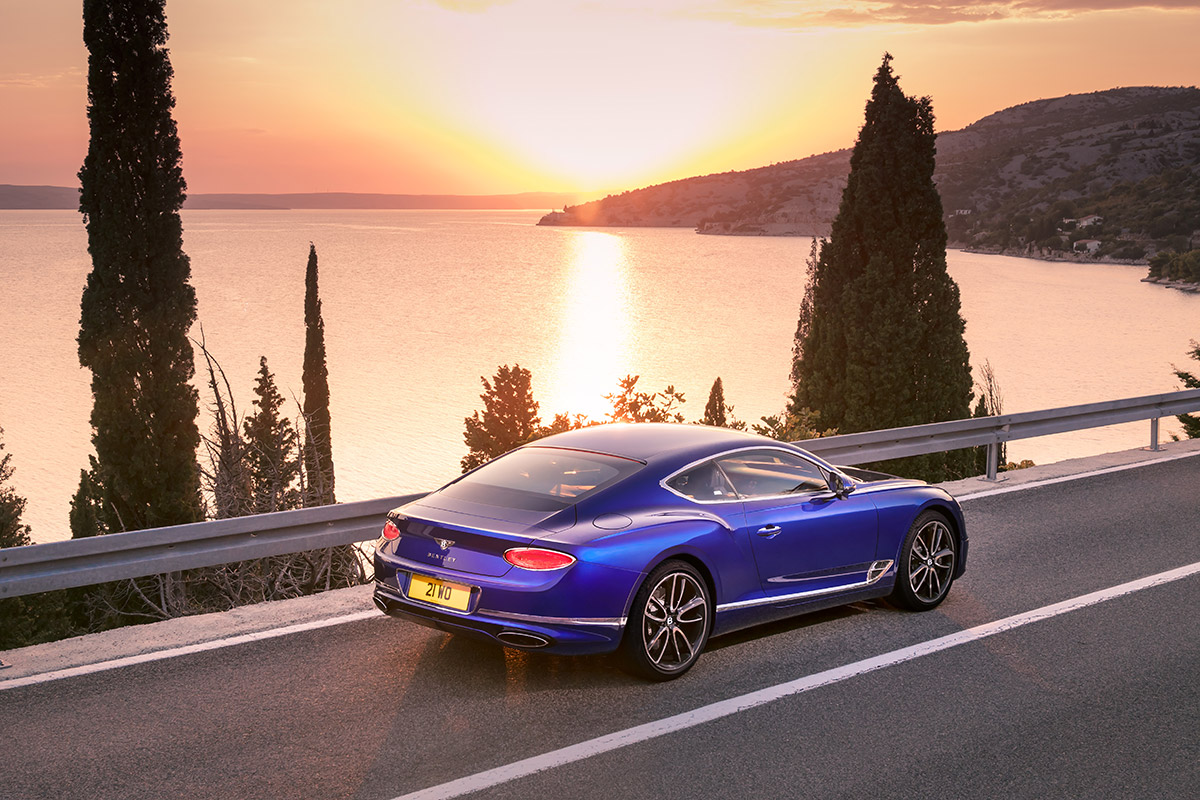 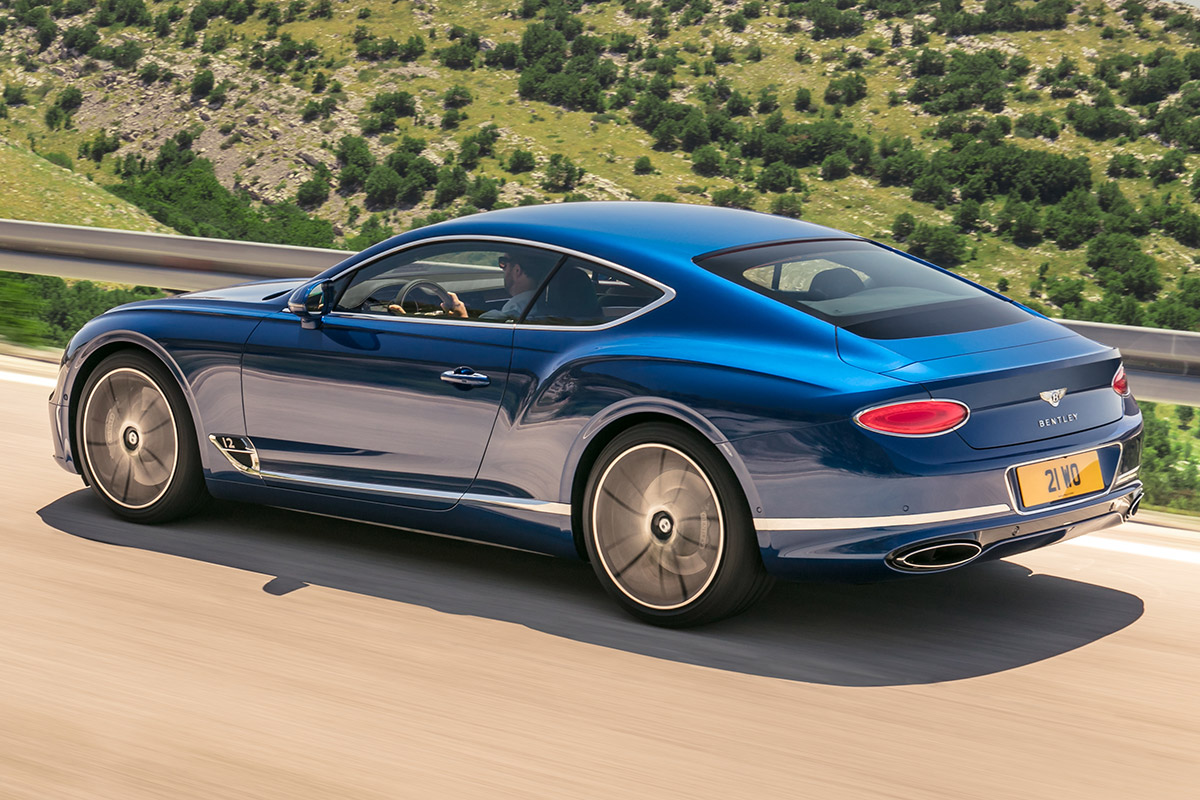 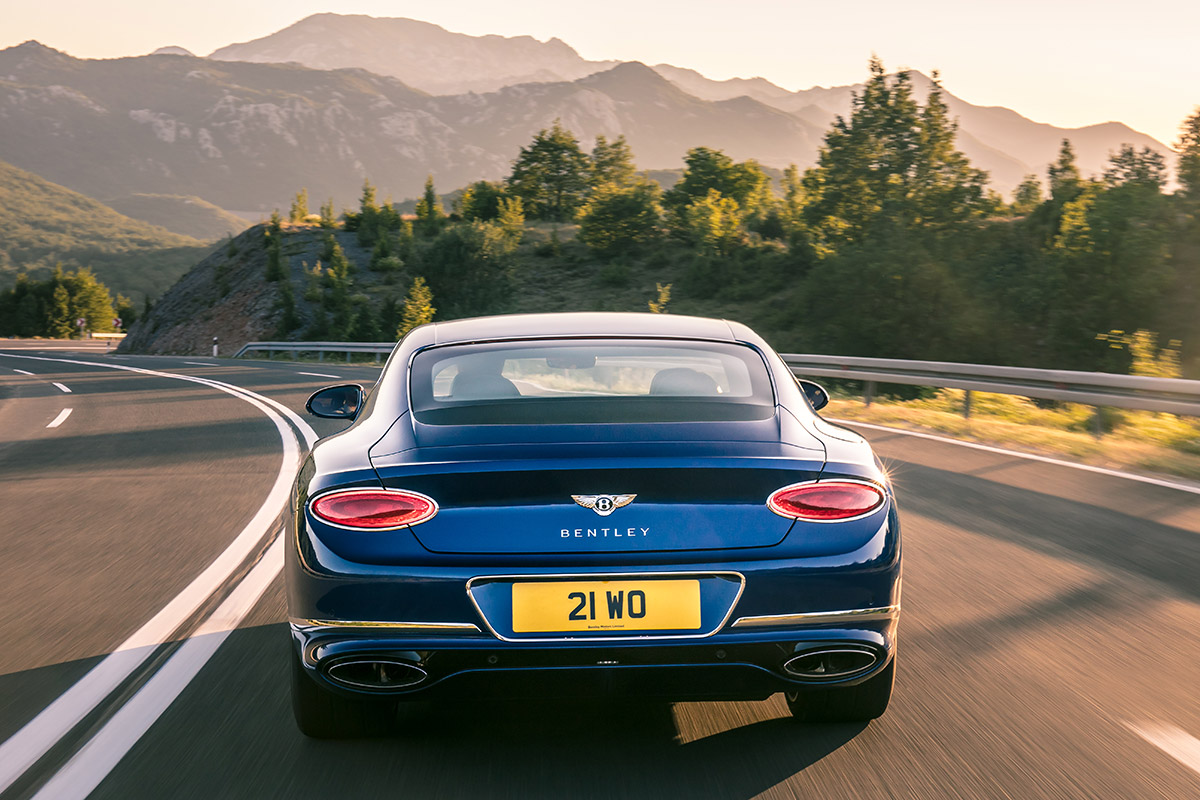 Bentleys may place a high value on style, but only if it goes hand in hand with substance. To that end, the interior seemingly packs as much cowhide and wood as a dairy barn; any surfaces not covered in them are likely metal or glass. There's plenty of the latter, thanks to the 12.3-inch touchscreen infotainment system mounted high on the dash. It's actually one of three options for that stretch of interior, part of a new feature called the Bentley Rotating Display that lets the driver flip between the infotainment screen, a trio of analog gauges, or a clean piece of wood. If you're thinking professional athletes will be showing this off constantly on their Instagram Stories for most of 2018, you're likely correct.

Below that technical trickery, the center console features a new Côtes de Genève finish inspired by "the finest automatic Swiss watches," giving the metal a three-dimensional effect. That's just one of many new techniques on display inside, including a softer pillow knurling finish on rotary controls, bronze inserts, new wood veneers, and "diamond-in-diamond" quilting pattern on the 20-way adjustable front seats. For those who prefer to hear their luxury, Bentley is offering three separate audio packages topping out with a 18-speaker, 2,200 watt Naim system for the "true audiophile." The addition of laminated glass all around means the cabin is more acoustically accurate than your average symphony hall. But to take advantage of that, you'll need your tunes, so it only makes sense that the Continental GT comes with Apple CarPlay.

And while Bentley's luxurious appointments usually get all the attention, there are a few new clever bits of tech hiding beneath all those rich materials to help the car drive as good as it looks. The first is a 48-volt "roll control system," which electronically adjusts the sway bars at the front and rear of the car to cut down on body roll and increase grip in the twisties. Bentley promises the ever-changing setup means it won't affect the ultra-comfortable ride that's been a hallmark of the brand for decades. Up front, a new Variable Displacement system can shut down half the twin-turbo W-12 engine on the fly to increase fuel economy. Don't worry, no one will be able to tell you're only driving a V6 some of the time. Finally, the Start-Stop technology has been expanded to encompass low-speed coasting situations, further improving efficiency. 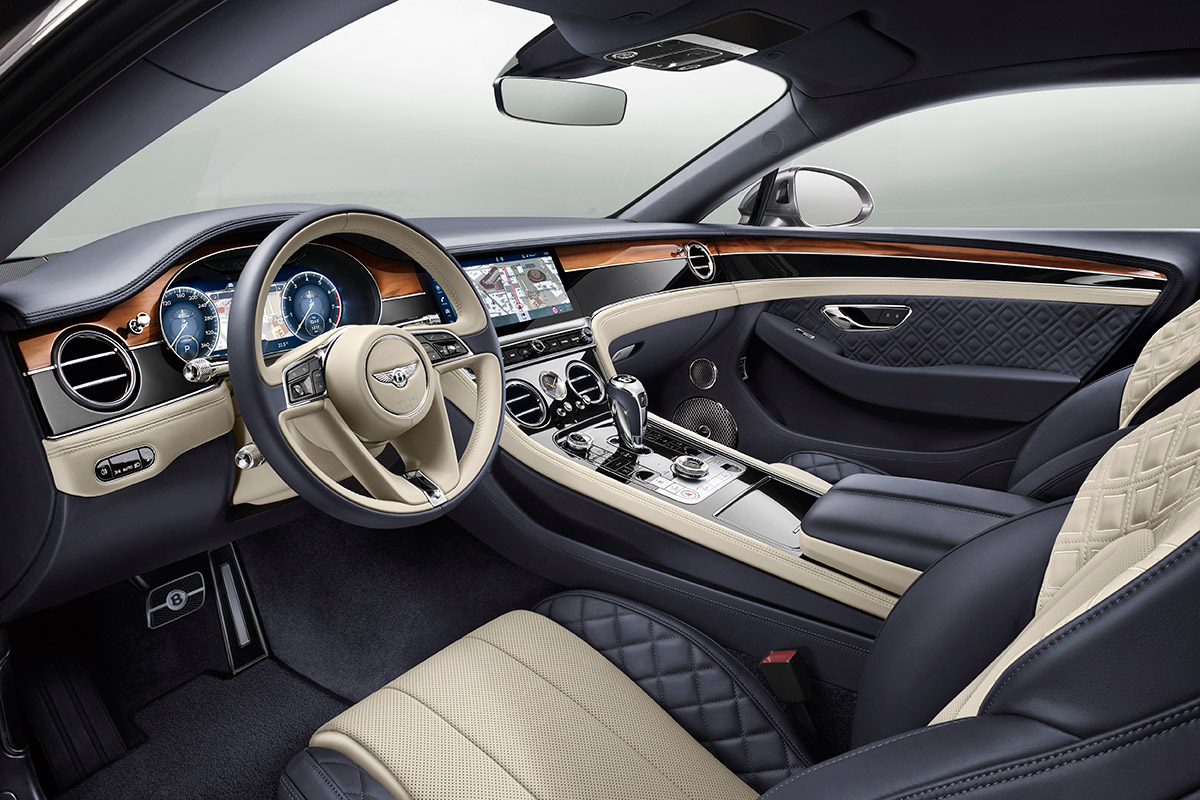 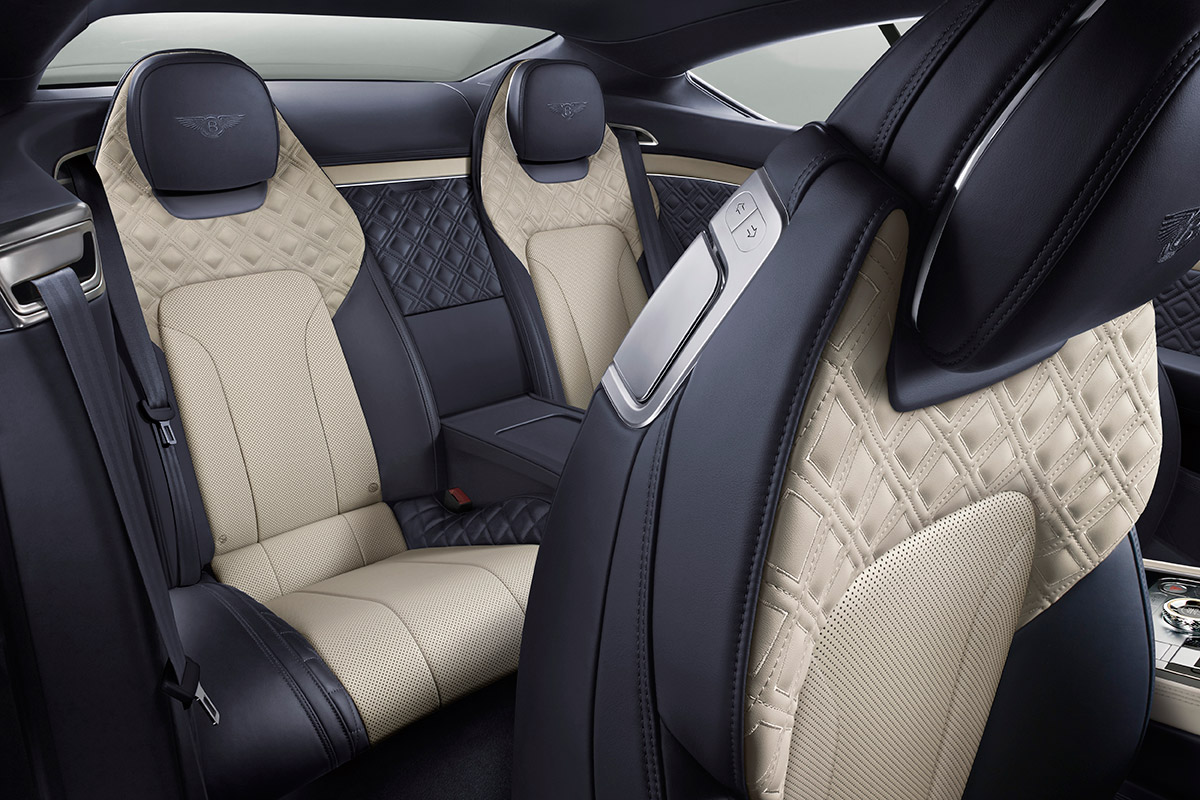 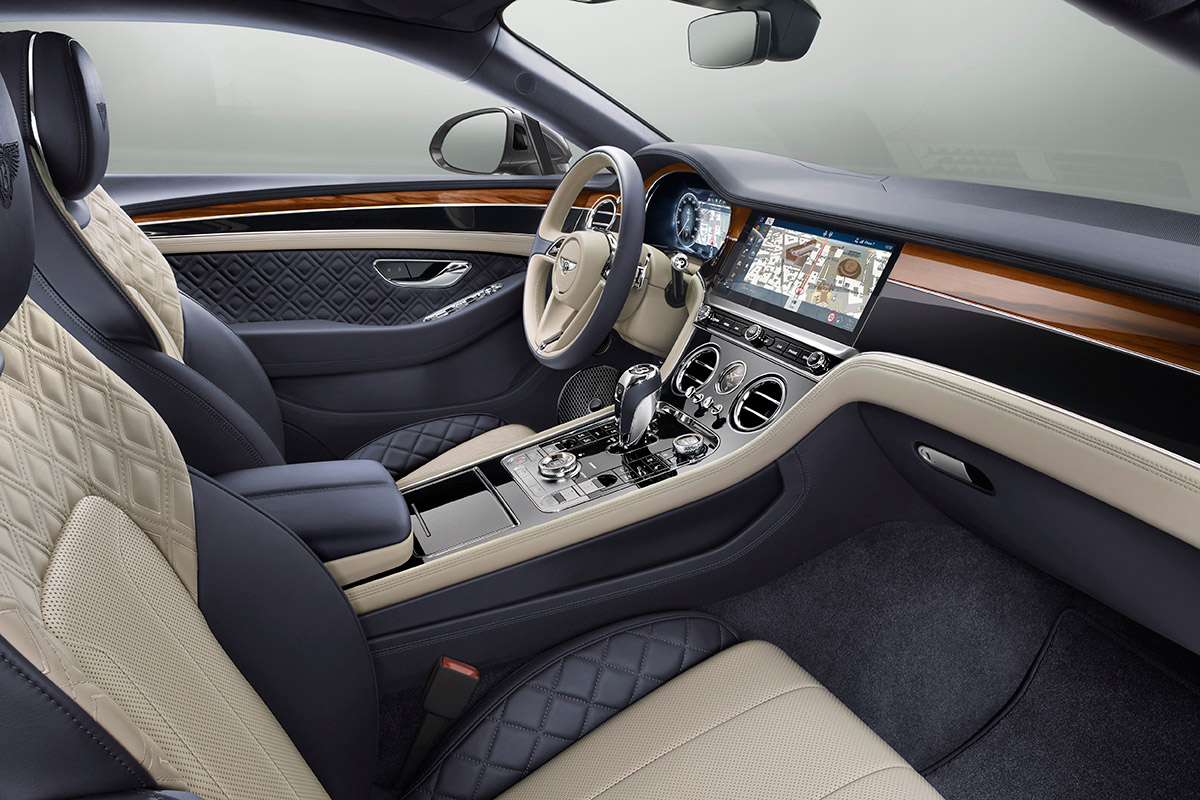 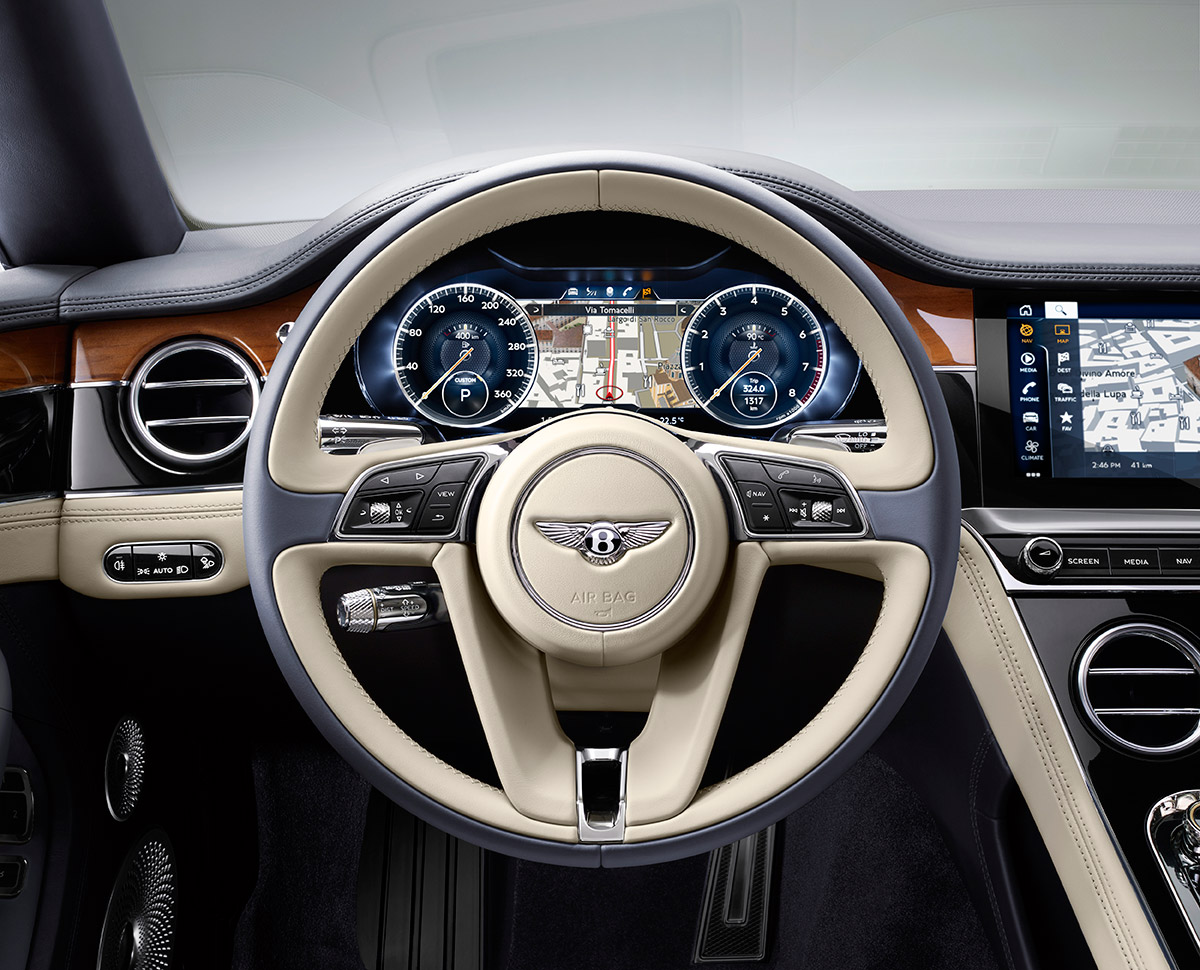 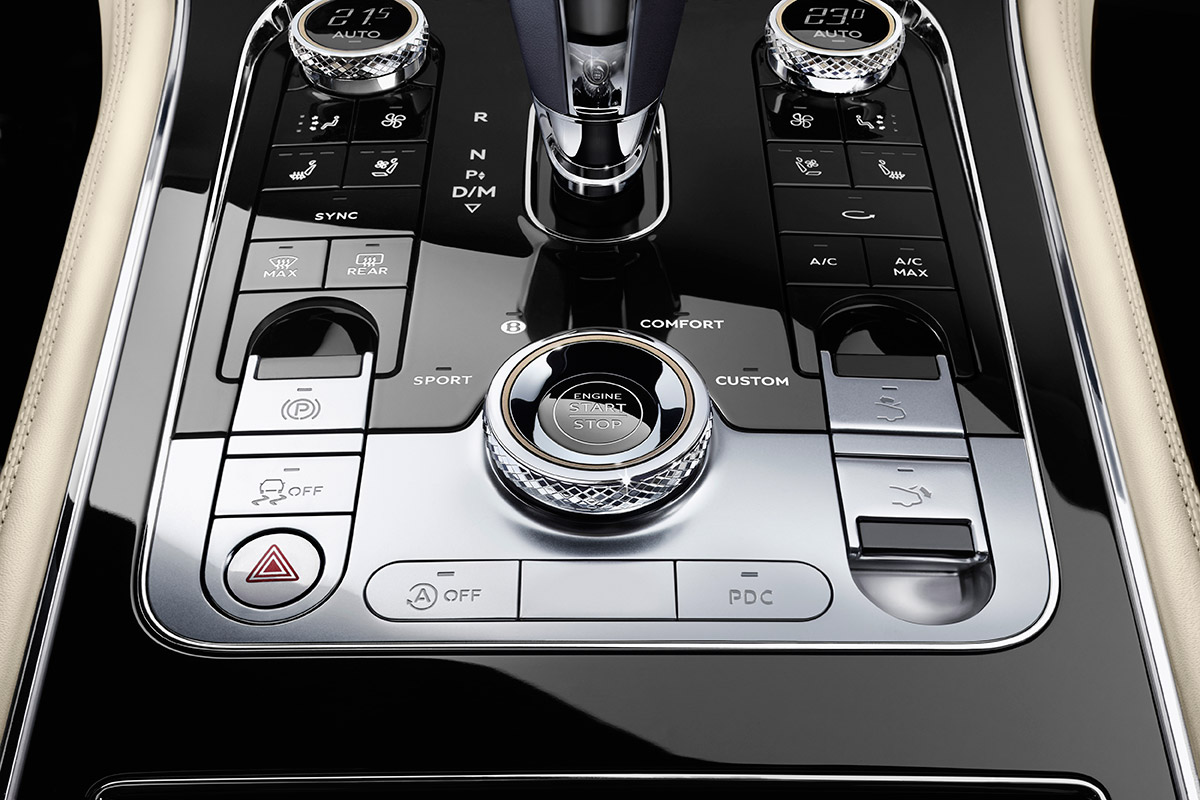 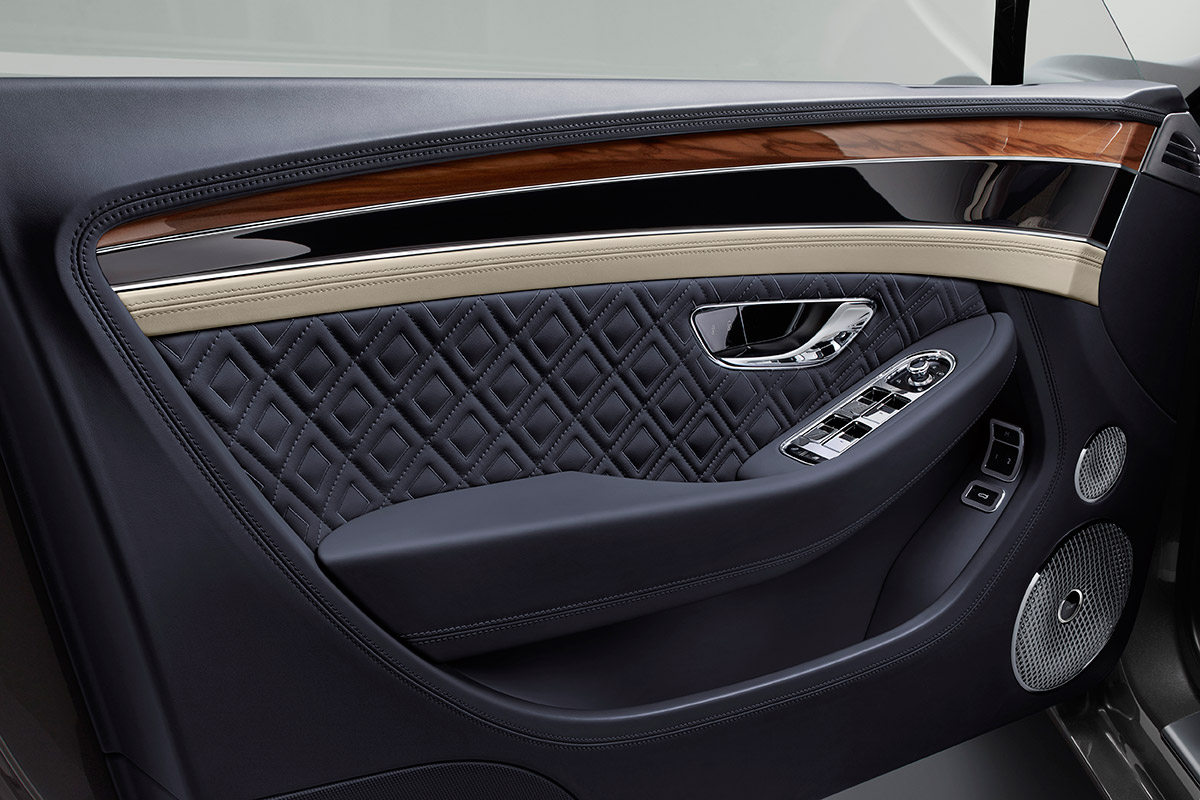 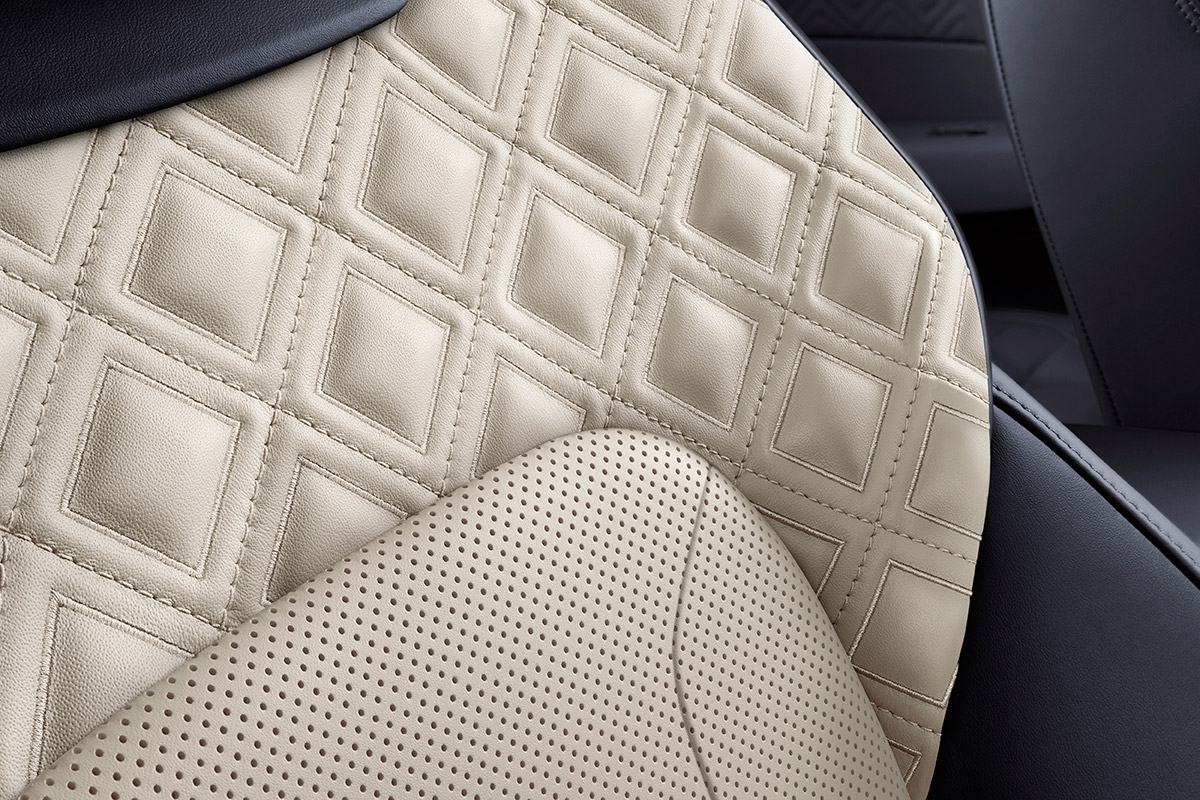 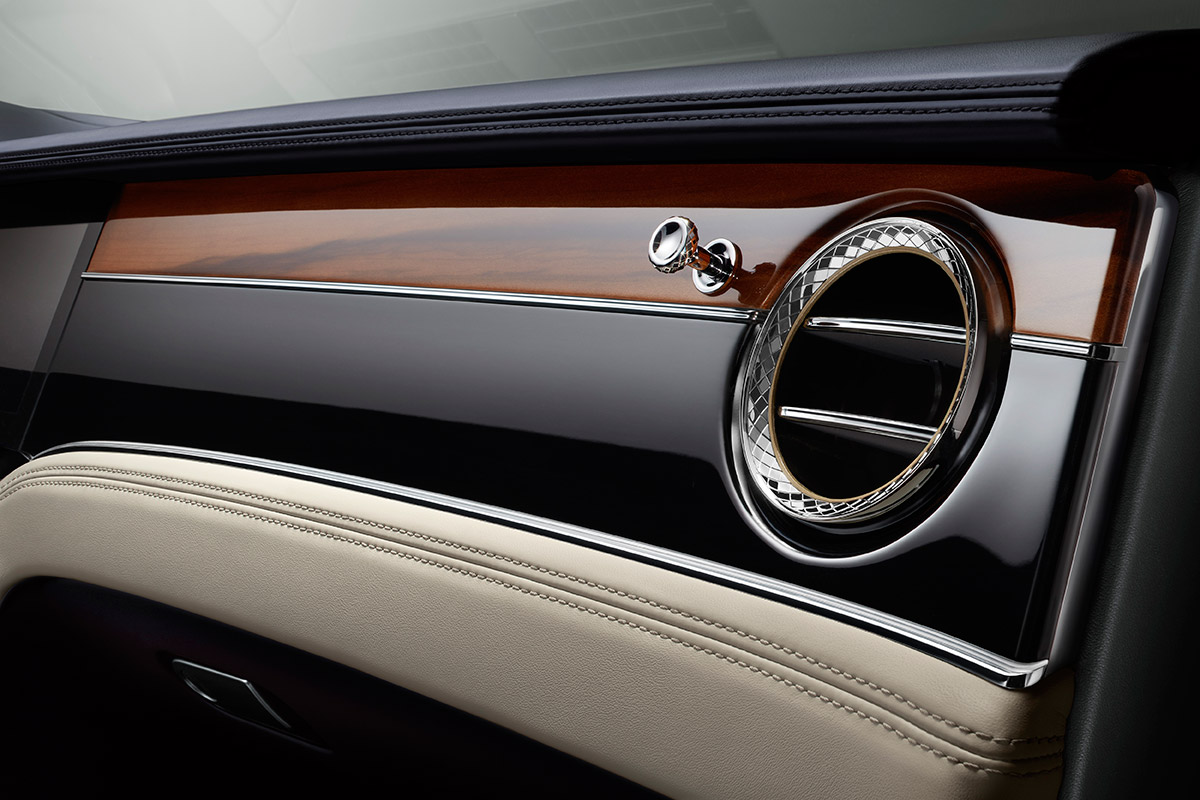 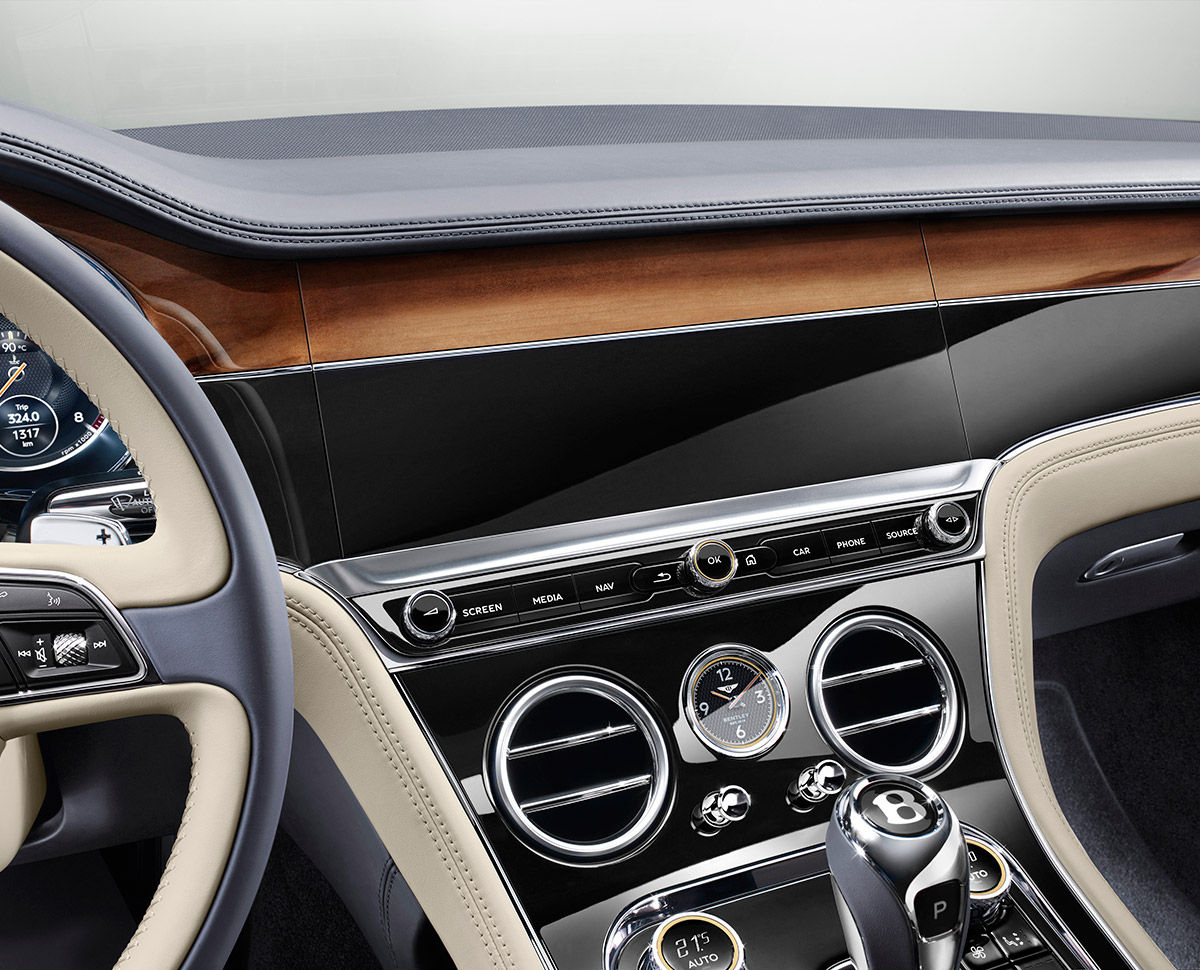 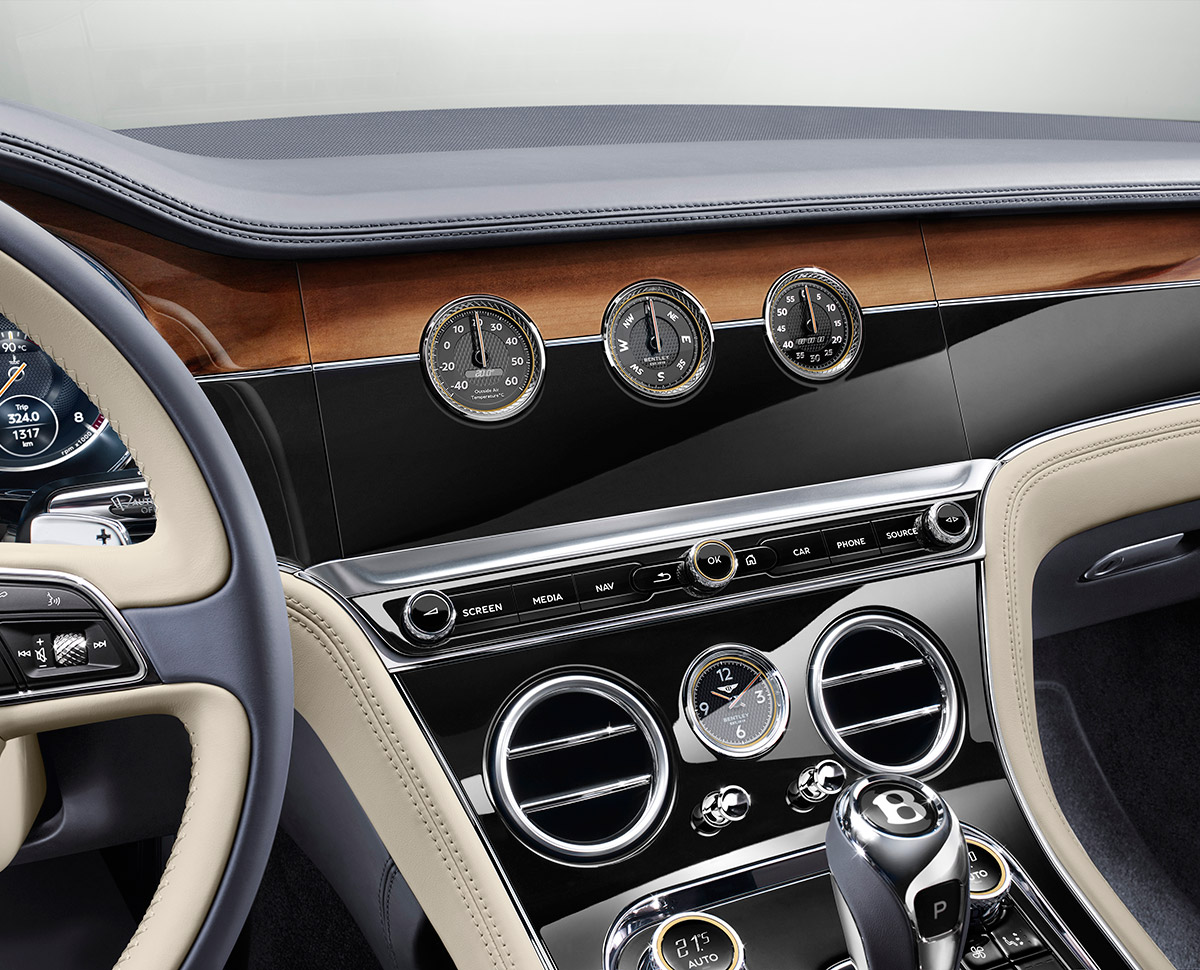 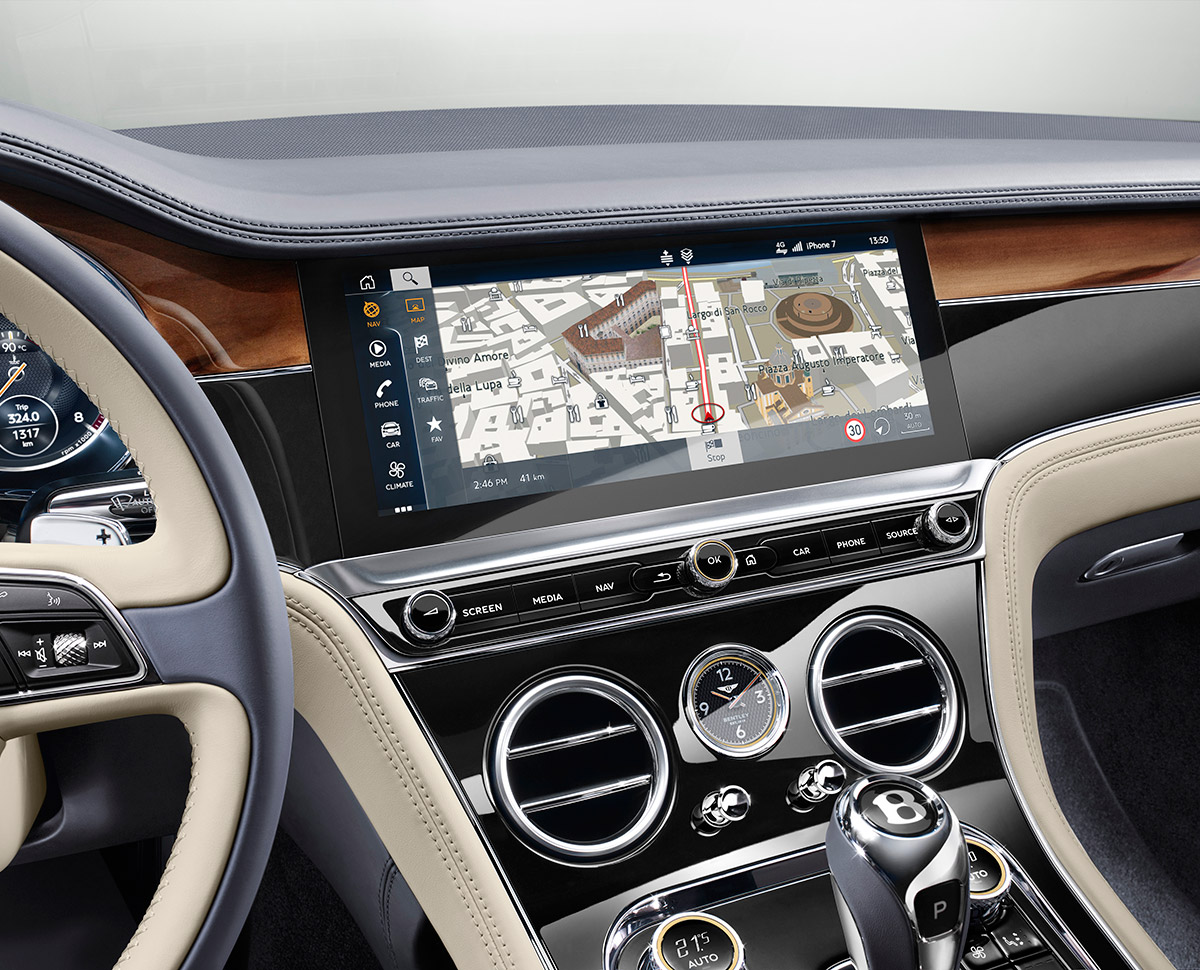 As for more consumer-facing tech, Bentley has whipped up two distinct packages. The "City Specification" offers a handful of safety and convenience features sure to please any city-dweller, including a hands-free trunk opener, pedestrian detection, and a 360-degree top-down camera to ease the minds of parking valets everywhere. For those who want the Continental GT to live up to its Grand Touring suffix, the "Touring Specification" will deliver a suite of options to make highway driving a breeze: traffic jam and active lane assist, a heads-up display, night vision with an infrared camera, and automatic braking.

Still, it wouldn't be a Bentley if it didn't come with "virtually unlimited" customization options. Up to 70 exterior colors will be available, along with 15 different carpet choices, 8 unique veneers, and 15 leather options. For those who want their new Continental GT extra resplendent, the fine folks at Mulliner will once again offer their services to create the bespoke Bentley of your dreams. And if that's a few too many choices to handle, a Mulliner Driving Specification appearance package will do the work for you by adding 22-inch alloy wheels, that "diamond-in-diamond" quilting inside, custom veneers, sport pedals, and the pièce de résistance, a "jewelled-finish fuel filler."

Oh, and if you haven't yet, be sure to check out the ride-along and deep dive The Drive did with the new Bentley Continental GT before it even launched. You won't regret it. 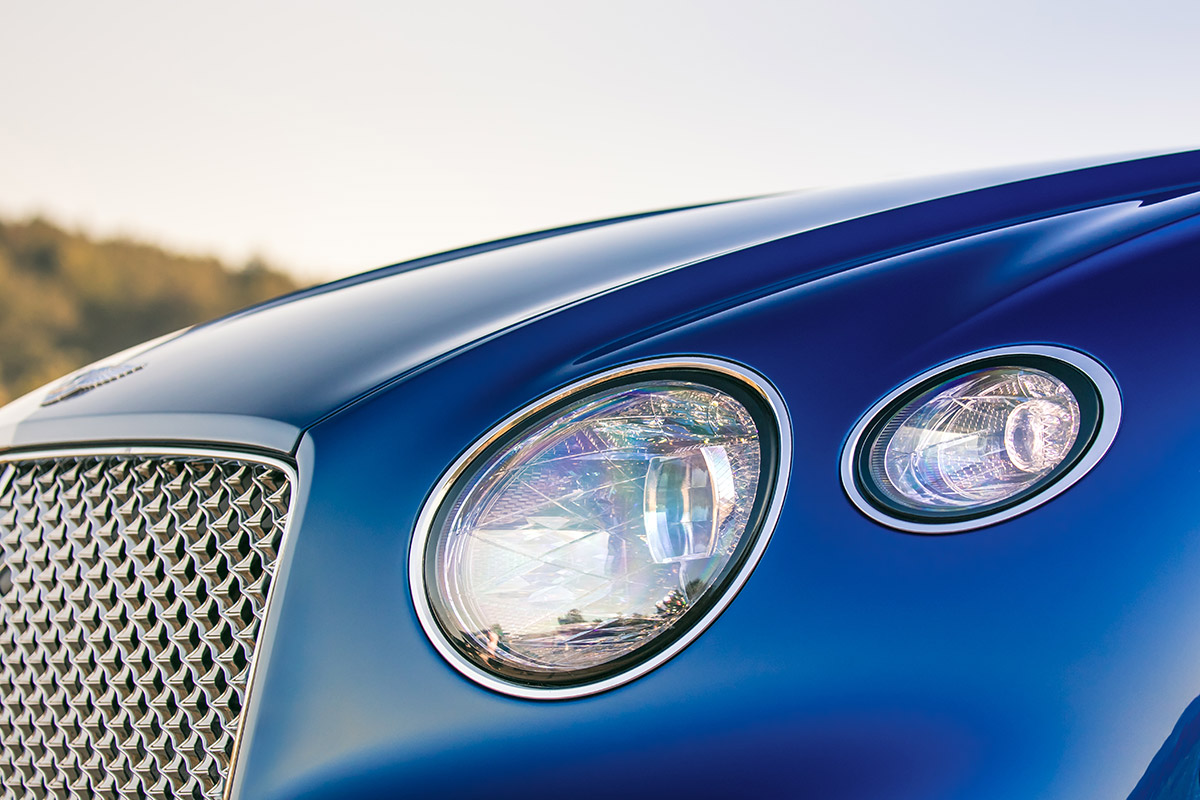 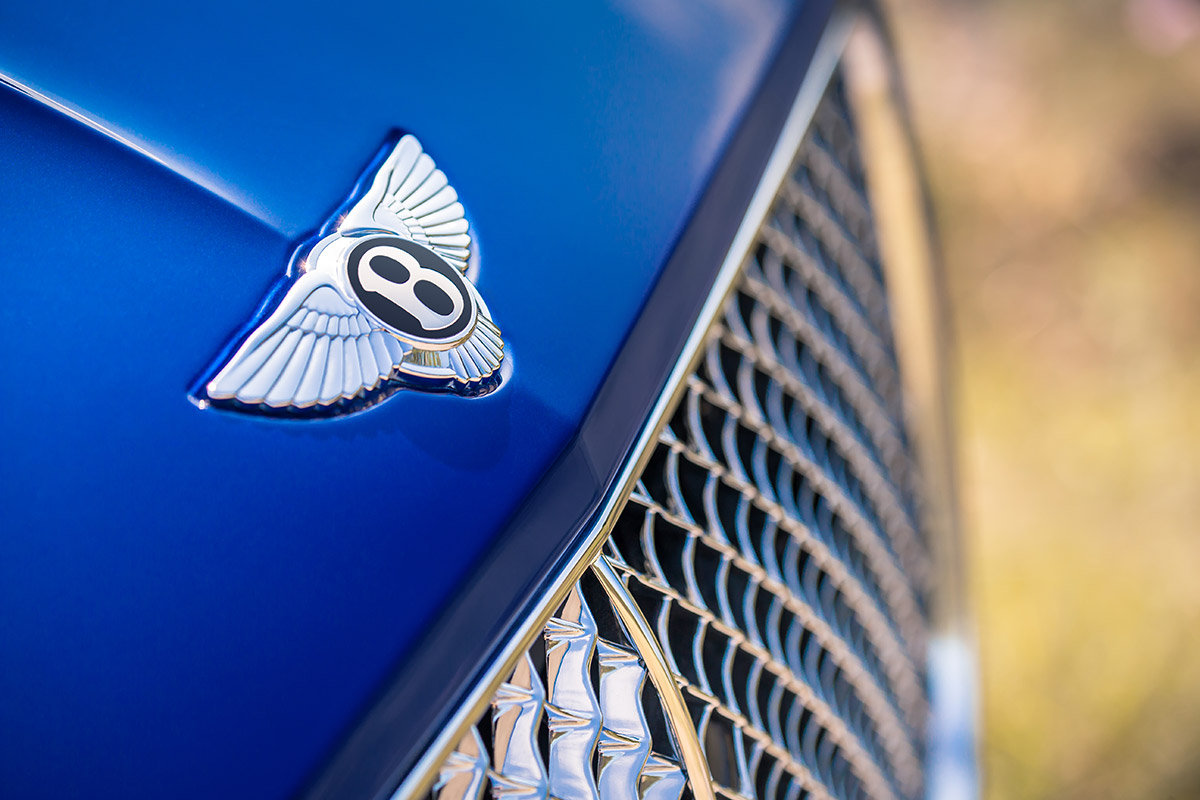 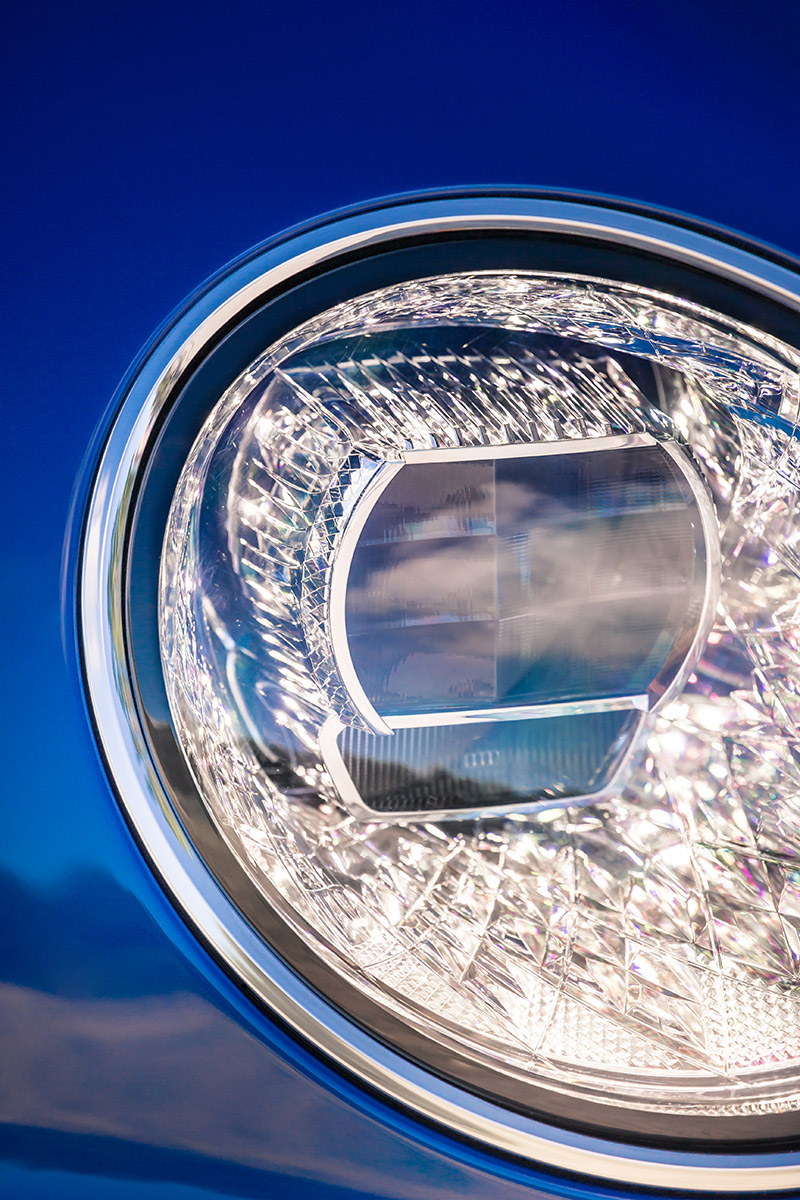 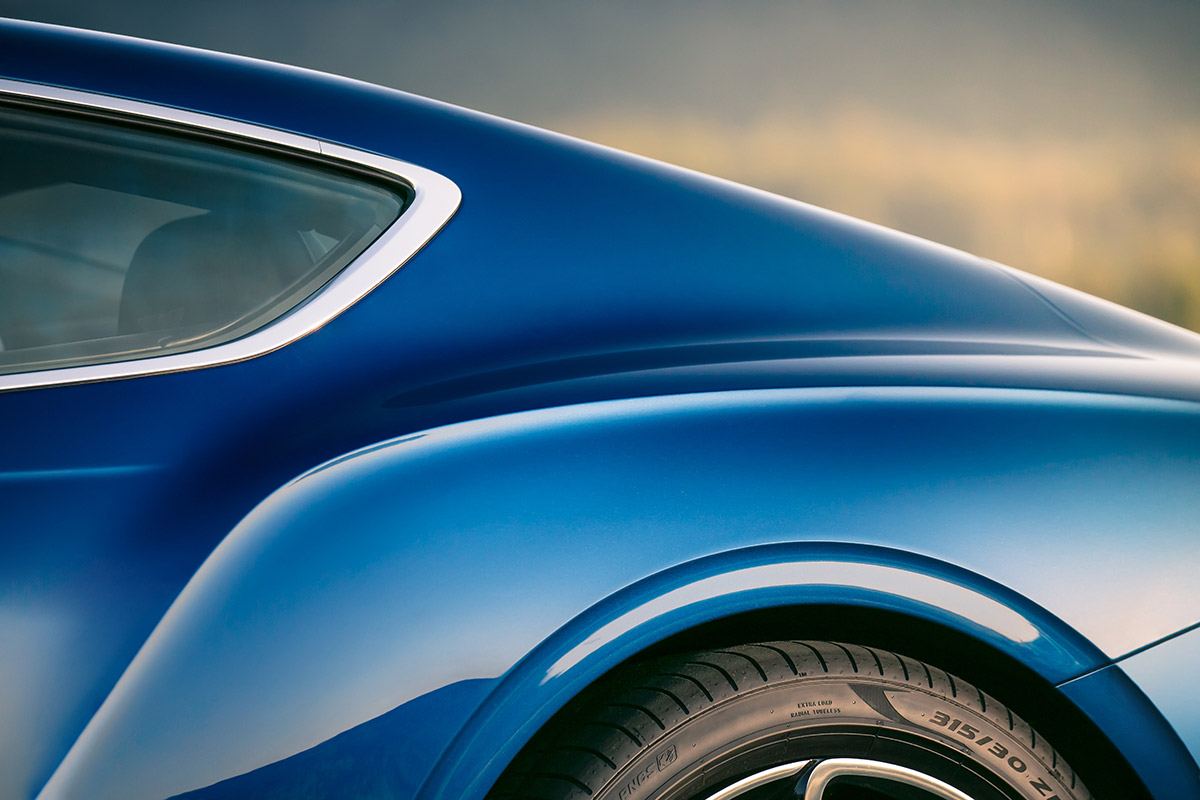 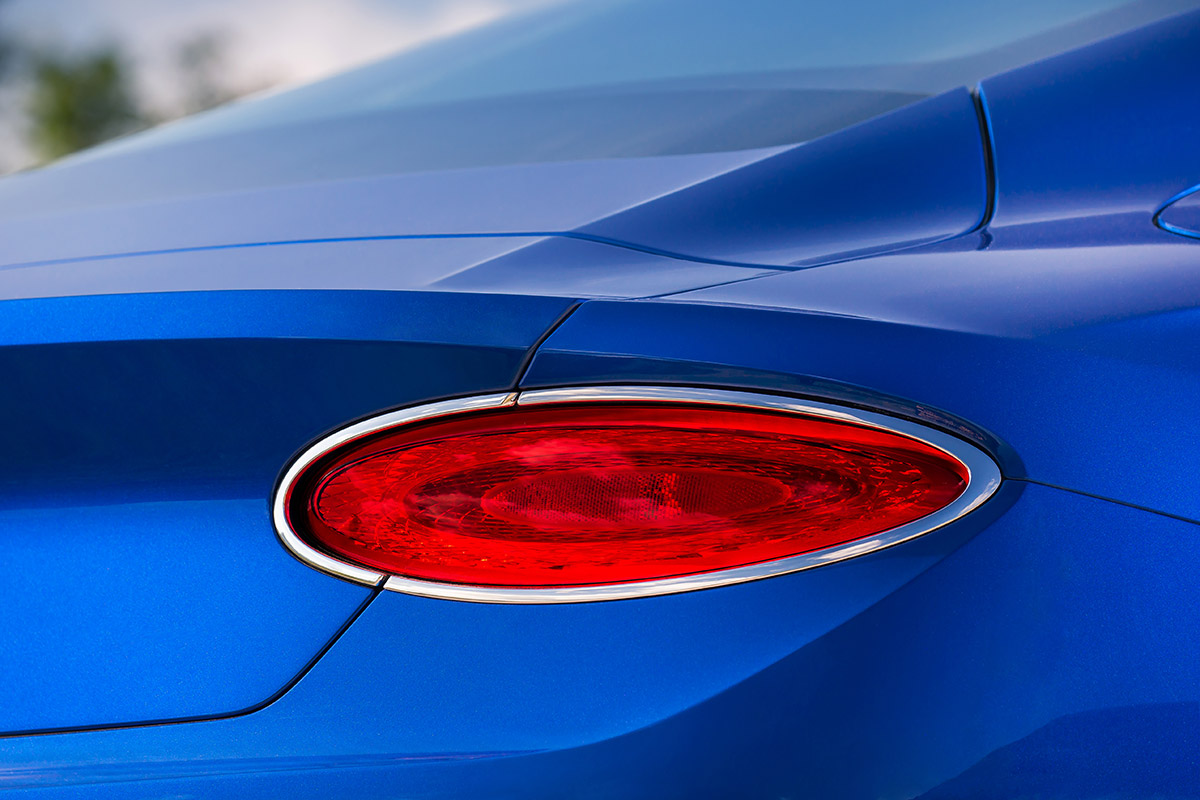