The 44-page report outlines how Ford is approaching technological and regulatory challenges. 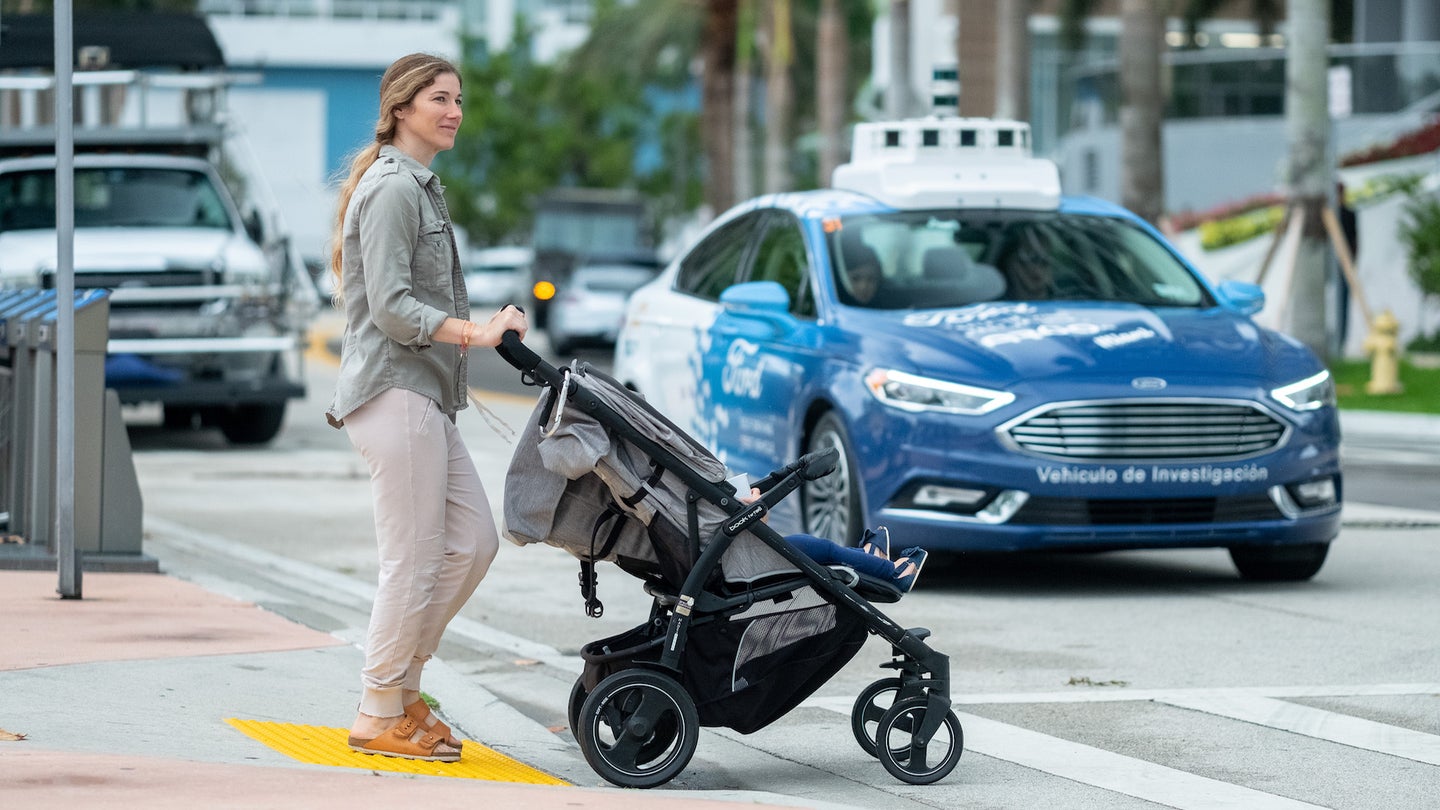 Ford's Autonomous Driving Program CEO, Sherif Marakby, released a letter he recently sent to the U.S. Department of Transportation Secretary Elaine Chao that outlined the automaker's methodical approach to self-driving vehicle development. Included with the open letter is a 44-page report titled "A Matter of Trust," which details the steps the company will take to ensure its self-driving vehicle program is the safest it can possibly be as it progresses through the years.

The report begins by establishing the automaker's reasoning for creating self-driving vehicles in the first place, citing changes in how people move and how they approach concepts like vehicle ownership and vehicle sharing. Furthermore, it also makes a case for why vehicles need to evolve in the near future and the many ways Ford believes it would improve people's lives.

The American automaker aims to mass-produce its first purpose-built self-driving vehicle by 2021 but did not release any specifics. However, the report stated that it won't be available to the general consumer, so it will most likely be a commercial or public transport application such as ride-hailing services or package delivery. Given Ford's extensive knowledge and experience with their current commercial and public safety vehicles like the Transit van, Police Interceptor, and Super Duty line of trucks, they claim to have a solid base for designing self-driving vehicles that can stand up to the rigors of fleet duty.

When it comes to safety, Ford addressed how they're making sure their test cars remain safe at all times, especially in the wake of the Uber Self-Driving Car fatal crash in Arizona, which left many people shaken up about the safety of autonomous vehicles. The report claims that every car that Ford tests has a two-person team consisting of a driver and co-pilot, and that the driver must keep their hands near the wheel and take over in case of an emergency, while the co-pilot monitors the self-driving systems.

"A Matter of Trust" reveals that Ford's recent partnership with Domino's Pizza to create self-driving pizza delivery vehicles has revealed a couple of problems to overcome in this segment—one of them being finding curbside parking in a city environment where vehicles have been programmed to avoid double parking. Ford also observed how people interacted with the vehicle during the study to help determine what the best designs may be for the future of its vehicles. They found that customers liked the instructions that played over the speakers, with some customers talking back to the car and even saying "Bye" as the car pulled away.

And speaking of "talking to cars," Ford also laid out plans for a self-driving car language, which is how self-driving cars will communicate their intent to people near them via a light bar that mounts in the front windshield and uses different light patterns to communicate with cyclists and pedestrians.

This in-depth report takes an important step forward in regards to a subject that's often talked about but often misunderstood, and it shows a certain level of commitment to the future in this rapidly growing space. In a nutshell, it appears that Ford wants to try and educate the public about how self-driving vehicles will be integrated into society and how it thinks it will be able to do so without causing unnecessary risks.